John Ostrander: Are You Artistically Experienced? 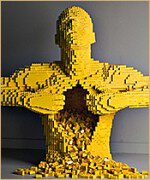 Last week I wrote about seeing The Wizard of Oz again on the IMAX screen and how, once more, I really enjoyed the film. Since then, I’ve reflected on how my attitude towards the film has changed over the years.

The first time I saw Wizard was in the 50s on a relatively small black and white set. To be honest, I was not very taken with it. I was probably about eight or ten and The Guns of Navarone was far more my speed. Also, as I said, I saw it all in black and white and so the moment when the film transitions to Technicolor was lost on me until we got a color set. That’s when I got it and started to appreciate the film more.

What has really changed over the years has been what I bring to the film as I watch it – or any other film I see again or any book I re-read or piece of music that I listen to more than once. The work itself, in those cases, doesn’t really change. Oh, it might be restored or, in the case of The Wizard of Oz, blown up for the IMAX and have a few 3D effects tossed in. However, the fundamentals of the work do not change. I have changed.

To give an example, when I was in 8th grade at St. Jerome’s RC Grade School, I watched and was taken up with the TV version of Going My Way. This wasn’t the Bing Crosby movie, which I didn’t see until much later. This one starred Gene Kelly in the Bing Crosby role and Leo G. Carroll (previously of the Topper TV series and later of The Man From U.N.C.L.E.) in the Barry Fitzgerald role. I was very taken with it and with the idea of being a parish priest, so much so that I signed up for the seminary.

My “vocation” (as such things were called) didn’t last more than my freshman year but that year in seminary had a profound affect on my life and has been highly influential in my writing. It all stems back to that TV series version of Going My Way. I doubt very much it would have the same influence on me today because I’m a different person. I would bring a different self to it. I might find memories – ghosts – of who I was back then but seeing the series again wouldn’t have the same effect on me.

Any artistic work is like a light switch. The potential is there even when the switch closed. However, it takes the person encountering that work to flip that switch so that the electricity flows. That’s when the work is truly experienced. Part of the magic is no two of us experience that same work in exactly the same way.

The work created has the artist’s intent and exists as his or her self-expression. It has a life of its own, often independent of the creator (witness Sherlock Holmes). The experience, where the work really lives, happens only when someone encounters it, takes it in, brings his or her own life to it, when they really participate in it. A good example are comic books – a comic book page exists in a static form but the reader somehow uses the gutters to “see” and experience the action move from one panel to the next.

This essay exists whether you read it or not but it only reaches its full potential when you read it and, even better, it affects you. Then we shall have shared thoughts, feelings – an experience.