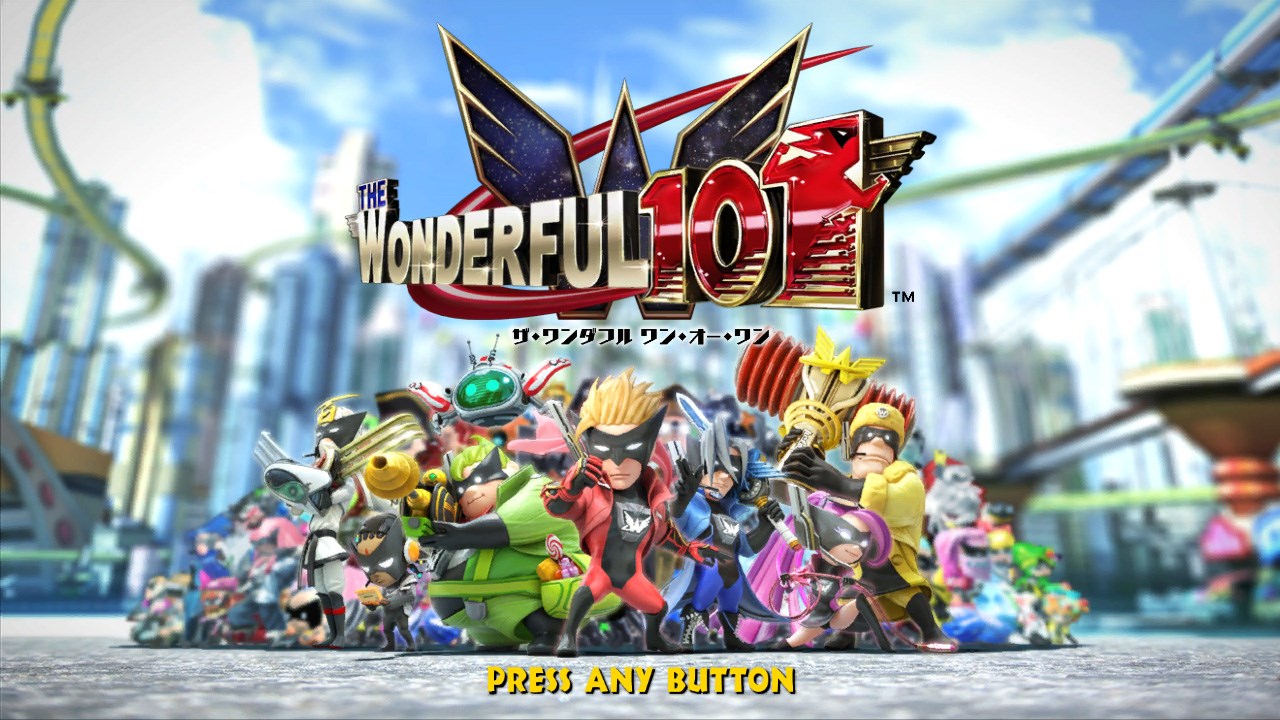 The Wonderful 101 has been a year coming – it’s been part of Nintendo’s many show reels for the Wii U system since its release, and it was one of the most popular demos at last year’s New York Comic Con.  And it has been worth every minute.

Conquering alien horde Geathjerk has set its sights on Earth, and the secret army of the Centinels, code named “The Wonderful 100” is out last hope against with you leading them, the “101st”.  The team saves citizens, and then quickly deputizes them into duty, using them like building blocks to form weapons and tools to fight the rampaging monsters.

Another work from  Hideki Kamiya, produced by Atsushi Inaba, it’s got a lot in common with their Viewtiful Joe series for the Game Cube.  If Viewtiful Joe was a love letter to the Kamen Rider series, Wonderful 101 is a love letter to the Super Sentai series, the shows they use to bring us Power Rangers.  Like Joe before it, the game is rife with fourth-wall breaking comedy, over the top action and magnificent character design.

Also like its predecessor, the game is VERY complex.  With dozens, potentially hundreds of heroes and villains on screen at once, things can get very small very quickly, combine that with a control system that at various times uses all the buttons of the Wii U Game Pad, including drawing on the screen, the playing is required to do quite a lot, quite often.  Reasonable progress can be made with button mashing (and a very welcome “very easy” mode) but there’s enough opportunity for impressive combos and innovative gameplay to keep a dedicated gamer engrossed.  With a hundred hidden characters to find and many times that in hidden items, the replay value of the game is vast.  It takes advantage of the Wii U Game Pad to deliver a new playing mechanic.

The work pays off, as the story is filled with many twists and turns, skewering the tropes of tokusatsu while it tributes them.  The character design alone will keep you laughing for days. (Wonder Beer? Wonder Toilet?).  The theme song, “Heroes’ March” that plays under the action, is a wacky ditty that sounds like what would happen of John Philip Sousa did the theme for a Power Rangers show, orchestrated by Jim Steinman.

The complexity may make it the kind of game that might turn a casual player off, but for the hardcore gamer (not to mention fans of Japanese science-fiction) it’s a treat.