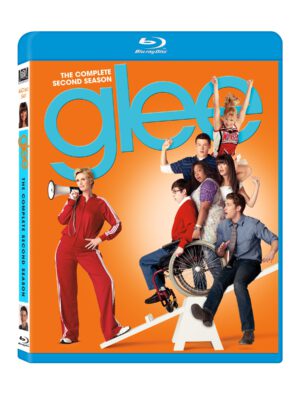 [[[Glee]]] is an amazing phenomenon, arriving seemingly out of nowhere and immediately capturing the interest of tweens, teens, and adults. Fox had a juggernaut on its hands and rode the wave with tremendous success during its first season.

The second season, though, proved less thrilling, largely due to co-creator/co-producers Ryan Murphy and Brad Falchuk demonstrating an inability to plan character arcs far enough in advance for things to feel organic. The sophomore slump hit this show and like many other fads, appeared ready to burn out quickly. The third season has proven stronger at the start although the ratings have yet to match last year. Similarly, their live tour didn’t fare as well and the 3-d concert movie fizzled in August.

Still, there are lessons to be learned from the second season, now out as a six-disc set from Twentieth Century Home Entertainment. At the center of the show remains the tender relationship between Kurt Hummel (Chris Colfer), still coming into his own as an out and proud gay man, and his struggling father Burt (Mike O’Malley), who loves Kurt but feels adrift at helping his son cope. Their relationship took front and center in two episodes, one in which Burt marries Finn’s mother Carole Hudson (Romy Rosemont); and one where Burt has to have “the talk” with Kurt about using protection and being safe with his one true love, Blaine (Darren Criss).

The show, though, felt fractured and adrift throughout much of the season. The war between Sue Sylvester (Jane Lynch) and Will Schuester (Matthew Morrison) felt over after one season so the producers had no idea what to do with her, except go to extremes such as recruiting others with a grudge against the glee singers and forming a team of incompetent super-villains including Terri Schuester (Jessalyn Gilsig), who really should have been written out by now. It was interesting early on to see Coach Bieste (Dot-Marie Jones) as a female football coach confront Sue but it went nowhere. And then the tender side of Sue, that humanized her, was ripped away from us when her sister died making for the maudlin “Funeral” episode.

In fact, many arcs and relations came and went without set-up or conclusion. Brittany (Heather Morris) went from everyone to solely Artie (Kevin McHale) much to Santana’s (Naya Rivera) regret in a lesbian romance thread that came out of the blue. Even though Burt and Carol married, the impact this had on Kurt and Finn (Cory Monteith) was barely mentioned let alone explored. Similarly, Sam (Chord Overstreet) arrived and didn’t get much to do until it was revealed his family was living in a motel and with him gone form the third season, this touching storyline is gone.

Several characters were left without much to do, notably Quinn Fabray (Dianna Argon) who had a lovely arc in the first season and was given short shrift until the final episode. Too much attention was, instead, focused on newcomers like Lauren (Ashley Fink). And when it came to the musical numbers, Lea Michele and Colfer predominated so when Rivera and Mark Salling got to sing, you forgot how good they can be. 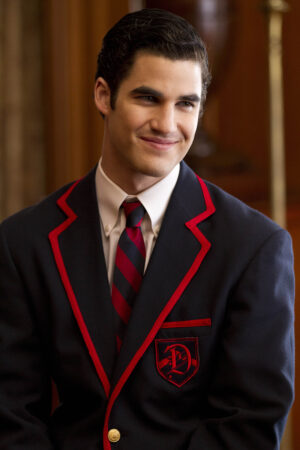 The Meta arc for the season was striving to get to nationals and a trip to New York which led to a nice concluding episode but getting there was at times painful to watch.

Still, there’s plenty to like including a nice mix of musical numbers from classic Broadway to modern Top 40 pop. The musical variety proved to be one of the season’s hidden strengths and credit to Murphy for the selections. And I can tolerate the Lady Gaga episodes if we continue to get tributes to cult classics like Rocky Horror.

The six discs include numerous extras scattered across all of them, complete with Glee Music Jukeboxes that can be played straight through or put on shuffle so you can have just the musical highlights. Additionally, there are short and interesting pieces such as making the Rocking Horror and New York episodes, a tour of the auditorium set, and a look at Madame Tussaud’s turning out an amazing figure of Sue Sylvester. The Glee Panel from Comic-Con 2010 is filled with foreshadowing comments that shows what was on the producers’ minds even then. The naïve but adorable Brittany is the focus of two shorts, clips of her wittiest sayings and a look at a day in her life on the set.

It certainly beats a slushy to the face but also shows how much stronger the season should have been.