Mindy Newell: The Doctor Who Dream Of Isabel Sofia Newell 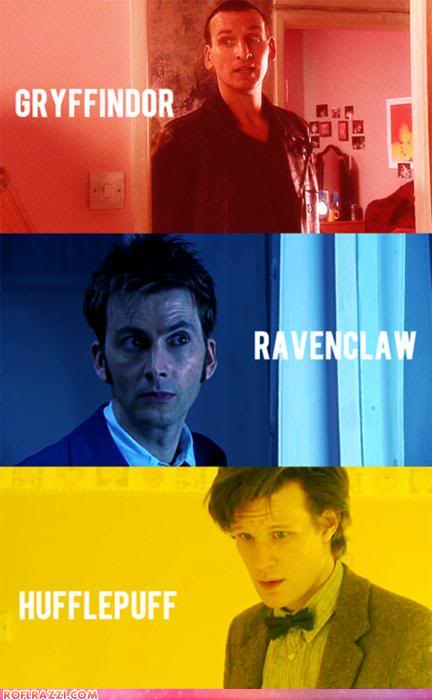 It All Gives Me A Headache: Part Three (otherwise known as “Multiverse University”) is pre-empted this week to present a column by a special guest.

A few months before her birthday, Isabel asked me if I watched Doctor Who.  “Oh, yeah,” I said.  “Do you?”  She hadn’t, but all her friends were raving about Matt Smith.  “Tell you what,” I said.  “I’ll get you the DVD set of Doctor Who.”

But I made a mistake.  I only got her the 11th Doctor’s series.  I figured that if she liked Matt, I would backtrack and get her the Chris Eccleston and David Tennant series.

But my brother thought it would be best to start at the beginning – plus I think he was curious about the whole Whovian phenomenon – so, using Netflix, Isabel and he have been binging on the Time Lord, starting with the 9th Doctor.

And Isabel had a dream.

You think you have had the best dreams about the Doctor and his TARDIS?  You might want to think twice.

It started like this. I got on a bus to Hogwarts.  I knew something was wrong because you take the train to Hogwarts, not a bus.  I had just put my luggage away when I looked out the window of the bus and saw the Doctor standing there watching me.  Before I could do or say anything the bus took off and then just as suddenly stopped.  I got off the bus.

We were at Hogwarts, and…

…it was in the middle of town.

Again I knew something was wrong.  And no way was I going to go into Hogwarts if it was so public.

Then I saw the Doctor walking right towards me, but something was wrong again, because right in front of my eyes he suddenly split into the 9th, 10th, and 11th Doctors!

“This is crazy!” I thought to myself, and started running.

I fell down and looked up.

I was staring at a Cyberman and a Dalek.

Suddenly I had a sword in my hand.

I swung, striking the Dalek in its eye.  I swung again, and exposed the Cyberman’s emotion-blocking chip.  I reached in and pulled it out.  Both the Dalek and Cyberman exploded into tiny bits of metal that rained down upon me.

I stood up, searching for somewhere to hide.

I ran to it, but I couldn’t open the door.

I saw the three Doctors coming towards me.  I knew that I had to get away from them.  I knew they couldn’t all be together at one time.  That they were not my friends.

I ran into a darkened theater.  I looked back.  The three Doctors were still on my tail.

I kept running until I couldn’t run anymore.  I collapsed.  The three Doctors were almost upon me.  I had lost my sword.

Then all of a sudden the three Doctors merged into one, and it was the 10th Doctor.  He picked me up, brought me into the TARDIS, laid me down on a bed, and gave me a kiss on the forehead.

And I knew that I was safe.

Isabel Sofia Newell is a vivacious 13 year-old who I have known since she was born.  A young woman of many talents, she is an accomplished blue-ribbon equestrienne on the show circuit, a cellist with PhilOrchKids – the Philadelphia Orchestra’s young musician program – and the Symphony in C Orchestra intensive summer camp based at the Gordon Theater at the Rutgers-Camden Center for the Arts in Camden, New Jersey.  She is also a gifted singer, who has wowed audiences with her performance as everybody’s red-haired orphan, ANNIE, in junior summer stock.

Isabel is also a voracious reader, a fan of, among other things, Bone by Jeff Smith, the Archie family of comics, Percy Jackson, and, of course, Harry Potter.

And just recently, Isabel has become a Whovian.