Emily S. Whitten: On The Road At Dragon Con 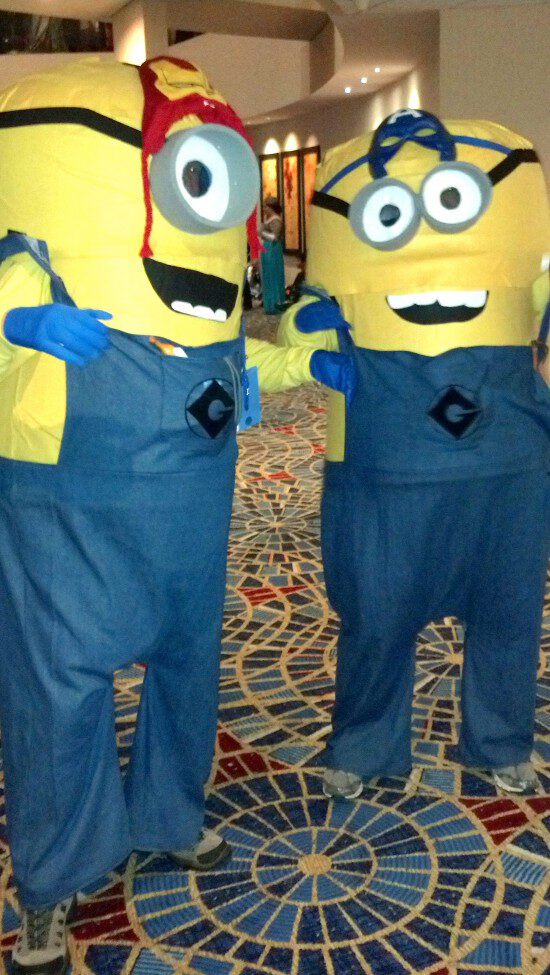 By the time you read this, I’ll be winging my way out of Atlanta and back home; but as I write, I am still in the thick of the exciting events of Dragon Con! I’ve had some great fun this weekend, and it’s not even over yet!

So, what the heck have I done this weekend? Seriously, guys, what did I do? It’s all kind of a blur. A really fun blur, mind you! But…let me think…

Oh yes! I interviewed Michael Rooker, Maurice LaMarche, Raphael Sbarge, Charlie Schlatter, and Jim Butcher, and checked in with John DiMaggio for more news on his awesome voice actor documentary (which I now have!) so look for those interviews and a documentary review coming your way soon!

I also had some experiences you can only have at Dragon Con—like looking over a food table with Richard Hatch and then being asked if I wanted to be part of a documentary he’s doing about geek and nerd culture. To which I naturally said, “Sure, why not,” and went and got interviewed.

I then got to chat a bit with some of the other cool guests at the con. I asked James Cosmo (Game of Thrones) how they constructed the Wall for filming, and he told me that although some of it was CGI, they actually built a 400 to 500-foot wall in Northern Ireland with a working elevator—and then Kit Harrington (Jon Snow) got stuck in it halfway up.

I learned that Natalia Tena (Harry Potter, Game of Thrones) has known how to play the accordion for five years, that she picked it up “because I already knew piano and I just wanted to learn” – and that she’s in a band with the coolest name ever, “Molotov Jukebox.” How neat is that?

Seth Gabel shared that his character, the Count, was supposed to have a bigger story arc in Arrow, but Seth could only be on set for one day, so they couldn’t use the whole story. BUT he thinks he’ll be back, so maybe we’ll see that character arc yet…

Jamie Murray was delightful, and agreed that her character on Dexter was one that people loved to hate. She also shared that filming the crazy fire scene was “a bit dodgy,” but that she really loved that scene.

Kandyse McClure of Battlestar Galactica is very down-to-earth, and we had a great chat about all the cool things she’s learning to do during home renovations – like sand and stain furniture and weld things. Go, Kandyse!

Genelle Williams of Warehouse 13 told me she’s on a new show called Bitten that’s airing soon (but not picked up yet in the US), with Laura Vandervoort of Smallville, in which Laura plays the only female werewolf in a pack, and Genelle plays a werewolf’s girlfriend. Genelle reports that the show is really fun and that Laura’s werewolf is awesome because she’s a badass who hunts with the pack and doesn’t show vulnerability.

And from the Once Upon a Time panel, we learned from Jane Espenson that we will be seeing Ariel, Eric, and Ursula in the new season, and that Ariel may be somewhere other than Storybrooke (Neverland, perhaps?). So that’ll be fun to see.

That’s all the Dragon Con news for now, but stay tuned for all the great Dragon Con interviews, and until next time, Servo Lectio!