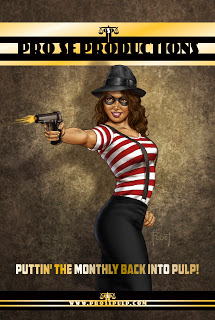 Boeckman, a 92 year old author/world traveler/jazz musician self published SUSPENSE, SUSPICION, & SHOCKERS last year.  Boeckman, with the assistance of his wife, Patti, is in the process of publishing a second collection, SADDLES, SIX GUNS, & SHOOTOUTS.  This collection of 10 stories was written by Boeckman, many of them under the name Charles Beckman,  Jr. and were printed in Pulps such as Western Ace High, Star Western, and others.

Following the first collection, Pro Se annnounced a new imprint entitled CHARLES BOECKMAN PRESENTS… that would feature new stories written by modern authors around characters Boeckman created and that were featured in the first book.  Pro Se announces today that characters featured in Boeckman’s western collection will also be made available to writers for us in the CBP imprint and that an open call is now being made for proposals featuring these characters.

“Charles Boeckman,” Tommy Hancock, Editor in Chief and Partner in Pro Se, states, “is a living legend.  Maybe his name isn’t as hallowed as Dent, Gibson, or others, but when you not only take into account this huge body of work he produced, but also the fact that he worked well into the era of the digest and is still writing today, he has few comparisons.  And then add into that the fact that the man writes westerns as two fisted and hard bitten as his suspense and mystery stories but also very much solidly Western.  There was no way Pro Se could do CHARLES BOECKMAN PRESENTS without including a cast of frontier cowboy types that rode out of his mind and right onto the pulp page.”

Pro Se announces an open call for stories featuring western characters from Boeckman’s collection. Although each individual digest in the line may focus on a different theme or character, they will all appear under the CBP banner, and will feature new stories based on Boeckman’s work.

“This is an open call,” Hancock states, “to any and all writers who might be interested in trying their hand at Charles’ western characters.  The first step in this process will be for interested writers to look over the brief descriptions of the characters provided and email Morgan Minor, our Director of Corporate Operations, at tommyhancockpulp@yahoo.com with any and all they may be interested in.  Based on that interest, story bibles and other information will be sent to interested authors who will then be required to draft a proposal for a story, length being minimum 8,000 words to a full novella length of 30,000.  The proposal must be no more than a page long and, if the writer has never submitted to Pro Se before, a writing sample of at least 3 pages of narrative must be supplied as well. One thing to note, also.  Although these characters were originally created by Mr. Boeckman and  Pro Se will be insuring that they remain true to the source material, we are not wanting any writer to ape or copy Mr. Boeckman’s style.  We will be great stewards of these classic ideas as well as the skills and styles of the modern writers pouring life into them.” 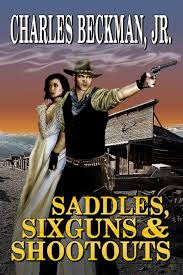 The characters being utilized from Boeckman’s latest collection are-

Art Billow from ‘Bad Man From Boston.’  Crippled Art Billow lied his way into trouble and had to be the hero he’d imagined himself to save townsfolk. Now it’s a year later and he’s returned from the East, no longer a cripple, and ready to enjoy the results of his heroics…if he can keep it up as more trouble descends on his adopted hometown.

Clayton Traveler from ‘The Kid Comes Back.’
Traveler returned and took everything from the man who’d destroyed his family, including the heart of the woman he loved.  She remained with the villain, though, as he was a broken man as Traveler drove cattle to the market.  Now Traveler returns to a town that he essentially owned when he left to either make his name as lord of the realm or die trying to keep alive.

Ollie Downs from ‘Stagecoach to Hell.’  Ollie Downs tried to get out of town before an old enemy came hunting him, but the original story ends with him walking down the street to face his past.  What happens after the former gunman/now barber and resident doctor of the small western town stares down a killer?

Jim Brady from ‘Home is the Killer.’  Jim Brady rode into town a disgruntled veteran looking to take a dead man’s life as his own.  He came out with a wife, children, a spread, and a hero to boot.  Now all he has to do is keep all he has acquired of the life of a man he took a picture from on a battlefield.

Bull Hubler from ‘Bitter Reunion at Rimrock.’ Bull rode into town to help a woman who’d left him for another man, to keep him alive, and uncovered more than either of them bargained for.  Now with his woman returning to him, they have a daughter to raise in the wilds of the West and that is doubly hard for a man of Bull’s temper and reputation.

Ed Brennan from ‘The Devil’s Deadline.’ Surviving the threats of a crooked sheriff and keeping his small frontier newspaper as a result, Ed Brennan continues to fight and write for what is right and just in a town full of cowpokes, outlaws, cattlemen, and misfits.

Steve Kent from ‘Hell’s Cargo’-Steve Kent, expert Riverboat captain, went after the man who’d taken his boat and woman, the man who’d taught him the river, and won.  Now, along with new love Lucy Furman and his Irish engineer, Mike O’Shean, Steve has two options- To continue on the river and save money for his sojourn out west or to strike out into the frontier- Both types of stories will be welcome!

Also, Pro Se is still taking proposals for characters from Boeckman’s mystery/suspense collection, SUSPENSE, SUSPICION, AND SHOCKERS.  The first volume of CBP has debuted, featuring Johnny Nickle.  More Nickle stories are welcome as are any stories on the other characters.  Those characters are as follows- 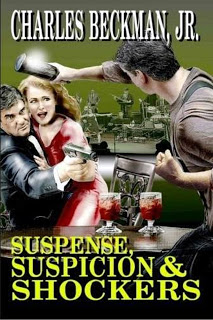 Detective Mercer Basous from ‘The G-String Corpse’- A homely 1970s New Orleans Detective who knows three things very well- New Orleans, the people that make it up, and how to do his job.

Big Lip from ‘The Last Trumpet’-A piano player on1950s Broadway who solved the murder of his great friend and one of the greatest horn players the world has ever known who moves onto further tales and adventures in a band in a world without The Earl.

Buddy Gardner and Frank Judson from ‘Blind Date’- Frank, a mid 1960s small town reporter, and Buddy, a deputy in the small town with detective skills to spare, find new stories and cases to follow and crack in Kingsbury after their initial tale, where Frank finds a dead woman in his trunk that all evidence said he had an affair with, then murdered, but he’d never met her before.

Lt. Mike O’Shean ( Yes, just like in the Western story) and Lil Brown of the Daily Herald from “I’ll Make The Arrest”-Mike O’Shean, a passionate two fisted cop  of the early 1950s who sinks his teeth into a case and won’t let go, even if it kills him, and Lil Brown, the reporter who knows her job and city better than anyone…and knows O’Shean better than that.   These two are at the beginning of what may be a beautiful relationship if crime and corruption don’t get in the way!

Doc and Sally from ‘A Hot Lick for Doc’-Fresh in 1950s LA from their debut tale, Doc, a washed up clarinet player who found his music again following being involved and solving a murder, and Sally, the recovering heroin addict who accompanied him, would be ready to write new tunes and chop a new life out of whatever life and LA throws at them.

Johnny Nickle from ‘Run, Cat, Run’-A trumpet player who’s claim to fame was having played on a supposedly haunted Jazz Classic that led to him being on the run from a curse and a murderer for years, Johnny Nickle is now back on top in the early 1950s blowing his horn and finding trouble almost everywhere he finds a stage to stand on.

The stories will be set in the periods mentioned for each of the characters.  If a writer wishes to go beyond that period, then that must be clearly mentioned in the proposal.

Deadline for initial proposal submissions on the Western Characters is June 10, 2013.  Proposals for the Mystery/Suspense characters are accepted at any time until a book is filled. 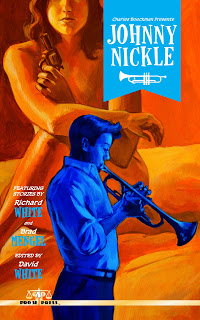 Other characters from Mr. Boeckman’s many stories may be added to the available list to write from at a later date, Hancock points out, but these are currently the only characters discussed thus far.