Entertainment Weekly reports that Alex Kingston (ER, Doctor Who) will be joining the cast of The CW series Arrow, based on the DC Comics character Green Arrow. Kingston will join the cast as Dinah Lance, mother to Laurel (Oliver Queen’s girlfriend) and her late sister Sarah, as well as ex-wife to Detective Quentin Lance. 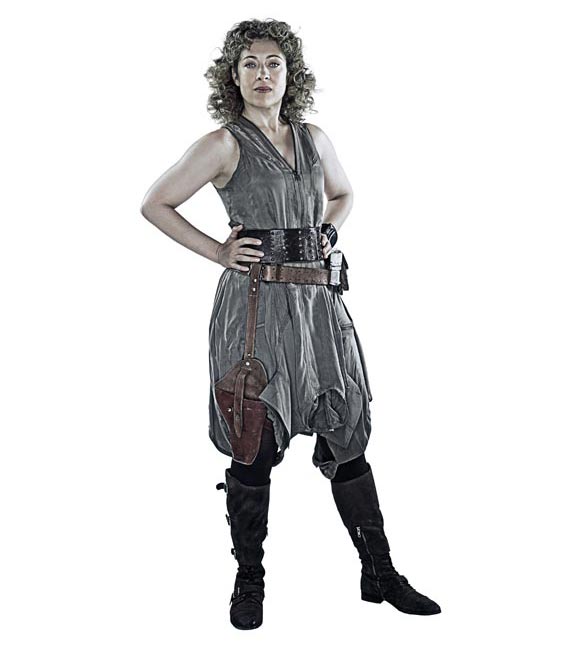 Kingston joins a growing list of actors on the show who have also appeared on Doctor Who. Kingston plays the enigmatic River Song, a woman with a very convoluted history and lineage.  John Barrowman joined the cast some weeks back as billionaire Malcolm Merlyn; and Colin Salmon, playing Moira Queen’s new husband Walter Steele, played Doctor Moon in the Two-parter Silence in the Library / Forest of the Dead, the story that introduced River Song. Ben Browder, star of both Farscape and Stargate-SG1, and played Isaac in A Town called Mercy will appear next week as Ted Gaynor, an employee of Blackhawk, a security concern.

Many characters from DC Comics have appeared in the series, though most have been adapted without their superhero monikers.  In the comics, Dinah Drake Lance is the original Black Canary, and her daughter Dinah Laurel Lance is the modern-day version. The aforementioned Merlyn is a professional assassin who uses a bow and arrow as well, while the TV version has only recently shown his proficiency with the weapon. Helena Bertinelli has been introduced into the series, and while she wears a version of the comics’ Huntress costume, has yet to use the name.

Arrow can be seen Wednesdays at 8PM on your local CW affiliate.  More information and complete episodes can be seen at the show’s website.