MOONSTONE BOOKS FOR MAY 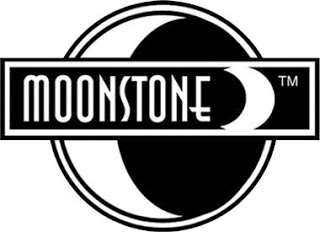 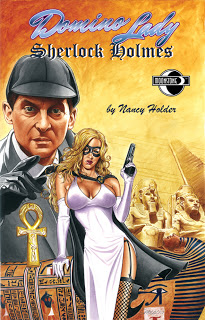 A two-part murder mystery set against the backdrop of ancient Egypt! Domino Lady and Sherlock Holmes team up to solve the riddle of the Sphinx… ok, not really, but they do solve this riddle of passion, identity, and antiquity!

You can see preview pages from Domino Lady/Sherlock Holmes here and here.

The Necromonicon trilogy is finished! Parts 2 and 3 are long since sold out, but Moonstone has included a brand-new prequel story! New softcover edition replaces the sold-out HC!

Carl Kolchak, whether he wants the mantle or not, is the world;s premier supernatural investigator. Vampires, werewolves, witches, demons, he has seen it all. Or … has he? Can even all the horrors he has stumbled across prepare him for the monstrous denizens of the Lovecraft Mythos, let alone its most damned volume, the Necronomicon? Told in widevision. 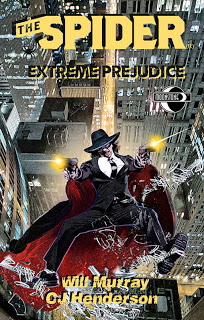 New short stories of prose starring pulpdom’s most violent and ruthless crime fighter ever: The Spider! More just than the law, more dangerous than the Underworld…hated, feared and wanted by both!

One cloaked, fanged, border-line crazy denizen of the dark force-feeding hard justice with a pair of 45’s! Guest starring: The Black Bat, The Green Ghost, and Operator 5!