REVIEW: House at the End of the Street 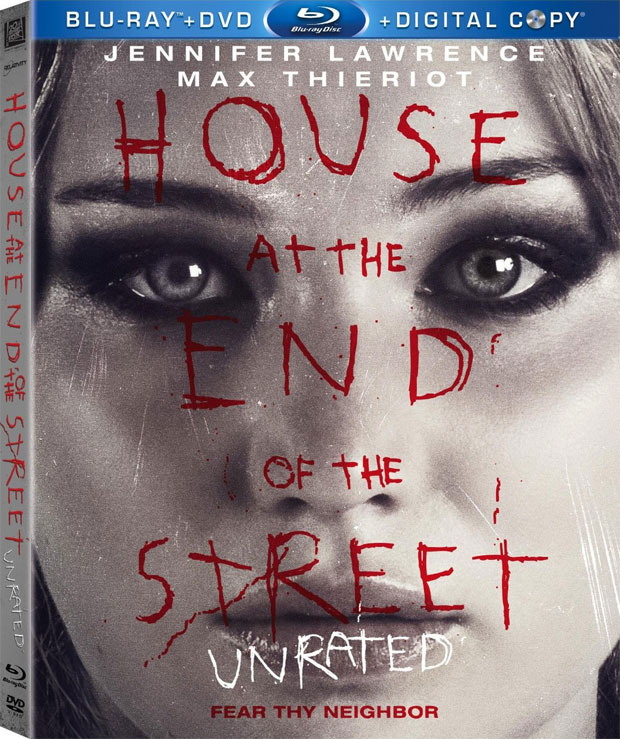 There are flashes of characterization, wit, and warmth in House at the End of the Street, making you hope it is a cut above your modern day horror film. The movie largely focuses on the mother and daughter tandem of Sarah (Elisabeth Shue) and Elissa (Jennifer Lawrence), as they struggle to start fresh in a town after divorce. They can only afford to rent such a nice house because it is situated near the home where a young girl murdered her parents so is tainted. Of course, right there, you know the daughter is still around. Then we learn the son, who had been living with relatives when the heinous act occurred, had moved back in. And we’re off.

The movie, said to be inspired by a short story written by Jonathan Mostow, probably worked better as prose, where more could be done to set mood and character without falling into the tropes that reduce this to a cookie cutter thriller that fails to really thrill. The best thing it has going for it as some twists and turns towards the end that are interesting but are not explored (nor will I discuss so as not to spoil it for fans).

What makes the movie interesting to watch is the cast, headed by Shue, who hasn’t done much interesting work since Leaving Las Vegas, but makes the most of the underwritten role of the mother tightening her grip on the teenage daughter she loves, realizing she’s losing her at the same time. Lawrence, a major star thanks to Winter’s Bone and The Hunger Games, also doesn’t really get enough to work with but plays the new girl at high school rather well. Her scenes with Max Theriot, the boy next door, are some of the best in the film.

Had screenwriter David Loucka and director Mark Tonderai –two men with negligible credits — played more with the mother/daughter, new girl in town threads, this could have been a far richer, more believable tale. Instead, they fell into the trap of using that as window dressing, focusing instead on the mystery of who is trapped under the floor of the cursed house. The soundtrack by Theo Green adds a level of suspense that the perfunctory photography fails to deliver.

The disc coms with the 101-minutetheatricalversion and the unrated 107-minute version, which is just more of the same, making it all the more disappointing. The promised shocking added twist is interesting and could have made the film more interesting, and certainly more of a Hitchcockian thrill ride as promised in the short extra “Journey Into Terror” where the cast and crew heroically make it sound like the film was worth the effort. For Lawrence, this is one of those she will keep on her resume and probably never talk about again.

This release, out now from 20th Century Home Entertainment comes with both versions on a Blu-ray disc and the standard DVD and digital copy are on the second disc.