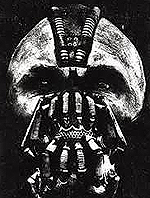 Just a short recap: personal demons of mine kept me from seeing the film when it opened because of the shootings that happened during an opening night screening.

Comics, animation, video games and the like take up a great deal of my time and my life, but they are not all my time or all my life.

I was not ready to see The Dark Knight Rises and waited until I was.

The film was, in a word, great.

I don’t regret waiting I don’t regret not seeing it on the big screen because the film was so badass I could have watched it on an iPhone and loved it.

Dwayne McDuffie was a dear friend and creative partner of mine. I have yet to watch All-Star Superman, written by Dwayne, which debuted around the time of his death. I’m just not ready. But it sure is something to look forward to.