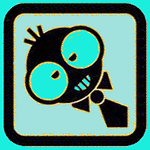 I think tomorrow I’ll call up Merriam-Webster and suggest a new word for their dictionary. That word? Geeklitism. (Not to be confused with Geekleetist, which posts fun stuff).

It should be in the dictionary, because it certainly is a thing that exists. But how would I suggest they define it? Damned if I know, although I guess the short version could be: “claiming you’re a ‘real geek’ and other people aren’t; claiming you’re the superior geek.” But really, the various aspects of both this attitude and of being a “geek” generally are so broad that I’m not sure they can be encompassed in a dictionary definition.

The reason for this, and the funny thing about “being a geek,” is that it’s a different experience for everyone. For instance, I’ve been a geek probably all of my life; but I don’t know that I ever really knew it until adulthood, when, thanks to the increased ease of finding like-minded people via the internet, it suddenly turned out it wasn’t such a bad thing to be. As far as I recall, no one called me a geek growing up. I had no idea I was part of this mysterious group of people called “geeks.”

“What??” I can hear a geeklitist out there crying out in triumph. “No one called you a geek? That must mean that you didn’t get bullied by the “cool kids” in school! Haha! You can’t understand the suffering and hardships that I went through in my formative years because of my love of stories about hobbits! You are not a real geek like me!” (This is the kind of thing geeklitists say, don’t you know. Sometimes they also add, “And all the girls made fun of me!! I’ve never gotten over that! My life was so hard!”)

But that’s not really what I said, is it? Of course I got picked on. Most kids do. For instance, when I was in first grade and all the cool kids in my new school had moved on to jeans or whatever was in fashion, my mom, bless her, still dressed me in cutesy pastel sweatsuits with big decorative (but pointless) buttons and bows on them. It follows that one of my first memories of my new school is three girls in my class making fun of my clothes on the playground – at which point I probably said something mean.

I was a well-read little child, who could creatively insult other children with words that none of us really knew the meaning of; but they sounded like insults, so it all worked out. For example, at some point in my primary school years, one of the biggest insults I remember using was, “You’re corroded!” (Which makes no sense under the real definition but sounds like maybe you have a gross skin condition?) My favorite of the weird words I personally transmogrified into an insult when young was “You’re a transubstantiationalist!” No one else had any idea what it meant, but I managed to convince the kids I was using it on that it was a really horrible thing to be. Mwahaha. But I digress. Anyway, at that point, we all got in a fight. Like a physical fight, of the kicking and punching and hair and decorative bow-pulling variety. Yowch.

“Whatever!” the geeklitist is saying. “That’s not what I meant. That’s just fashion. You were only a geek if you were ostracized because of your offbeat hobbies and/or love of genre fiction as a child! That’s what makes you a real geek like me.” Well, yes. I was that, too. I used to sit by myself at lunch and read giant books that were too “old” for me, like Clan of the Cave Bear and The Mists of Avalon, propped up in front of me as I ate with painful slowness (something else for which I was occasionally teased, but which turns out to be the healthy way to eat. Take that!). I’d walk down the school halls reading A Swiftly Tilting Planet or maybe The Deed of Paksenarrion without looking up (during which I developed a great sixth sense for not running into people while looking down, which is very handy these days when texting while walking to work).

I was definitely called weird, and often, annoying (because I used big words and talked a lot) more times than I can count. I engaged in some geek activities that probably would have been thought cool by at least the little boys in my class, like watching Teenage Mutant Ninja Turtles and X-Men cartoons, but I never realized that, because at that point in my life, boys had cooties. (Of course.) I’m not saying I didn’t have friends; I did, and they were a lot of fun. But I also got made fun of; and as far as I knew, most of my friends were not actually interested in The Lord of the Rings or Batman: The Animated Series. I don’t even know that I ever thought to ask most of them.(Or if I did, and received blank stares, I probably never brought it up again. This is why I’d never make a good Whedonvangelist, another word I’ve decided should be in the dictionary.)

Those were the sorts of things I often enjoyed alone, and didn’t really talk about that much, and that was fine. I knew (from others telling me, repeatedly) that I was a weird child, and I guess I just kind of assumed that was how life was and would continue to be for me – having some interests that nobody around me shared. Of course, that feeling of being alone in one’s interests is often cited as part of the experience of geekdom; and of course, in truth, lots of other people also had those interests; I just hadn’t discovered them yet. But I guess that’s all part of being a geek.

“Ahaha!” an entirely different brand of geeklitist is chortling. “But none of that matters! That’s just kid stuff! You’re not a real geek like me unless you can list, right this minute, in reverse alphabetical order, every superhero who turned out to be a Skrull during Secret Invasion! And until you can name at least three obscure continuity errors in [my favorite comics character’s] ongoing storyline! And unless you can tell me your three favorite fighting tactics for the video game character whose costume you are now wearing!” But, second brand of geeklitist…the water is wide, and the world is large, and I might like a different character than you do, or I might focus on something for different reasons than you do. Are you saying your viewpoint and favorite genre things and factoids are inherently better and geekier than mine, and are the only things that can bestow upon all of us admission into the uber-exclusive society of geekdom, just because they are yours? …Well, yes, yes you are, and that’s pretty self-centered. We can all be geeks in our own ways, with our own specific areas of interest and knowledge. Right?

“No no,” chides another, lone geeklitist, standing apart with one brow raised and pointing a finger at each of us in turn. “You will never, ever be a real geek, because you didn’t watch Firefly until it came out on DVD! You only like the newest Doctor Who! You never participated in the drive to keep Chuck on the air via purchasing mounds of Subway sandwiches. You’ll never be a real geek, not any of you, because (cue dramatic music and Iwo Jima flag-raising reenactment) I was here first, and I claim this geekdom in the name of Geekmoria! It’s mine, all miiiiine!!!!!”

…What? No, really, what? That’s just asinine.

“Well…maybe,” says the lone geeklitist doubtfully. “But I was here first.”

How do you know, lone geeklitist? Did you turn on your TV to a new show before anyone else in the entire world? Acquire an ARC of the first book in a now-beloved series? Hold in your excited hands the very first copy of the very first appearance of a comic book character? And even if you did…why does that give you any more claim to an appreciation of it than anyone else? Why does timing somehow make you more passionate about your geekdom than all the other geeks?

So, any other geeklitists out there want to make a stand about how they’re the real geeks? I just ask because I don’t like to exclude people, although I realize the irony of saying that to you, geeklitists.

I’m hearing a lot of silence out there. Guess I’ll just wrap this u–what? I’m sorry? What did you say?

A chorus of low, angry, guttural voices rises from the deep to repeat itself, as one last group of geeklitists has its say:

You can’t be a real geek! You’re a girrrrrrrl!!