FIGHT CARD Announces Another New Pulpster on the Line Up!

TOMMY HANCOCK GETS A TITLE SHOT
Fight Card scores another main event by bringing New Pulp maven Tommy Hancock into the Fight Card Team.  Hancock will get his shot at a Fight Card title in early 2013, adding another exciting installment to the Fight Card canon.
Tommy is a writer, editor, publisher, podcast host, and audio voice actor, but beyond all those things he is first and foremost a fan.  Pulp, comics, movies, TV, old time radio, and new audio drama, Hancock is steeped in all sorts of pop culture up to the brim of his fedora.
A partner in and Editor in Chief of Pro Se Productions, Hancock is also one of the leading figures in the organization of the New Pulp Movement.   Aside from Pro Se, Hancock is also an editor and writer for Moonstone Books, and editor for Kerlak Publishing as well as having written for Airship 27, Age of Adventure, Pulpwork Press, and a few companies where work is still up coming.
The founder and organizer of Pulp Ark, the Official New Pulp Convention, Hancock is also the founder, organizer, and one of the four hosts of PULPED! The Official New Pulp Podcast.
His novel Fight Card: Fight River will be published in March 2013 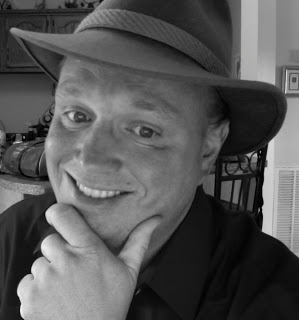