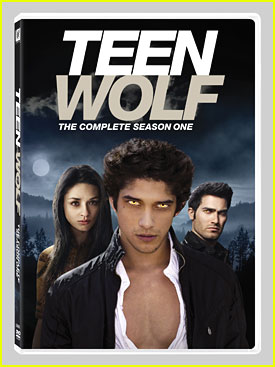 The challenge in producing a teen-centric horror television show is that it will inevitably be compared to Buffy the Vampire Slayer. Joss Whedon was note perfect with the casting and theme of high school is a horror movie. It takes a brave showrunner to come up with a variation that avoids duplication and can withstand the comparison. MTV, once the home for teen centric music videos, has gone from reality television to scripted series so it made sense that sooner or later they’d dip a claw into the horror genre. What few expected was how successful they would be.

The 1985 Michal J. Fox comedy Teen Wolf was a largely entertaining film capitalizing on the actor’s immense popularity from NBC’s Family Ties and certainly had a theme worthy of adaptation into weekly television. In both the film and the series, a teen encounters a werewolf and becomes one. The world knows they exist thanks to countless movies so his presence isn’t necessarily as shocking as one would expect. The transformation also allows the lead character to explore his true nature as he suddenly goes from lacrosse-playing social outcast to exceptional guy. Still, he keeps his hairy alter ego a dark secret.

The series focuses on Scott McCall (Tyler Posey), a Beacon Hills High School student who becomes a werewolf and keeps it a secret with the exception of sharing the news with his best friend “Stiles” Stilinski (Dylan O’Brien). Together, they spend the first six episodes dealing with what this means and trying to find a cure, leading them to the poorly named Dr. Lycos. Meantime, they learn there is another werewolf lurking on the outskirts of town, Derek Hale (Tyler Hoechlin), with secrets of his own. The second story arc involves a threat from the beast known as the Alpha which explores the werewolf pack mentality which is a fresh take.

The entire twelve episode inaugural season is being released this week, just prior to the June 3 debut of the second season, and it is not terrible, somewhat entertaining, and nicely avoids feeling like a Buffy imitator. One way it differentiates itself is the focus on largely functional families and the budding romance between Scott and Alison (Crystal Reed), who is introduced just halfway through the season. Of course there’s a complication as he learns her family actually hunts werewolves (cue the Romeo & Juliet music). And as is my usual gripe, none of the cast actually look like they actually attend high school anymore.

The series was adapted by Jeff Davis, adding in more of the horrific elements with director Russell Mulcahy helming the pilot, setting the atmosphere. There are genuinely nice, taut moments of tension, leavened by teen angst and romance.

Its passable fare, far from Must Watch but you could also choose far worse.