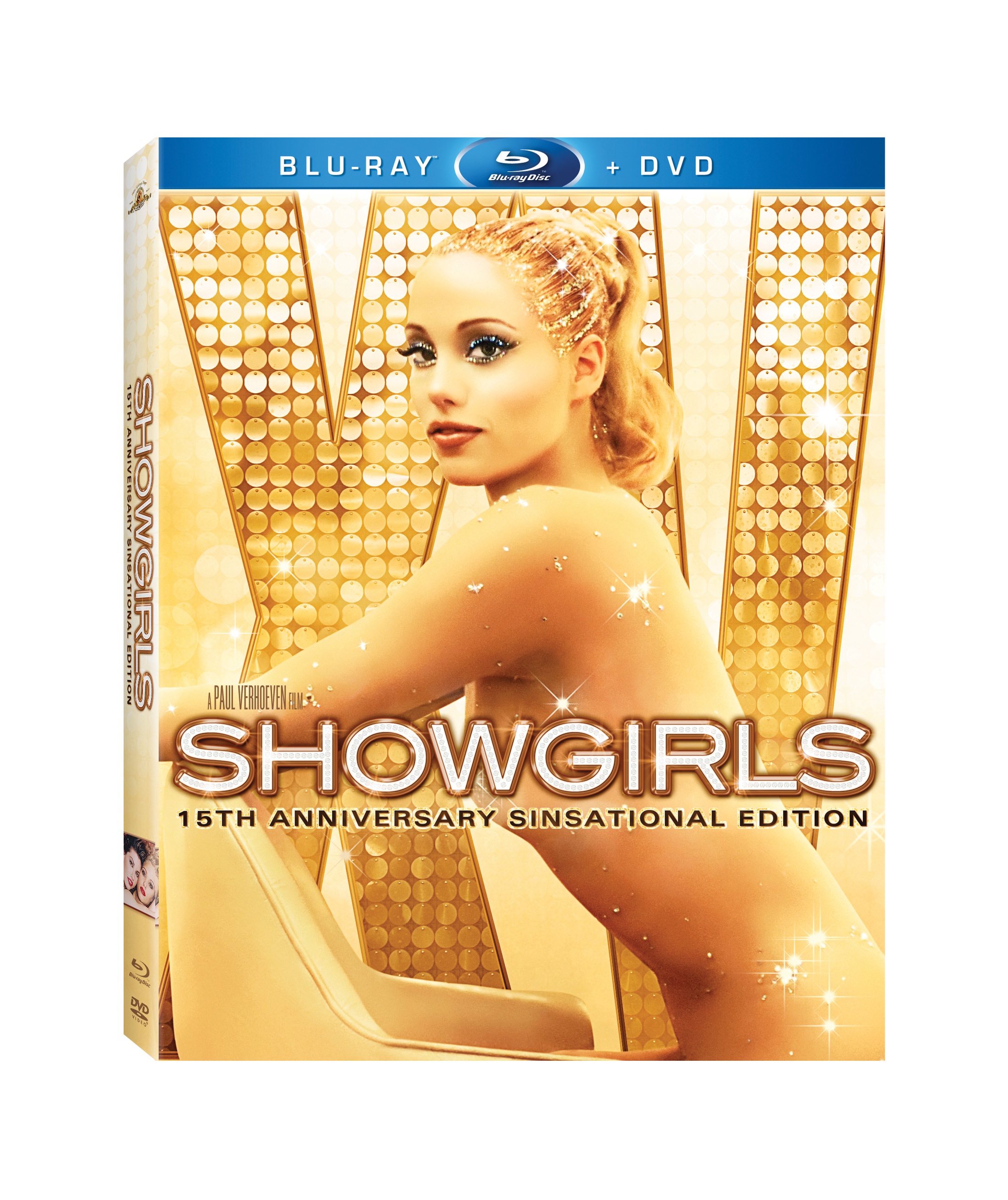 When you say [[[Showgirls]]], everyone snickers knowingly, usually making some joke about it being one of the worst movies since the invention of sound recording or how it’s evolved into a midnight cult classic. With the movie’s release on Blu-ray from MGM Home Entertainment today, it seemed appropriate to see how well the 1995 film has aged in 15 years.

OK, it’s still a bad movie. And yes, the transfer to high def makes the nudity all the more entertaining (look for[[[Dancing with the Stars]]]’ Carrie Ann Inaba as a Goddess dancer).

When Joe Eszterhas gained notoriety with his sexually provocative screenplays in the 1990s, he parlayed that into a $2 million payday for this story of Las Vegas showgirls. Coupled with director Paul Verhoeven, who liked to push the sexuality in his films, it was a match seemingly made in heaven for the studios. As a result, it was allowed to run as an NC-17 release complete with full-frontal nudity and many nearly explicit sex scenes that also featured graphic language and rape.

The movie was reviled for its poor structure, gratuitous sexuality, and bad acting but it was seen as so bad as to be good and became the subject of midnight screenings and private parties where mocking it became obligatory. MGM Home Entertainment has fueled this with various box sets, notably The V.I.P. Edition which came complete with two shot glasses, movie cards with drinking games on the back, a deck of playing cards, and a nude poster of Berkley with a pair of suction-cup pasties.

But let’s look at the movie itself. In the course of the 2:11 running time, we’re given a jaundiced view of the showgirl life, the cut-throat world of topless dancers and strippers willing to permanently injure rivals in order to move up the ladder towards fame and fortune. Some have charitably called this a satire but frankly, it smacks of being a setting for Eszter has to lazily find new ways to show naked people. Everyone in the story is a jerk or a detestable example of humanity with the exception of Molly (Gina Rivera) whose innocence is rewarded with a brutal gang rape. 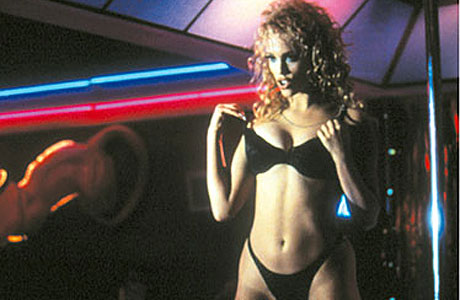 The focal point of the story is Nomi Malone (Elizabeth Berkley), a girl
running away from her past and repeatedly tells the world she won’t play
the games, won’t degrade herself into prostitution and so on and then
proceeds to do everything anyway. She’s talented but lazy, ambitious but
unwilling to work to succeed. Nomi takes from others, a parasite to
Molly and an unlikeable person overall. She uses her obvious charms and
figure to worm her way into becoming a showgirl in Goddess, the
production starring Cristal Connors (Gina Gershon), who clearly has a
sexual appetite for Nomi. After that it becomes a tale told before, its
clichés obscured with breasts and glitter.

Verhoeven makes Las Vegas shine like a cheap bauble and everyone is
dressed fabulously. But he can’t get a good performance out of Berkley
who is all jagged edges and fierce looks when everyone else is smooth,
polished and sensuous. One could argue this was intentional but in
rewatching the film, it’s clear he doesn’t know how to handle her.
Berkley was a showing the world she was no longer a teen television
actress and this was a bold bid on her part and I admire her work ethic
to dance and look sexy. If only someone could have given her a real
character to play and gotten a performance we have subsequently learned
she was capable of giving.

The package comes complete with Blu-ray and standard copies. Carryover
features such as the Scores ladies teaching you how to lap dance and the
pop-up trivia remain. The only new feature appears to be Pole
Dancing: Finding your Inner Stripper which is an 11-minute tutorial
giving you a new aspect of the pole and such dancing as physical
exercise.

You laugh at this because it is just bad. You titter at the sexual
byplay and giggle at Kyle McLachlan as the antithesis of Agent Cooper.
But really, this is a textbook example of bad filmmaking and lack of
taste on the part of the studio that couldn’t look beyond the star
wattage, letting themselves pay too much for too little. Eszterhas has
fallen into deserved obscurity and Verhoeven has returned to making more
interesting features.