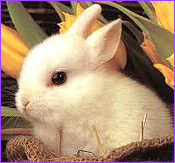 This week I’ve been ruminating about the Internet and free speech over at Michael Davis World. Whereas I don’t want to discourage you from checking out my pearls of wisdom in its awesome glory let alone the interesting and edifying comments in response thereto, I do want to clue you in on what the whole thing’s about.

I said “Arizona House Bill 2549 states if you post an offensive annoying comment online, you are guilty of a Class 1 misdemeanor. What is offensive? What is annoying? The bill criminalizes behavior that is used “to terrify, intimidate, threaten, harass, annoy or offend (using) any electronic or digital device.” Of course, it also outlaws lewd or profane language. You could be fined $250,000, and you could be sentenced to six months in the clinker.

“Do you think this un-American attack on liberty could not possibly pass? Well, you’re wrong. The folks in the Arizona house and the Arizona senate have already passed this bill and it presently awaits their governor’s signature.”

Given this nation’s fear-based cultural drift towards repression of our freedoms, the chilling affect of this law is as overwhelming as it is overwhelmingly depressing.

Then I looked at some of the comments we’ve received on our March Madness campaign here at ComicMix.

As I’ve stated repeatedly, I am a First Amendment absolutist. As long as it’s legal, there is no reason why advertising cigarettes should be illegal (and no, I do not smoke cigarettes). I don’t believe in the concept of “hate crimes.” Hate speech might be evidence of the motivation behind a crime and that’s fair – freedom of speech does not absolve you from the consequences of your actions. But speech is not in an of itself “action” and we have the right to express our opinions. And I certainly do not want to censor or limit in any way anything anybody might comment on here at ComicMix, even if the ox you’re goring happens to be mine.

However, given some of the comments I read recently here on ComicMix, I am making a request for a higher level of civility. There’s no enforcement behind this, and if you want to comment on this column with a “fuck you, you crawling piece of shit,” well, that’s your prerogative… you asshole.

One of the things I like most about ComicMix (and, for that matter, Michael Davis World where ComicMix columnists Martha Thomases, Marc Alan Fishman, Michael and myself also blog) is that, by and large, this is a pretty civil operation. We tend to respect one another’s opinions, or at least we’re usually polite. I realize this places a burden on impulsive wits, but I figure if I can usually rein it in, then anybody can.

ComicMix Sorcerer Supreme Glenn Hauman and I have been discussing all this, and Glenn summed it quite up nicely when he said “Welcome to the Internet.” I’m too much of a Tex Avery / Bob Clampett fan to ever be that cartoon bunny rabbit dancing in the sunshine, but I sometimes recognize being a jerk has its limits.

So, on one hand, I want to compliment us all on being such polite and considerate folks. On the other hand, I’d like to ask those who feel the phrase “flame on!” refers to something other than Johnny Storm to please play nice. We’ve all got enough trauma in our lives, and I hate the idea of chasing anybody out of the sandbox.