Win Tickets for the European Premiere of “The Avengers” 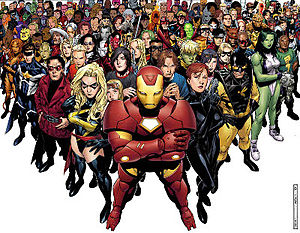 The good news: there’s a way to see The Avengers earlier than anybody in America. The bad news: you’ll have to be in England to do it.

Fill in the form below for a chance to win. All entries must be made by April 13th at midnight BST (that’s 7 PM in Eastern Daylight Time).