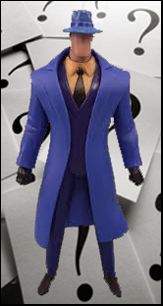 One of my favorite episodes of Buffy The Vampire Slayer is Season 2’s “Lie to Me” in which a friend of Buffy’s from her old school in Los Angeles comes to Sunnydale with the (secret) intention of giving Buffy to Spike in exchange for having Spike sire him… i.e., turn him in to a vampire.

Buffy escapes the death trap, and, in the coda, she and Giles are in the cemetery, standing before her friend’s grave.

It turned out that Buffy’s friend was dying (as described by the friend, it sounds like some form of cancer) and he was so desperate to live that he was willing to make the “devil’s bargain” with Spike. Buffy is trying to make sense of this, and as her friend rises from the grave.

“I don’t know what I’m supposed to say,” says Buffy.

“You don’t need to say anything,” says Giles.

“Nothing’s ever simple anymore. I’m constantly trying to work it out. Who to love, or hate, who to trust. Seems the more I know the more confused I get.”

“I believe that’s called growing up.”

“I know the feeling.”

“Does it ever get easy?” Buffy asks her Watcher.

As that moment, Buffy’s friend rises from the grave, a vampire. Buffy makes quick work of him, and as his dust settles to the ground, she stops and looks at it, and continues the conversation.

“Does it ever get easy?
“You mean life?”

Giles pauses for a brief moment before answering.

“Yes, it’s terribly simple. The good guys are always stalwart and true, the bad guys are easily distinguished by their horns or their black hats. We always defeat them them and save the day, and no one ever dies, and everyone lives happily ever after.”

On Friday, December 14, a young man named Adam Lanza killed his mother in their home, and went to the Sandy Hook Elementary School in Newton, CT, and killed six adults, including the principal and the school psychologist, and 20 children, ranging in age from 6 to 8.

On Friday, December 14, the Michigan State Assembly passed Bill 59, which allows an individual to carry a concealed weapon into what were considered so-called “gun-free” zones: schools, churches, synagogues, mosques (all places of worship), day care centers, sports arenas, bars, hospitals, college and university dorms, and casinos. Governor Snyder said he will sign it.