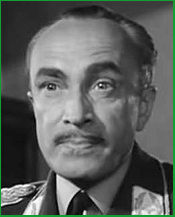 AS I SAID LAST WEEK  AND THE WEEK BEFORE  – WARNING: I’m assuming that people reading this have seen the movie and thus will be fine with my discussing elements of the plot. If you’re one of those who haven’t watched the movie, do yourself a favor and DON’T READ THIS. See the movie instead and have your own experience with it. Trust me. You’ll be glad you did. If you need a plot synopsis, imdb has a good one here.

Last time we met we were examining the film Casablanca, looking at it through story structure. I want to continue with that this week, working with the climax and the coda.

The climax of a story is the scene beyond which you can’t imagine any other. It resolves all major conflicts (although some minor ones can be reconciled in the coda, which is the last scene of the story). So… is the climax in Casablanca when Ilsa goes away with her husband? It would seem so, wouldn’t it? That’s the major question that’s been driving the film.

I’d like to offer an alternative answer by first asking a question – whose story is it? Who is the protagonist, the central character by whom and by whose actions the rest of the story is driven? It’s Rick’s, both by his refusal to help earlier in the film and by his actions as we race towards the climax.

For me, the real story isn’t Rick and Ilsa although it is an important, vital element in the story. Rick is emotionally dead at the start of the film; he doesn’t care about anyone or anything. Burned, scarred emotionally, he’s closed off from caring about anyone or any cause again. The most alive we see him is in the Paris flashbacks, in love, knowing the Gestapo will come looking for him when the Germans march into the city.

Paris is the symbol of life, of Rick being fully alive. Ilsa tells Rick about halfway through the film that she can’t explain what happened to him; the Rick she knew in Paris would understand but not the Rick that he has become. Late in the movie, Paris comes up again – Rick tells Ilsa that now, as a result of everything that has happened in the movie, they’ll always have Paris. He didn’t have it – he was dead – until she came to Casablanca but now they both will. He’s alive again.

The climax of Casablanca is when Rick shoots Strasser, knowing what the consequences will be for him and willing to pay the price. It’s the only way he can be sure that Ilsa will escape. He escapes his fate only because Captain Renaud, the corrupt French official who is also his friend, covers for him with “Round up the usual suspects.”

The coda is all about the final image and/or line; it’s what you want the audience to have in their minds as they leave. Casablanca has one of the best I’ve seen in films. Rick and Renaud, walking side by side away from us, through rain puddles, towards a life with the Resistance. The tag line, “Louis, I think this is the beginning of a beautiful friendship” is simply one of most memorable lines in all of cinema. It’s all the more amazing when you discover that it was added at the last moment, dubbed by Bogart after filming was completed. What an indelible final image!

Serendipity played more than a small part in making Casablanca the classic that it is. We’ll talk more about that next time.