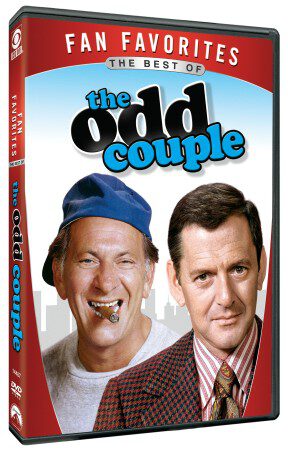 While television at first reflected American culture, it then tried to mold it in the 1950s before giving up all pretense towards reality in the 1960s. The seismic cultural shifts in the latter part of the decade could be felt everywhere, including television. A rule of thumb is that the theater reflects society fastest with television and film following years later. That certainly seemed to be the case as the television series of the latter 1960s began to explore the themes people had been debating in classes and on the streets. It also forced producers to mirror the reality of the day, no longer attempting to display the ideal lifestyle.

Neil Simon was one of the brightest playwrights of the decade, having cut his teeth on live television in the 1950s. His play The Odd Couple became a box office smash film and a perfect vehicle for a sitcom. It represented a new breed of comedic television when it arrived on September 24, 1970. Over the course of its five seasons, the show, starring Jack Klugman and Tony Randall, was never less than funny and often sharp with its humor and display of human foibles. 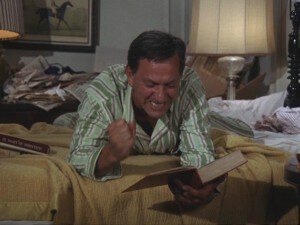 Eight of those episodes, as nominated by the fans, have been collected on CBS Home Entertainment’s Best of The Odd Couple collection, one of six sitcom sets out this week. We discussed three of them yesterday and continue today. A show about a slob and a neat freak sounds one-note but it was a sustained note thanks to the brilliant performances of its cast and the strong writing that infused the show with humor. Oscar Madison was a sportswriter and Felix Ungar a photographer but both shared broken marriages and then an apartment as they tried to rebuild their lives. 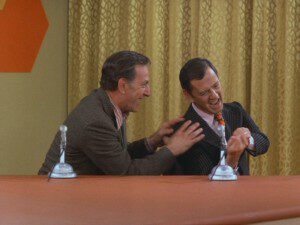 The eight episode span almost the entire life of the series, unlike the earlier series reviewed, which seemed to run out creative juice by their third seasons. In fact, one of the episodes here, “Password” inspired by the popular daytime game show, was rated number five in TV Guide‘s 100 Greatest Episodes of All Time. That’s pretty high praise for a show that seemed to be canceled every spring and renewed when summer rerun ratings proved its popularity.

Living in Manhattan proved less than easy with neighbor issues, burglary problems, and trying to find women to date. Each problem allowed both characters to address the issues from vastly different perspectives, leading to the humor. Clearly they couldn’t agree on decorating as seen in “Take my Furniture, Please” as Felix’s ultra-refined tastes may have made him television’s first metrosexual and clearly a template for Niles Crane. In rewatching these shows, it strikes me that the writers seemed more interested in Oscar’s career than his roommate’s but that does not at all take away from the sheer genius on display weekly. 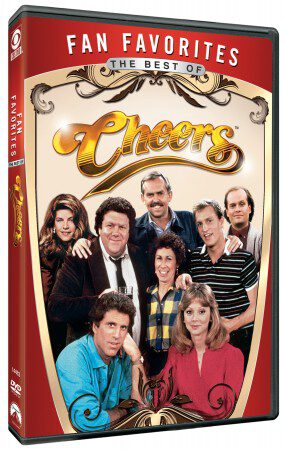 By design or necessity, CBS skips the remainder of the 1970s and the first part of the 1980s, another fairly dreadful period for situation comedies as a genre. But, that seemed to change in 1982 with the arrival of Cheers. The sitcom lasted an impressive 11 seasons and was able to manage the loss of a diva lead actress and unfortunate passing of a supporting player. It set a new standard for three camera sitcoms, elevating the benchmark for writing. Once more, it was more character driven than situation driven as the creators infused the bar with an imaginative mix of patrons and staff. Anchored by Sam Malone, former Red Sox pitcher whose alcoholism ruined his career, he was left running the bar.

Created by James Burrows and Glen and Les Charles, it gave us a catchy theme song that became a top 40 hit, spawned a chain of bars and gave us some memorable lines. The bar was a friendly haven, where everybody knows your name, as witnessed every time harried accountant Norm Peterson (George Wendt) passed over the threshold. 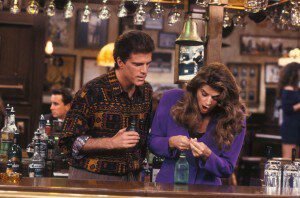 Among the eight episodes included here is “Thanksgiving Orphans”, which also made the TV Guide list, placing at #7 while the series itself placed 18th on their list of the Greatest TV Shows of All Time. The clear strength here was the writing which allowed the characters to discuss the great and the mundane. As a result, they touched on bullying, alcoholism, homosexuality, and adultery in ways previous unseen on prime time comedies. 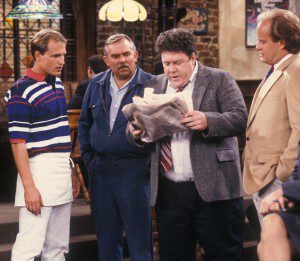 As you can tell in “Give me a Ring Sometime”, the pilot episode, everything was in place when Diane Chambers is stranded at the bar by her fiancée.  The slow sizzling romance between Sam and Diane carried the series, as seen in “Diane’s Perfect Date”, until actress Shelly Long left for a film career that proved a career misstep. The show featured other romances such as blowhard psychiatrist Fraiser Crane and fellow shrink Lilith. Watch as Diane tries to soften Bebe Neuwerth’s delightfully cold headshrinker in “Abnormal Psychology”. After Nicholas Colasanto unexpectedly passed away, his “Coach” was replaced with a younger, far more naïve bartender, Woody (Woody Harrelson). His wedding to Jelly, coming at the end of season ten was a two-parter memorable enough for inclusion here and showing just how strong the series was even late in its life. The series also changed its tenure when Long left, to be replaced by the former Saavik, Kirstie Alley, who had anything but a romantic relationship with Sam, freshening the plot possibilities. 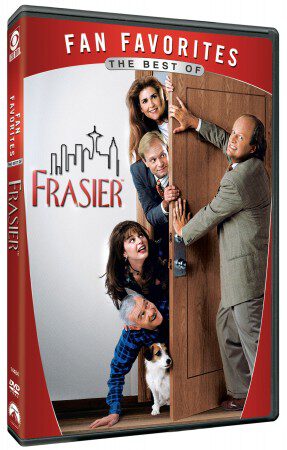 But all good things come to an end and after Sam turned out the lights at the end of Cheers, NBC sent Fraiser packing off for home in Seattle, where he took up residence as a radio talk show host in the spinoff Fraiser. While most of the Cheers cast guest starred, a brand new, tighter ensemble was built around the prickly know-it-all. Creators David Angell, Peter Casey, and David Lee showed a brand new assortment of quirky folk starting with Fraiser’s dad, Martin (John Mahoney), an ex-cop who can’t fathom how his two sons wound up so…refined. Dad was shot preventing a robbery forcing him into retirement and requiring the help from live-in therapist Daphne (Jane Leeves). She became the object of brother Niles’ affection. At first, Fraiser was said to be an only child but once the producers found David Hyde Pierce, they had little choice but to find a place for him and his physical comedy made him the show’s breakout star. Rounding out the cast was Jane Leeves as the sardonic, man-crazy producer Roz.

The brothers were clearly two peas from the same pod with their ultra-refined tastes and psychiatric careers, but they each approached life differently enough they complemented one another as only siblings can. Niles was married to Maris, a never seen character, similar to Norm’s wife. 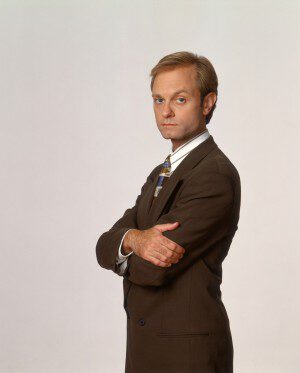 Like its progenitor, Fraiser lasted 11 years and took the characters and its audiences on a wonderful ride. The eight episodes here span the first six seasons and remain uproariously funny, especially season five’s “The Ski Lodge” which brings French farce to American television. The simmering longing Niles feels for Daphne is keenly on display in “Moon Dance”, “The Two Mrs. Cranes”, “Three Valentines” although it’s not until the seventh season before he openly admits his feelings. In time, the cast expanded with a wacky assortment of recurring players, notably other radio hosts at KACL, some seen here.

These six samplers are great fun to watch, rediscovering old favorites or, if you’re new to any of the series, learning for yourself why these great shows endure. I can certainly quibble with some of the choices as personal favorites are missing, but there’s not a clunker in the bunch. And at $14.99 each, the price to sample is low enough to be worth the investment