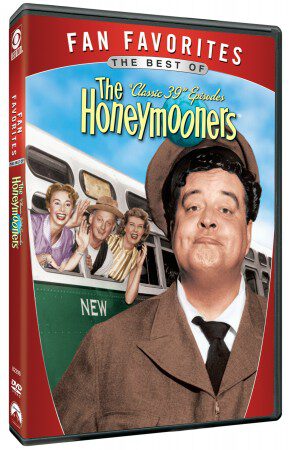 The medium of television is often a reflection of our times and sometimes an overly idealized, unrealistic portrayal of American life. As radio programming became nationally broadcast series, they reflected the rural lifestyles and Depression-era standards of its time. As a result, many of these shows were transferred with little change from radio to television. Similarly, as prosperity brighten America’s fortunes, so did the images of life shown in living rooms around the country.

On Tuesday, CBS Home Entertainment released seven samplers of six situation comedies and one drama with the contents selected by the fans themselves. In part one of our review, we’ll be looking at the earliest offerings and seeing what they tell us.

During the 1950s, as conformity and a rising middle class became the norm, those standards became a part of the sitcoms shown on the four networks (CBS, NBC, ABC, and Dumont). While one of the earliest transfers was The Goldbergs, with its lower east side immigrant vibe, it was soon replaced with the canned imagery of idealized Americana. As people fled the cities for the growing suburbs, the television programming reflected that. Until we got to Jackie Gleason. He headlined a variety show and was rapidly becoming a star, large enough to fit his rotund frame. 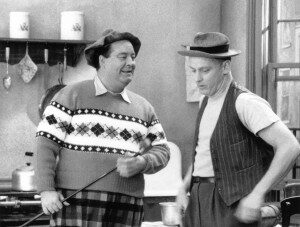 One of the sketches that recurred featured two married couples living in the same Brooklyn apartment building. In time, The Honeymooners became such a hit that it was spun off into its own series, running during the 1955-1956 season. Those 39 episodes have endured as an example of the best from the Golden Age of television and eight of those are on display here. While most sitcoms were detached single family homes with happy nuclear families, the Cramdens and Nortons were blue collar all the way. Ralph drove a bus and Ed worked for the Department of Public Works and while Ed was content with his life, Ralph was always looking for a way out of his plight. His caustic wife Alice belittled his get rich quick schemes earning her the threat of a trip to the moon. Ralph felt the American dream was beyond his reach and needed a miracle to improve their life. Alice and Trixie were often on the sidelines, watching with anticipation to see how things would fail. The performances in these shows are sharp as the trained stage performers brought their experience to the roles, even if Gleason was notorious for never memorizing his lines. 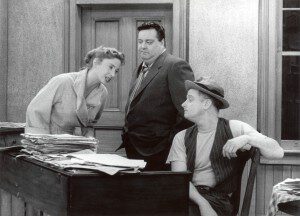 The Honeymooners set kicks off with the first three broadcast episodes and plots are pretty simple ones such as Ralph finding a suitcase full of money and goes on a spending spree only to learn it was counterfeit cash. The writing from Leonard Stern and Sydney Zelinka is sharp in their four contributions but all the writers played to Gleason and art Carney’s physical humor. Despite his size, Gleason could work his body as seen when Ed tries to help Ralph improve his golf swing before a match with the boss. Lack of money is a constant, something rarely seen at the time on television so watching him try to find a workaround for a Henry VIII costume is hysterical or Ralph’s big chance, appearing on The $99,000 Answer answering questions about pop music. 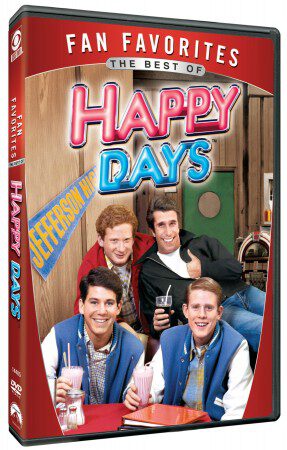 There is tremendous pathos and heart to the characters, which the writers deftly use. It is a great snapshot of a forgotten corner of the American dream, especially after images of the 1950s were burned into our memories thanks to George Lucas’ American Graffiti and the musical Grease. The former inspired a look back on the 1950s in a failed pilot that was recycled into an episode of ABC’s Love American Style which was popular enough to be turned into a television series, Happy Days. A midseason replacement, it debuted January 15, 1974 and was an immediate smash. Anchored by Ron Howard, who appeared in the pilot, which prompted Lucas to cast him for the movie, it was a fond look back at the era although with every passing season it grew more and more fantasy-like. What helped make the show a hit was the keen casting from producer Garry Marshall, aided by solid sitcom writing. But, it was the arrival of Fonzie, the neighborhood bad boy, who became the focal point of the show. Brought to vivid life by Henry Winkler, it’s funny to imagine that the network initially refused to let him wear a leather biker jacket, leaving the motorcycle-riding tough guy in a windbreaker. All the elements are right there in the very first episode, included on this set. 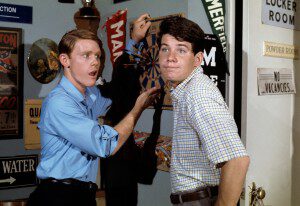 The eight episodes show the series at its best with warm humor, some great sight gags, plenty of familiar pop tunes, and a fabulous ensemble that turned most of the cast into stars. Marshall clearly had an eye for casting and writing, exploring the foibles of the characters and tenor of the times. It proved successful enough to spawn not only Laverne & Shirley but the catchphrase “jumping the shark” when Fonzie rode his motorcycle over a shark tank – an episode thankfully not included here. As a matter of fact, as is evidenced on the other multi-season shows in the collection, the earliest seasons get the most votes long before the shows outlive their welcomes. But before we grew weary of this series, it gave us characters and more catch phrases such as “ayyy” and sit on it”.

It was during the third season that the series went from single camera film to shot with three cameras before a studio audience. It seemed to rob the show of something that could never be recaptured. 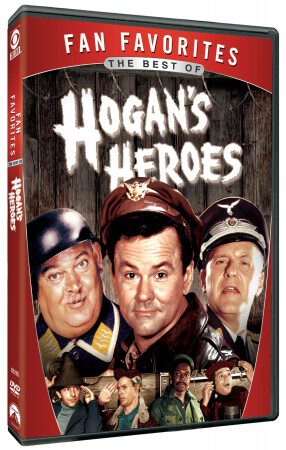 The idealization of the 1950s in Happy Days reflected the homogenized vision of American life in the 1950s. Just a few years later, as televisions grew larger and color was rapidly becoming commonplace, the content of the series grew further away from reality. The 1960s was an era where any wacky idea might make for a good television series as suburbia made way for many other concepts. Looking back, one has to wonder how a comedy about World War I prisoners of war ever got approved. Still, Hogan’s Heroes ran from September 17, 1965, to March 28, 1971 at a time when most Americans still knew people who served and died in the conflict.

Based largely on the 1953 classic Stalag 17, this was set at Stalag 13 where Colonel Robert Hogan and his international and interracial band of underground prisoners worked to subvert the Axis and aid the Allies. They had an elaborate underground operation that granted them access to the world beyond the barbed wire fences. Running the camp were stereotypically stupid Germans led by Colonel Klink and Sergeant Schultz along with various recurring high-ranking German morons. 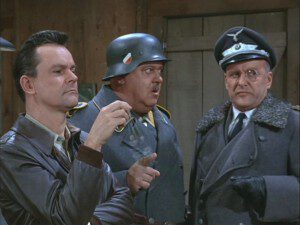 Anchoring this far-fetched series was superstar radio disc jockey turned actor Bob Crane. Interestingly, many of the cast were Jews who didn’t seem to see anything wrong with portraying Nazis nor making light of the prisoner experience. These included Werner Klemperer (Col. Klink) John Banner (Schultz), Robert Clary (LeBeau), Leon Askin (Major Burkhalter), and Howard Caine (Major Hochstetter). Clary was even a genuine POW who lost his family to the Germans. 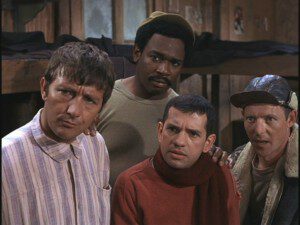 Every week, the writers found some new mission or scheme that involved hoodwinking the Germans. Several of the episodes here involve Hogan and crew convincing Klink and company something was true to allow the mission to proceed. Schultz gave us the phrase “I know nothing” as he turned a blind eye to their escapades, even after seeing the underground operation. Hogan kept Klink and Schultz happy by ensuring the Stalag had a perfect record of no escapes, enhancing their reputation with the top brass.

The series was nominated for three Emmys as Best Comedy Series showing industry acceptance of the bizarre premise.

The show remains fondly remembered and the episodes are well-structured and performed so standup as solid American comedic television. If you can get past the revulsion at making light of the horrible reality, you will find yourself laughing along with the laugh track. This truly typifies the comfort food that prime time television largely offered during that decade.