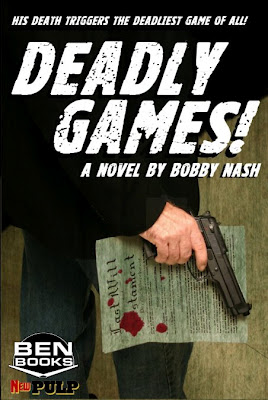 The E-Book edition of Bobby Nash’s novel, Deadly Games! is available from Smashwords at the discounted price of $1.50 (that’s 50% off normal cover price!) from March 4th through March 10th. After March 10th, the E-Book will return to its normal $3.00 price.

You can purchase Deadly Games! at https://www.smashwords.com/books/view/101814 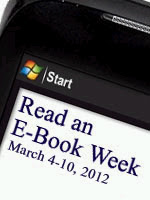 They Played The Most Dangerous Game Of All!
And Death Was Only The Beginning…

Deadly Games! is a fast-paced action/thriller featuring action, suspense, murder, and the occasional gunfire from Author Bobby Nash, the writer of Evil Ways, Domino Lady, Lance Star: Sky Ranger, and more.
You can learn more about Deadly Games! at https://www.smashwords.com/books/view/101814

You can learn more about Read An E-Book Week at http://ebookweek.com/index.html

You can learn more about Deadly Games! at https://www.smashwords.com/books/view/101814 and http://ben-books.blogspot.com/.

You can learn more about Deadly Games! Author Bobby Nash at http://www.bobbynash.com/.