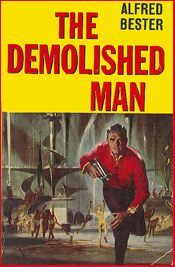 Arm back, arm forward, release the ball and…three it goes, down he lane, heading for the pocket and…Kerflunkl –

But uh-oh. Look what happened. Somehow, instead of rolling a bowling ball we rolled our magic crystal ball and sure, we knocked down all the pins, but we also smashed the ball to smithereens. Dozens of shards scattered on the polished wood.

Well, we won’t be using that crystal ball to peer into the­­­­­ – or some – future and let the prophecies issuing therefrom provide fodder for this week’s blather. Nope. And there are things we’d like to know about the forthcoming comics world, like will DC be able to continue the success of its reworking of the superhero pantheon (lookin’ good so far, guys!) and just how damn digital will comics get and if they get any digitaler will the comic shops cope? Will their income really be seriously affected?

(I mean, they’re closing the Blockbuster I’ve been patronizing for the past dozen years or so. Nothing is sacred, or certain, and of course we know that, but it can still kick us in the shins.)

Where was I? Oh yeah. Things we’d like to know. On a personal note…will I finish the book I’ve been futzing with for…is it three years now? And will somebody publish it? (And if our crystal ball had a literary critic app, I’d ask just how smelly a garbage heap the book is, anyway.) And back to comics-related matters: Will the Batmovie really knock everyone’s socks off? (And hey, Warners – must I pay for my own ticket or will one of you folks be kind to the ancient, doddering, mostly-retired, septuagenarian funny book hack and put him on a screening list? And not one for a screening in Los Angeles, please. He’s already scheduled to get on more airplanes than he cares to this year.)

Maybe we could pick up a shard and catch a glimpse in it if what the crystal ball would have revealed if we hadn’t stupidly mistaken it for athletic equipment. But what good would that do? Without a context – without the big picture – what we glimpse in a shard wouldn’t provide much information. Come to think of it…the whole and uncompromised crystal ball, pre-bowling fiasco, wasn’t really all that useful, was it? Not for what counts, not for what we really want to know. (Mostly: will I get what I want? How will it all turn out? And oh yeah…will I get what I want?) That ball was always pretty murky, wasn’t it? The images it presented were fuzzy and soft-edged and weirdly distorted, the colors all wrong, the backgrounds bizarre, and when time had passed and we were existing in the reality of those images, they never meant what we thought they’d mean.  There were also smells, which the ball couldn’t show.

Once, when I was interviewing the great Alfred Bester for a magazine piece, he showed me a statuette, a Hugo, the award bequeathed by science fiction fans for outstanding work – the first Hugo ever awarded for best novel of the year. He was using it as a doorstop because, he said, that’s what it’s good for.

RECOMMENDED READING: Alfred Bester received his Hugo for The Demolished Man in 1953. If you’d like to compare your preferences with those of readers of yore, you can probably find a copy of the novel.­­­