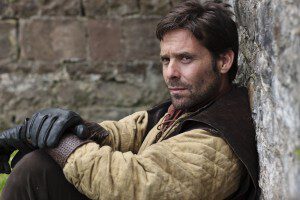 And in his first scene in this Friday’s episode, titled “Aithusa,” Callis comes face to face with the man who was once his mentor – fittingly, court physician Gaius.

Once the pupil of MERLIN’s Gaius, Borden left Camelot during the Great Purge, but in the darkness returns to Camelot looking for the third part of the Triskelion – an ancient object that promises to reveal the location of the last dragon egg. 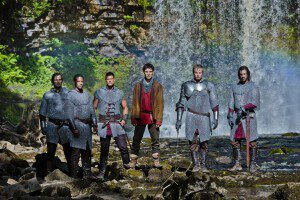 Despite a stern warning from Gaius, Merlin offers to help Borden if it means he can fulfill his obligation as the Last Dragonlord to ensure the survival of the species.  But the task turns deadly when Merlin realizes exactly why Borden wants the egg.

Although the Great Dragon, Kilgharrah (voiced by John Hurt), figured prominently in the first season of MERLIN, in the last two seasons his primary function has been to give advice to Merlin and help him in times of greatest threat.  It was Kilgharrah, for instance, who cautioned Merlin that “your determination to see goodness in people will be your undoing.”

In “Aithusa,” however, the Great Dragon assumes a much more prominent role in the story.  In the last two seasons, MERLIN “has shown his separation, his independence from the Dragon,” says actor Colin Morgan, who plays Merlin. “At the beginning of Season One, the Dragon was a confidante, someone Merlin needed help from.  Slowly and slowly, they grew apart, and the Dragon’s motives became slightly unclear, so there has been a question of trust between them.” 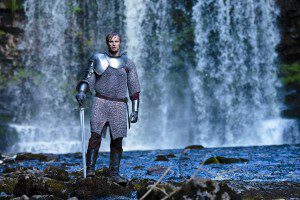 And yet, Kilgharrah and Merlin are inextricably linked, Morgan says. “As Dragon Lord, Merlin can always command the Dragon, which is a great quality.  What’s going to be interesting to see is if Arthur ever meets the Dragon – what his reaction would be.”

While the Dragon doesn’t meet Arthur in “Aithusa,” he does meet a new character … though just who (or what) that is remains to be seen.  Viewers will discover the identity – and his or her role in Camelot – in “Aithusa,” the next episode of MERLIN, which airs Friday at 10 p.m. ET/PT (9 p.m. Central), only on Syfy.