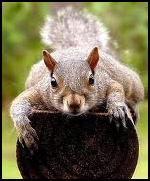 Our story thus far: Percy the comic book artist has gone to the South Street Seaport seeking influences. There he meets a mime and:

The mime stared directly at Percy and asked, “Looking for an influence, numb nuts?”

Gobsmacked! That’s what Percy was, absolutely gobsmacked! How could this white-faced bozo know what he, Percy, was after? It’s not like he was wearing a sign that said: Will work for influences.

“Pay attention,” the mime said and:

Was transformed into a little boy who is creeping down the stairs and sees a box and eagerly, eagerly unwraps it, flinging aside paper and ribbon and looks inside and is horribly disappointed and…

The mime transformed into himself again and, moving his face to within inches of Percy’s, growled. “You influenced?”

Percy stared at his shoes and mumbled, “You’re not even an artist. You’re just a guy who…I dunno what you do but how can you influence me…”

“Go to a museum,” the mime said and when Percy raised his eyes, the mime was gone.

Well, Percy knew that there were a lot of them in Manhattan and he’d always kind of planned to visit one and he’d even got close to the big one on Fifth Avenue once when he was girl watching in Central Park…Okay, he’d go to a museum because, really, he had nothing better to do – in fact, he had nothing at all to do.

He found the right subway and got off at the right stop and went up wide, concrete steps past some columns and then he was inside a museum. Big. Crowded. Intimidating. He wandered into a gallery full of large paintings and scoped them out: saints – the people with halos – and characters from mythology –that’s what the little cards told him– and just people, all engaged in activities that were recognizable and interesting. Pretty cool, some of it, but…? “What does any of this have to do with comics” he said aloud, to no one.

“It’s about storytelling,” said a man standing nearby – a man who looked oddly like the mime if the mime had gotten rid of his whiteface, was sporting a huge, waxed moustache, and was wearing a tuxedo. “What these painter chaps do,” the man continued, “is imagine how their subjects would appear when their faces and bodies are at their most expressive and render that in the purest possible manner. Rather like what those buskers in the park…the silent ones who seem to be forever walking against the wind, poor devils.”

Gobsmacked – really, really, no kidding gobsmacked – Percy shuffled from the museum, took a bus downtown, entered his building, and slept a very deep sleep. The next morning, he skipped breakfast and went straight to his drawing board: the mime, the paintings, and what they did, how they communicated – his task was clear. Percy wasn’t satisfied with his first effort, or his five hundredth, but eventually, he got close to what he wanted. Then, he began winning prizes. But that is a story for another time.

Note: Thanks to Martha Thomases for “gobsmacked.”