Two Pulp Publishers join forces to bring Fans more and more of the stories they love!  Altus Press, the foremost publisher in quality Pulp reprints as well as the Publisher of THE WILD ADVENTURES OF DOC SAVAGE and Pro Se Productions, one of the leading companies in the New Pulp Movement announce today a cooperative effort and imprint to provide even more Pulp Fiction, both classic and New, to diehard fans of Pulp or simply exciting adventure fiction! 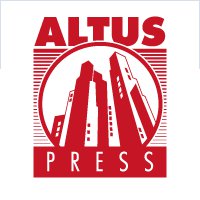 Beginning in February, Altus Press and Pro Se Productions will work in conjunction to produce related products. When Altus Press publishes specially selected titles featuring rare and largely forgotten Pulp characters’ original stories, Pro Se will bring together the best writers of New Pulp today and simultaneously release a collection of newly written tales starring the same character. This stunning partnership will showcase both the classic adventures of some of pulp’s lost treasures while simultaneously allowing New Pulp’s finest to bring those characters back to life.

“For a long time, I thought there was a good opportunity to simultaneously release classic pulp reprints and a companion volume of new stories featuring that same character. These are solid, well-rounded characters who have tons of untapped potential. I’m glad to see there are plans afoot to take advantage of this and utilize two companies’ joint promotions towards a common complimentary product,” notes Altus Press’ Publisher Matt Moring.

This is,” said Tommy Hancock, Partner in and Editor in Chief of Pro Se Productions, “an honor and privilege for both me personally and Pro Se.   Working with Matt and Altus Press to provide complimentary material to the great work he is already doing is simply a good move forward for Pro Se.  And I am such a fan of the obscure, lesser known, even totally forgotten characters of Pulp that this project is already one of my favorites and it’s just a few days old.”
Beginning with the first cooperative publication in February, Pro Se will initiate a new imprint.  PULP OBSCURA will be the title of the line and will feature a logo and other graphics highlighting the relationship between Pro Se and Altus Press.  Both companies will provide various forms of cross promotion as well for the complimentary releases.
“Pro Se,” Hancock commented, “has largely stayed out of the Public Domain market as far as New Pulp goes because many publishers are doing the better known characters and doing them well.  We’ve been looking for something different, something that makes Pro Se distinctive in this field.  PULP OBSCURA, shining the talent of writers and creators on the little or completely unknown heroes and villains of Classic Pulp, makes that distinction.”
Pro Se Press will publish a New Pulp collection each time Altus Press produces a new reprint collection that both companies consider appropriate for the PULP OBSCURA treatment.  Pro Se, with the encouragement of Altus Press, will also be exploring Altus Press’ catalog and be publishing New Pulp collections of previously published reprints that will have no future volumes. 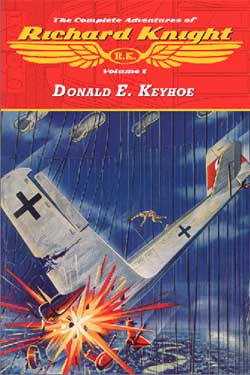 The first PULP OBSCURA related project will be THE COMPLETE ADVENTURES OF RICHARD KNIGHT VOLUME ONE written by Donald E. Keyhoe to be released from Altus Press in February. Best known for writing the adventures of Philip Strange, UFO legend Donald E. Keyhoe also wrote another long-running aerial hero for the pages of FLYING ACES: Richard Knight. This collection will include the first four stories from this series, tales that mix in elements of lost races, dinosaurs and more!
Also in February, Pro Se will simultaneously release THE NEW ADVENTURES OF RICHARD KNIGHT VOLUME ONE as the debut title in its Pulp Obscura line.   Based on the stories included in Altus Press’ volume, six writers will write Knight as he wings into all new dangers, startling mysteries, and discoveries that may very well change the world!
The writers featured in this first collection are-
Terry Alexander – A member of multiple writers groups. Primarily a horror writer, Published in several anthologies from Static Movement, Open Casket Press, Living Dead Press, Knightwatch Press, May December Publications, Paper Cut Publishing, Moonstone Books and Mini Komix.
Barry Reese-Award winning New Pulp Author known for his characters THE ROOK and LAZARUS GRAY as well as being one of the most talented and prolific writers in New Pulp today.  Published by Marvel Comics, Wild Cat Books, Airship 27 Productions, Moonstone, Pro Se, and more.  Also Author of GREEN HORNET and AVENGER tales published by Moonstone
Adam L. Garcia-Author of the Award winning GREEN LAMA UNBOUND and other works centered around the Lama, including short stories, more novels, and audio scripts.  Also Author and Creator of other characters, including DOCK DOYLE.
Ian Watson-Award winning Author, known thus far for his work primarily with Airship 27 Productions.  Writer of tales in SHERLOCK HOLMES, CONSULTING DETECTIVE and GIDEON CAIN.  Also Author of the well received critically acclaimed novel ROBIN HOOD-KING OF SHERWOOD.
Frank Schildiner-Pulp Author known for work with Airship 27 on characters such as THE BLACK BAT, RAVENWOOD, and SECRET AGENT X and with Black Coat Press on such concepts as THE TOFF and JEAN KARIVEN as well as stories for Nemo Publishing.  Currently developing a novel for Pro Se Productions.
Joshua Reynolds- Author known for multiple works, including stories centered around classic Pulp character JIM ANTHONY for Airship 27 and DRACULA for his own PulpWork Press.  Also an Author for The Black Library as well having been published by Pro Se Press, Innsmouth Press, and countless others.  Considered one of the fastest, most consistent and prolific Authors in the New Pulp field.
Other PULP OBSCURA collections are currently in the works and any writers or artists interested in being a part of these projects can email Hancock at proseproductions@earthlink.net for submission details. Both Moring and Hancock cite a massive list of works coming in the near future starring Classic Pulp Characters in both Reprints and New Pulp Collections. “I’m excited to see just how new Authors take to these characters and what they come up with. There are so many forgotten characters that the possibilities are endless,” Moring comments.
For more information on Altus Press, go to www.altuspress.com.  To learn more about Pro Se Productions, go to www.prosepulp.com.
Share