Blame it on Stan Lee 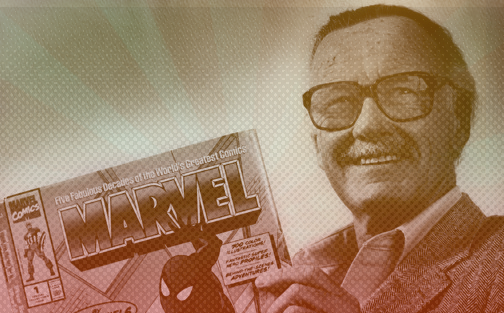 The subject of Creators’ Rights in Comics has been catapulted into the limelight in recent years with the sudden surge of blockbuster, comic related films taking in billions of dollars for the corporations that own the copyrights and trademarks while the creators or the estates of creators that conceived and created these gold mines,  struggle to get screen credit, let alone, some type of monetary compensation.

The current success of Marvel’s characters in all popular media has made Jack Kirby the posthumous poster child for numerous creators who are now victims of the comic industry’s tradition of work-for-hire agreements.

Stan Lee, Marvel’s long-time, imperial ambassador and co-creator on many of these characters, stands accused of benefitting enormous financial gain while failing to defend the rights of his various creative partners, most notably, Jack Kirby and Steve Ditko who many contend deserve more than just art credit for their contribution to the actual creation of the characters that they are associated with.

Stan has and always will be, first and foremost, a company man having been brought into the business as a gopher at the ripe old age of 17 by his cousin-in-law, Martin Goodman, the publisher and former owner of Timely Comics. Timely evolved into Marvel under the stewardship of Stan who took over as editor, replacing Joe Simon who left Timely with Jack Kirby  in 1941. Nepotism goes a long way in comics and Stan Lee, since, has always been “taken care of” for his role as a stalwart, corporate soldier. 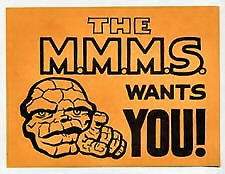 To be fair Stan Lee is  much more than the average, Marvel Monkey Boy. He is, unequivocally the Voice of Marvel Comics. The head cheerleader. The band leader of the Mighty Marvel Marching Society. Stan Lee, in many ways, has made himself into a Marvel character as epochal as any Spider-man, Avenger or X-Men. He has done so with a silver tongue, a witty pen, relentless salesmanship, unbridled enthusiasm, and a revisionist memory that defies the continuity strangled editorial policy of Marvel itself.

Stan Lee and his relationship to Marvel is his own greatest creation and he gets paid handsomely for it. Stan’s net worth is reportedly $200 million! This staggering figure infuriates co-creators and their heirs as well as comic fans focused on creators’ rights who all argue the unfairness that Stan Lee continues to acquire great wealth while his former collaborators are rewarded zilch. Most of them can’t even get a free ticket to see a movie featuring the character they created.

Is there, however, any evidence that Stan Lee is gaining that wealth from any type of royalty paid to him for his act of co-creating those characters either? If Stan got even a fraction of a cut from all the Marvel films and associated merchandise featuring a character that he is credited as a co-creator of , that $200 million would be a drop in the bucket.

So why does Stan Lee catch so much heat when the subject of creator’s rights comes up if he is probably a victim of the same corporate greed, himself?

Well, it’s his own damn fault.

While Stan was creating a marketing atmosphere that sold Marvel to it’s readers as one big happy, zany Bullpen, he took it upon himself to make stars out of his creators by giving them credits with merry monikers that were intended to stick in the minds of the legion of fans that was growing faster than even he could have imagined.

As Marvel Mania grew, Stan boasted and told all. He was very open about who he collaborated with and happily shared the details of the now famous Marvel Method of creating comics. Not only did he talk; he wrote it down in his own words so that even if his memory would one day be awry, there would be a very clear paper trail. 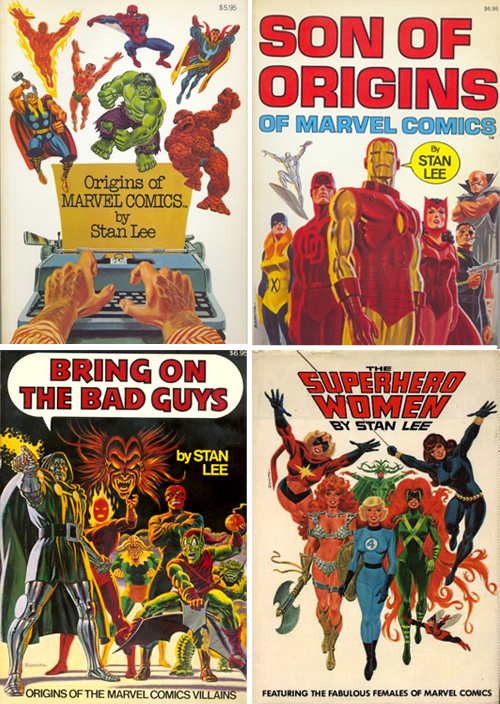 In 1974 Stan Lee authored Origins of Marvel Comics followed the next year by Son of Origins of Marvel Comics. The success of these two books led to The Superhero Women and Bring on the Bad Guys. These books all detailed his perspective of his creative relationships with the artists in the Bullpen especially his dependancy on his numero uno illustrator, “Jolly” Jack Kirby. 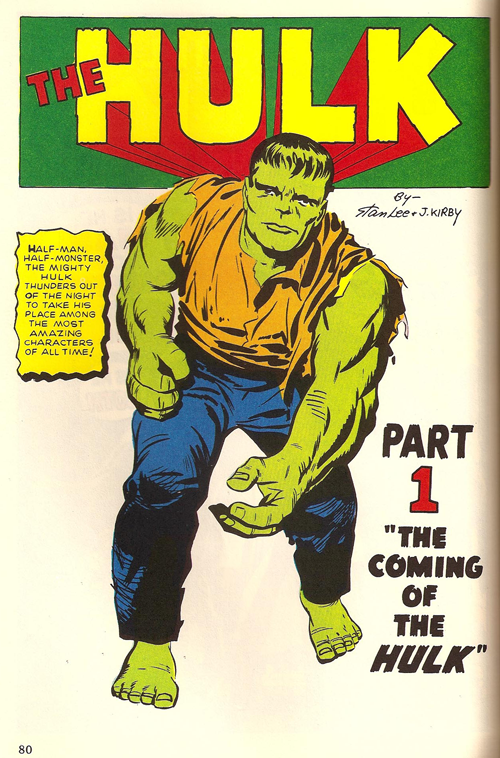 Stan seemed to do all this with an intention of elevating the appreciation of comic creators with both the public and the industry. He assesses that the writing in comics prior to the inception of the Marvel style “…left just a little bit to be desired.”

To make his point he writes:

“Who were these people who actually created and produced America’s comic books? To answer that burning question we must be aware that comics have always been a high-volume low-profit-per-unit business. Which is a polite way of saying that they never paid very much to the writers or artists. If memory serves me (and why shouldn’t it?), I think I received about fifty cents per page for the first script I wrote in those early days. Comics have always been primarily a piecework business. You got paid by the page for what you wrote. the more pages you could grind out, the more money you made. The comic book writer had to be a comic-book freak, he had to be dedicated to comics; he certainly couldn’t be in it for the money. And unlike most other forms of writing, there were no royalty payments at the end of the road… no residuals…no copyright ownership. You wrote your pages, got your check, and that was that.”

We all know that Stan Lee values credits highly and was sure to plaster his own name on every Marvel comic. Stan Lee Presents and Stan’s Soap Box were as much of the part of the Marvel experience as anything else. His famed sign-off,“Excelsior!”, still brings a giddy rush to a generation of comic book fans. In an effort to instill some added pride to the work of the comic creators in the Bullpen, Stan began putting credits of all the creators in the comics Marvel produced.

“…I’ve frequently mentioned Jolly Jack Kirby as our most ubiquitous artist-in-residence. He wasn’t christened Jolly Jack –– sometimes he wasn’t even that jolly –– but I got a kick out of giving alternative nicknames to our genial little galaxy of superstars, mostly for the purpose of enabling our readers to remember who they were. You see, prior to the emergence of Marvel Comics, the artist and writers who produced the strips, as well as the editors, art directors, and letterers, were mostly unknown to the reader, who rarely if ever saw their names in print. In order to change that image and attempt to give a bit more glamour to our hitherto unpublicized creative caliphs, I resorted to every deviceI could think of –– and the nutty nicknames seemed to work.”

And it did work! Joe Rosen, a letterer in those days said in COMICS INTERVIEW #7, “That’s why I admire Marvel. By instituting credits, they made you feel prouder of your work. And by being so successful they revamped the industry and launched so many titles that they made it possible to have a professional career.”

Stan knew that to be successful you have to make those around you successful. He did this by giving credit and creating work. Most of which went to Jack Kirby.

Throughout the Origins series and, actually, most of his career, Stan always spoke very highly of Jack Kirby and his creative contributions. Some of those very telling remarks have been posted on the Kirby Museum website in Robert Steibel’s Kirby Dynamics but I have to refer to a quote in Son of Origins where Stan Lee completely asserts Jack Kirby’s role:

“Jack was (and still is)* to superheroes what Kellog’s is to corn flakes. When such fabulous features as The Fantastic four, the Mighty Thor, and The Incredible Hulk were just a-borning, it was good ol’ Jackson with whom I huddled, harangued, and hassled until the characters were designed, the plots were delineated, and the layouts were delivered so that I could add the little dialogue balloons and captions with which I’ve spent a lifetime cluttering up the illustrations of countless long-suffering artists.” 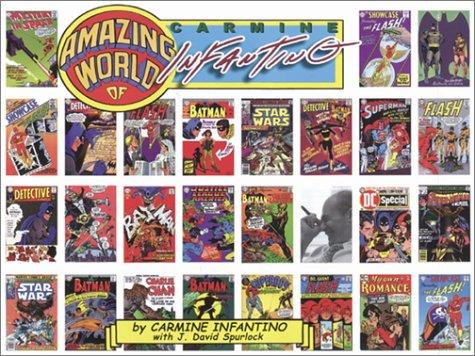 (*This was written during a period when Jack Kirby had left Marvel and gone to DC, unhappy because he was not being paid for what he considered “writing” at Marvel according to Carmine Infantino in his autobiography The Amazing World of Carmine Infantino. Kirby no longer wanted to be “second fiddle” and even declined an opportunity to collaborate with Joe Simon for the same reason though the pair did do a single issue of Sandman together.) 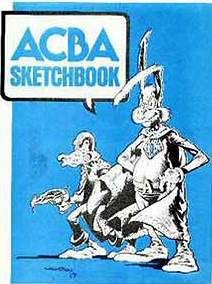 Stan recognized that his greatest resource was his talent pool and, short of finding ways to give them ownership in their creations, he looked for other ways to keep them happy. Stan was even the first president of The Academy of Comic Book Arts that he started with Neal Adams. The ACBA was to be the start of a comic creator’s union of sorts but did not last long.

Stan Lee has been in the comic book business for seventy-three years, probably longer than anyone else alive. He has done more for crediting comic creators than any editor who had gone before him, revealing his greatest sin. With his eye focused on glamour and recognition he failed to affect righteous residual compensation for the efforts of Marvel’s comic creators. His compliance with the business tradition that he himself recognized as insufficient destined generations of creators to teeter on poverty while their creations reaped gold for Marvel.

The victims of this industry-wide practice blanket the entire comics landscape, some tragically. Most recently Robert L. Washington III co-author of Static which is currently owned by DC Comics died of a heart attack in abject poverty at the age of 47. His contribution to the Heroes Initiative is a heart wrenching window into the reality of too many comic creators. 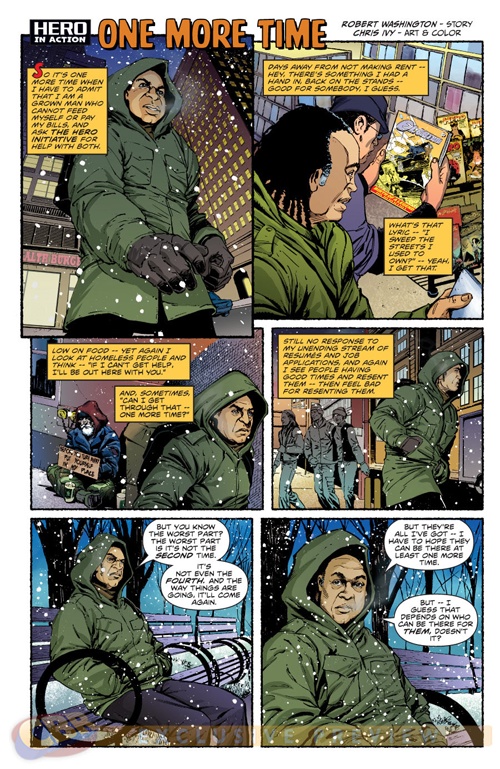 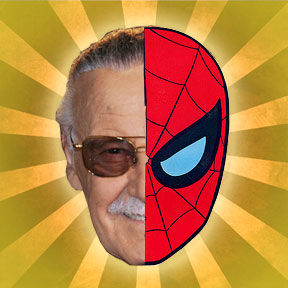 Stan, we love you man, but we need you now, more than ever, to stand up for comic creators or you will be always be cursed with the blame for Marvel cheating the same creators that you personally paraded as stars. You can still make a difference. It’s time to put an end to an archaic, unjust work-for-hire practice that keeps talented people impoverished while a soulless corporation bloats over the spoils of their creative efforts.

You have stood at the helm of a company that has created heroes your entire life. Be a hero to those that depended on you the most, the ones that helped you build that fabled “House of Ideas.”

As an added Bonus here’s a link to Neal Kirby’s FATHER’S DAY tribute to his dad that ran on this site last year. 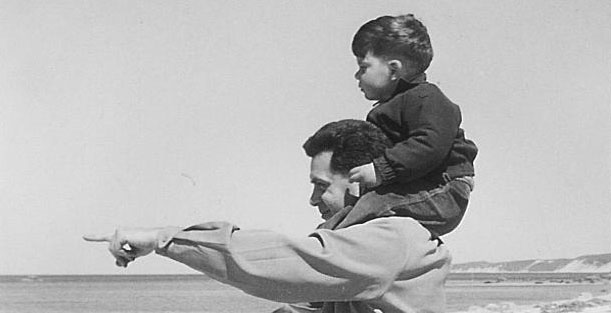