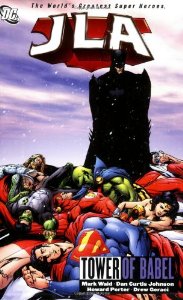 Warner Home Video has released the official trailer for Justice League: Doom, an all-new entry in the popular series of DC Universe Animated Original Movies due in early 2012 on Blu-ray, DVD, OnDemand and for Download.