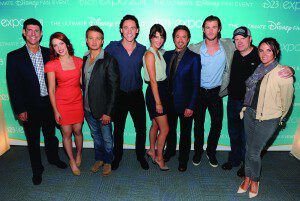 For those of you who missed out on Disney’s fan fest, D23, the studio provided us with a recap which we will run intact below. But we know what you really care about is what was said and shown about next year’s The Avengers. Well, there were some clips, another blindingly fast set of clips. According to a report over at Newsrama these included “a conversation between Tony Stark and Loki — with Tony Stark notably appearing behind a bar. Stark details the Avengers lineup — ‘a couple of master assassins, a demigod, and a living legend that actually lives up a legend’ — and Loki retorts back, ‘I have an army.’ ‘We have a Hulk,’ Stark replies.

“The montage sequence also included a monologue from Fury, detailing the purpose behind the Avengers — that they were organized to take on the threats that S.H.I.E.L.D. can’t.” 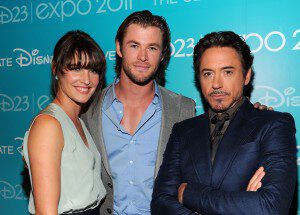 Bleeding Cool added, “In the clip, Loki is shown trapped in a cage on the helicarrier. It’s a cage built to hold The Hulk, and he’s told that if he’s too much trouble, they’ll just drop it out of the botttom of the helicarrier, 30,000 feet to the ground below. Maria Hill and Steve Rogers watch from the bridge on a monitor while Tony Stark and Nick Fury step up to Loki and have a little threatening banter with him.”

“At the start of Feige’s presentation,” Newsarama continued, “a reel was shown of the five previous Marvel Studios films — Iron Man, The Incredible Hulk (no Edward Norton footage was shown), Iron Man 2, Thor and Captain America: The First Avenger. The clips focused on the interconnectivity of the movies, scenes like Tony Stark appearing at the end of Incredible Hulk and Johann Schmidt discovering the Tesseract at the beginning of Cap. That vignette ending with the tagline ‘assembly begins next summer’.” 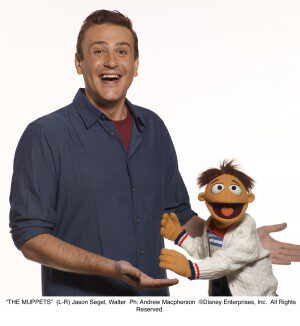 BURBANK, Calif. – August 20, 2011 –Today, Disney film fans went behind the scenes to explore the exciting roster of projects on the horizon at The Walt Disney Studios.

Disney’s Wreck-It Ralph
Director Rich Moore welcomed Jack McBrayer and Sarah Silverman on stage where the D23 audience was the first to see the opening sequence from the movie.

Disney•Pixar’s Brave
Filmmakers Mark Andrews and Katherine Sarafian were joined by actors Kelly Macdonald and Kevin McKidd to present footage from the film.

Disney•Pixar’s Monsters University
In a special surprise appearance, Billy Crystal, flanked by Mike Wazowski and Sulley, joined director Dan Scanlon to discuss the film and show some behind-the-scenes making of the film. 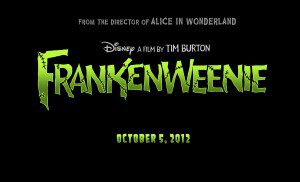 Tim Burton’s Frankenweenie
Producers Don Hahn and Allison Abbate gave fans a sneak peek at what’s to come in next year’s film, including a demonstration on how these fascinating characters come to life through stop-motion animation. 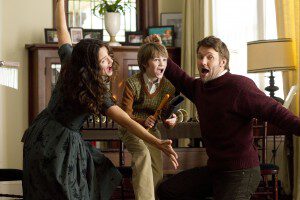 The Odd Life of Timothy Green
The film’s star Jennifer Garner was on hand to talk about the inspiring, magical film and her experience making the movie. 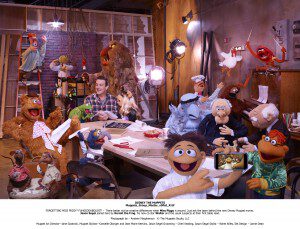 Also, as part of the festivities, Buzz and Woody were onboard to help celebrate Pixar’s 25th Anniversary – with enough cupcakes for the entire audience!