MINDY NEWELL: What If? Just Imagine! 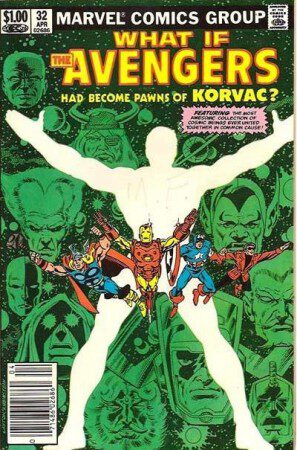 A little over a week ago, the United States of America was on the verge of defaulting for the first time in its history. The chaos isn’t over – witness the roller coaster ride of the stock market over the last seven days – but that week the pundits on radio, on Fox and MSNBC and CNN, and on The Daily Show and Stephen Colbert, conservatives, liberals, progressives, Tea Baggers (excuse me, I mean Tea Partiers) – everywhere you had ears and eyes in working order, people were bloviating (to borrow a word from Bill O’Reilly) about the #1 question on everyone’s minds….

What If The United States Of America Defaults?

Mike Gold and I spent hours on the phone talking about the possibility – well, to be truthful, I was the one ranting about the goddamn Repugnanticans (my own coined word for what passes as the party of Lincoln these days) while Mike –who would be described by people like Michelle Bachmann and Sarah Palin and Karl Rove and Rick Perry and Dick Cheney as nothing but a typical gadfly of the lefty Jewish intelligentsia cabal – tried to reassure me that the U.S. wouldn’t default. And in that strange way in which my mind equates things, the What If? and my column and comics and politics started swirling and mixing and merging and uniting and jumbling up all together like that giant melting pot America is supposed to be, and somehow I ended up equating the political wars of 2011 with a little Marvel comic book called What If…? and DC’s sundry imaginary stories of pick-your-favorite-DC-hero.

What If was a comic book I loved. The “Imaginary Stories” of DC captured my, well, imagination. They validated the child whom I had been, the fantasist that is still there, has never left me, and I know never will. That girl was always asking questions, always dreaming, always wanting more; she believed – still believes – that the world is more than we know, that magic is real and impossible things do happen. Things like, What If? I lay on my back and stare into the blue sky long enough, I’ll be able to see through and into and past it to the very depths of the universe, and maybe even all the way to the very end of the universe where I would see – what? God? Another universe? The Door at the End of the Universe? Things like, looking out my window late at night when the world is fast asleep and the lilac tree outside my window is gently stirring from the breath of the South Wind, perfuming my room with What If?

I can finally pick out that second star to the right from among all the stars in the sky, so Peter and “Tink” will come for me and take me to Neverland. And things like, Imagine if I can pick out just the right Supergirl costume at Aunt Ida’s toy store and put it on after Mommy and Daddy and my brother Glenn go to sleep, I’ll be able to fly and have x-ray vision and be Superman’s secret weapon. (And get back at all the boys who made fun of me at school because I didn’t have breasts yet and the girls who laughed at me because I was a tomboy who rode a “boy’s” bike.)

Marvel’s What If…? and DC’s “Imaginary Stories” were books that played with all the possibilities that could occur if things didn’t happen as we knew they had happened, written by dreamers and like me. What If …the Marvel Bullpen became The Fantastic Four? Imagine if Lois Lane married Superman? What If… Magneto led the X-Men? Imagine What If… Jane found Thor’s hammer? Imagine that Lex Luthor killed Superman? What If… Sue Storm married Namor? And the greatest of them all… Alan Moore’s Whatever Happened to the Man of Steel?

Of course, all super-hero comics are imaginary. Imagine that a planet is about to be destroyed, and its greatest scientist and his wife send their infant son to Earth so that he will live on as the last survivor of a once-great civilization, gaining powers beyond those of mortal men in the bargain. What If a lonely, nerdy teenage boy gets bitten by a radioactive spider and gains its abilities, only to use them to earn enough money to buy a car and impress a girl, but because of his selfishness, his beloved uncle dies? What If upon puberty a genetic mutation occurs in the spirals of a young man’s DNA and suddenly he cannot open his eyes without unleashing bolts of energy he cannot control. Imagine that a test pilot find a crashed spaceship with a dying alien aboard, who recognizing a kindred, if yet untapped, spirit, passes on to the test pilot, with his last breath, a strange ring with a green “battery,” which will initiate the test pilot into a galactic squadron of valiant knights? What If a doctor with a crippled leg discovers that he is really the son of Odin, banished from Asgard until he learns humility? Imagine that a lonely queen of an island of women asks her gods to grant her one boon, to have a daughter, and the gods in their wisdom grant her that wish.

From the beginning until the end, there were and will always be people who dream, who wonder, who will ask What If…?, who will say Just Imagine…They will be writers and readers and quantum physicists and astronauts and your neighbor across the street taking out the garbage and the woman in the checkout line at the supermarket and the politician who doesn’t care if he’s crossing party lines and girl always with her nose in a book and the guy checking out the ranking of his favorite football team.

And some of their dreams will come true. I should know. Y’know that story I told you a few paragraphs back? About imagining finding a Supergirl costume that gave me her powers? One day at the DC offices I was telling Julie Schwartz about it, and he told me to write it up and he would use it as a back-up story in an issue of Superman. And I flew home.

What If your dreams could come true?