Most products have a targeted audience, and that includes comics. In fact, it has a primary and secondary audience and it might surprise fans to know that they are the secondary audience. Who is the primary audience? Distributors and retailers – or, at least, they have been.

A quick review/primer on how comics are sold: when comics are printed they are shipped to distributors who then solicit the sale of the comics from retailers (traditionally direct sale comic book shops) who have pre-ordered the books based on how many they think they can sell. The books are then, hopefully, sold to a public who comes into the shops and buys them off the shelves. 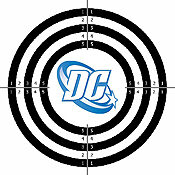 That’s the trick. If the books don’t find their ways to the shelves, they don’t get sold. The distributor has a catalog in which the books are advertised and where and how they’re placed can determine how many copies of a given book are ordered or if they are ordered. The retailers’ goal is to sell out each book each month. Why? Because they’re stuck with each book they don’t sell; the books are non-returnable. It makes better business sense to order too few than order too many especially when you look at the volume of titles out every month.

The primary goal of the comic book companies is to make money which translates into how many books they sell. They want to convince the distributor to give them bigger space in the catalog so they can attract the eye of the retailers so that they will order more or at least the same amount as the previous month. (Many retailers I know automatically reduce their order by so many percentage points every month unless the book is in the top twenty. They assume readers drop off after a certain point. Why do they assume that? Experience.)

How do the big companies do that? They stage events – crossovers, multiple covers, guest stars (Wolverine or Batman everywhere!), revamps, new creative teams, new directions and so on. The companies hope that the fans will get excited but the real reason is to get the primary target audience to order more. So the stories that the secondary audience – the reader – sees is largely dependent on what grabs the primary audience.

And all that’s going to change. The small independent creators are proving that they can sell their comics online or in digital form direct to the fans. And the big companies have taken notice. DC is making its book available online the same day they go on-sale in shops. If it’s successful, expect everyone else to follow and fast. The secondary audience will become the primary audience.

What will that mean in terms of story? It means things could get real interesting. More on that next week.

(Editor’s note: This column was supposed to be posted on Sunday morning. That’s what the editor set everything up for. But it didn’t happen. We think this is because the editor is an idiot. Our apologies to John and all the Ostranderites all over the globe.)