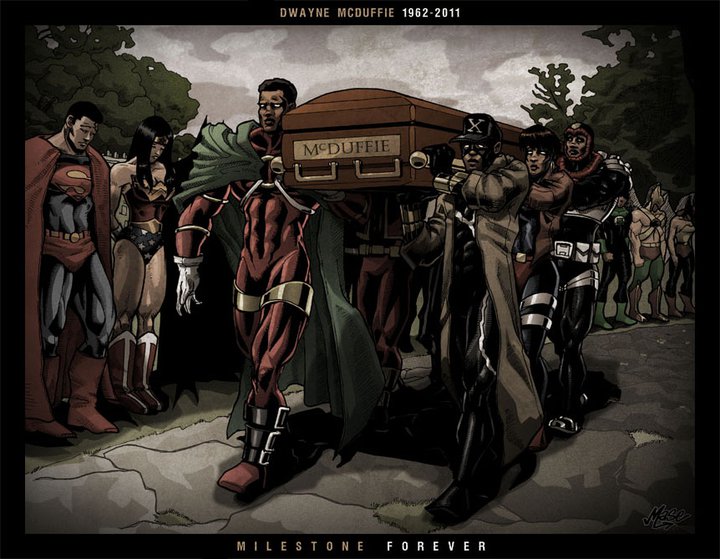 We’ve found more things to point to in the wake of the passing of Dwayne McDuffie. First, we have the artwork above by James Mason on Dwayne’s passing. And Michael Davis, Dwayne’s co-founder of Milestone Media, presents what may be the last photo of the Milestone creative founders from the 2010 San Diego Comic-Con. From left to right: Denys Cowan, Dwayne McDuffie, Michael Davis. 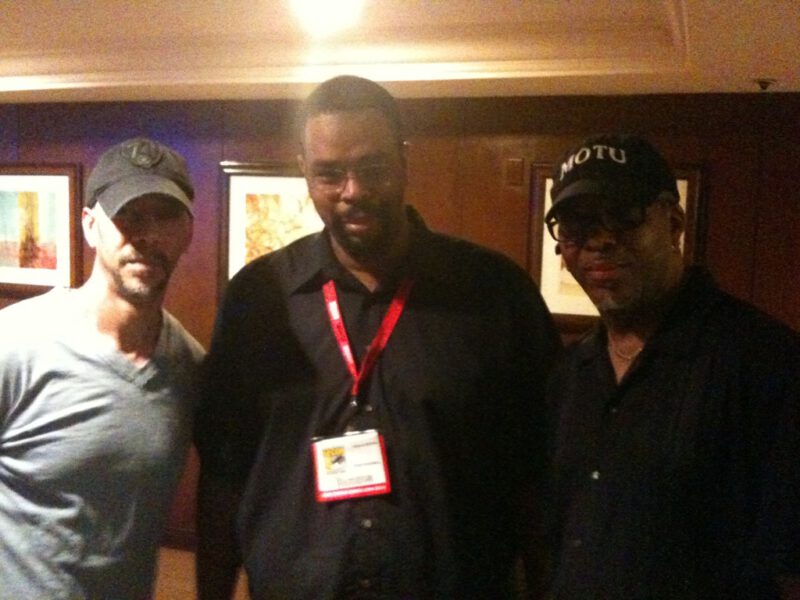 ‘Motherfucker’ was part of the way I used to describe Dwayne. The full description was, Dwayne McDuffie is the smartest motherfucker I’ve ever met.

I’m a smart guy, I’ve been to Ivy League schools and I have a PhD. Dwayne could destroy me without breaking a sweat on any subject.

How in the world can we go on?

A world without that smartass motherfucker is a world I do not want to think about.  Denys Cowan told me that there is now a giant, GIANT hole in the industry not to mention the hole in our hearts, which we both mentioned because as badass as we act, we are really pussies.

My best guess is we go on by honoring Dwayne for what he was, a fantastic writer a great friend and one badass motherfucker.