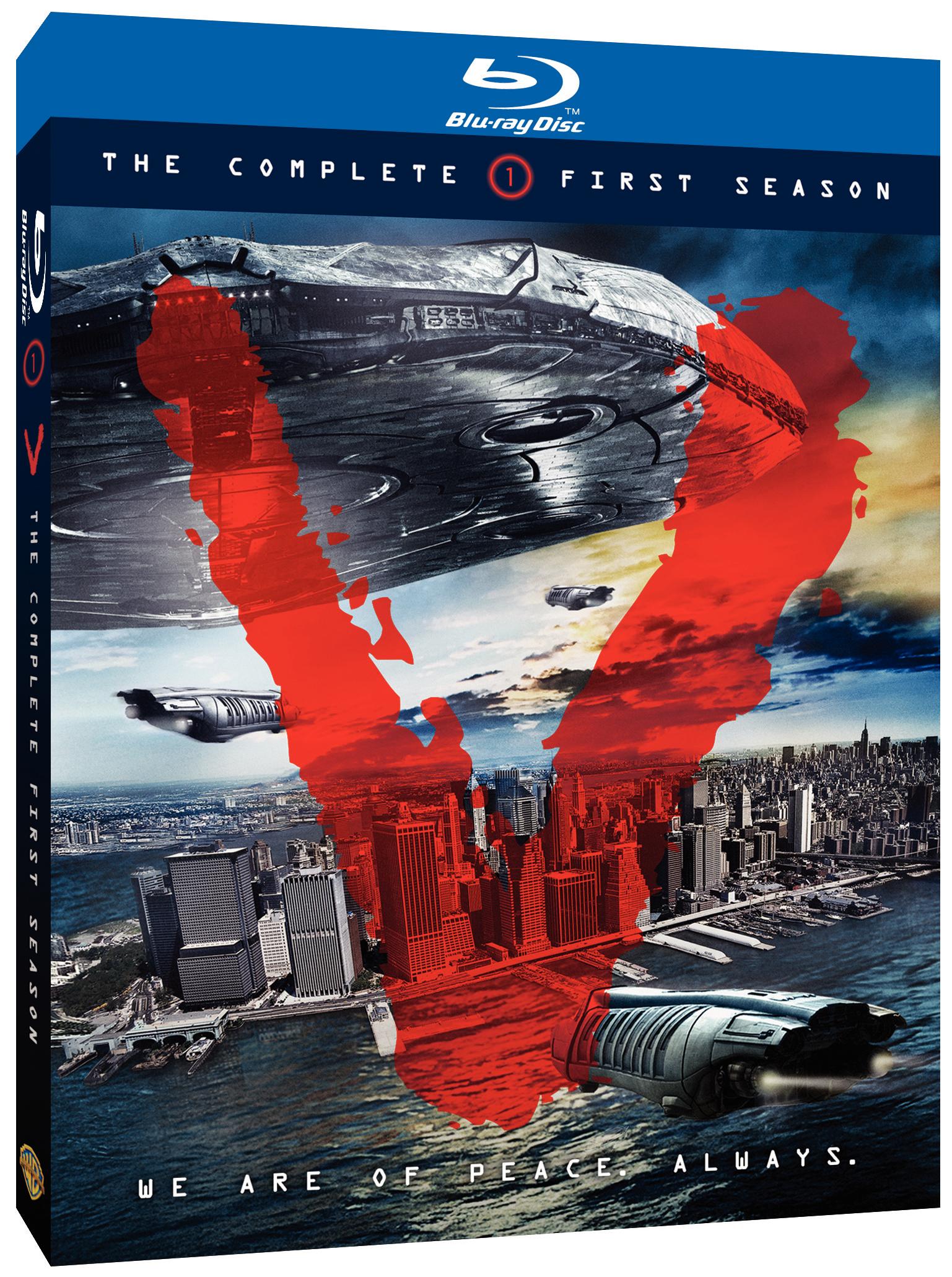 Kenneth Johnson set out to produce a television miniseries with allegorical elements to the way humanity surrendered to the forceful appeal of the Third Reich – except for an underground resistance that proved to save the world for freedom. His initialV miniseries on NBC was filled with memorable characters, some spooky reveals and was quite effective. The sequel mini wasn’t bad but then Johnson was gone but NBC wanted a weekly series and that was a train wreck. Since then, Johnson and the networks have danced around reviving the story of humanity’s struggle to control its destiny in the face of overwhelming alien forces. When it was clear the creator wasn’t going to see things his way, he turned his premise into a turgid and frankly, not very good novel while Warner Bros. moved ahead without him and that may have been for the best.

Seeking other nifty genre properties to capitalize on the success ofLost, ABC commissioned some fanciful stuff the audiences weren’t ready for (Pushing Daisies, Eli Stone) and then tried closer copies (The Nine) and finally turned to fiction (FlashForward). All along, it toyed with V; developing it slowly until finally committing to a half-season’s worth of episodes to see what might work. Last fall, we got the first four episodes, got hooked, and then had to wait until the spring for the rest. By then, we got restless and decided what we got may not have been worth waiting for. Still, when it was time to commit for the current season, ABC chose V, which seemed to hold more promise, than FlashForward which never should have been an open-ended series to begin with.

The second season was to begin this month, hence the current release of the first season from Warner Home Video. Instead, the alphabet network delayed the show until January 4. So, we have all holiday season to renew our acquaintances with the current Visitors and get ready for what is being promised as higher stakes and a faster pace.

The show is a delight to look at, with that high sheen and gloss you expect from prime time. The alien ships are vast, spacious, and gleaming with chrome and polish. The lizard-like humanoids are disguised as uniformly attractive humans, making them appealing to a world that cautiously seems to welcome them.

They’re here for a reason and we don’t know it. But whatever they want, they want it badly given the size and scope of the forces brought from their homeworld to Earth. And, unlike the original incarnation, they’ve been infiltrating humanity for years. This is perhaps the best alteration to the original followed by shifting the fascist themes to more contemporary concerns, although it doesn’t strike me as mirroring the Obama administration as Slate has suggested. Largely because humanity doesn’t have an Obama-like figure to rally around. Instead, the scrappy resistance is led by the wonderful Elizabeth Mitchell as an FBI agent and mother, whose teen son can’t seem to think straight (and who can blame him with the seductive Laura Vandervoort revving up his hormones?).

Since we don’t fully understand their level of technology or their need for Earth, the story feels murky and the pacing doesn’t service the growing ensemble all that well, which may also be attributable to the behind-the-scenes politics which saw showrunners come and go. The core cast grows a bit when Anna’s mother arrives this season in the form of Jane Badler, a holdover from the original and a nice way to acknowledge the first series. And where Mitchell is passionate and tenacity, Morena Baccarin’s Anna is cool, calculating and quite deadly.

The box set contains the entire 12 episode first season along with commentary on episode eleven from executive producers Steve Pearlman and Scott Rosenbaum. There are also 17 minutes’ worth of deleted scenes, none of which are sorely missed but all welcome as they fill in some gaps. You get another 17 minutes with The Actor’s Journey from Human to V as the cast discuss the original series and compare it with the version they’re working on. Better, and again at 17 minutes, is Breaking Story: The World of V, where Rosenbaum and some of the production crew discuss how they craft the episodes, a nice glimpse into the writers’ room. An Alien in Human Skin: The Makeup FX of V, a mere 12 minutes, looks at the current state of television makeup effects while The Visual Effects of V is an engaging 16 minute piece on the associated visuals.

If you like the premise or the cast or missed the show and want to see for yourself, this is a handsome, solid package.