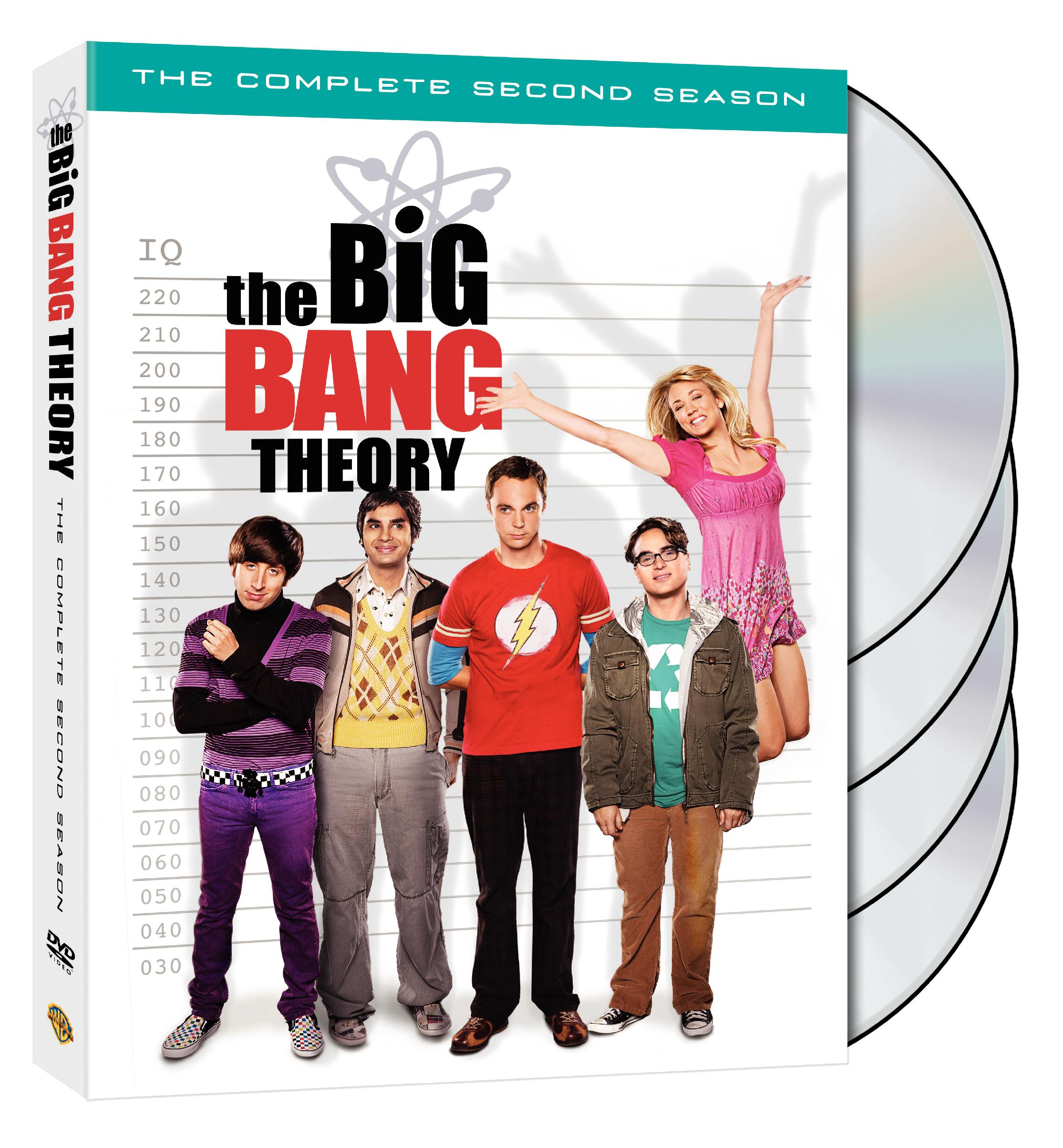 When we first heard about The Big Bang Theory

, we weren’t sure if geeks of all shapes and sizes were going to be ridiculed, mocked or used as comic foils. Fortunately, the producers came with a pedigree for smart, funny comedies, headed by Chuck Lorre ([[[Dharma & Greg]]]). His take was that if the media declared the geeks had won and were taking over, they were ripe for a sitcom, using their foibles and interests for fodder. Coupled with a cool theme song from the Barenaked Ladies, the show debuted to good reviews and middling ratings, good enough to get a second season.

We should all be thankful since the second season strongly builds on the characters and situations, deepening the quintet of friends and sharpening the humor. The four-disc second season set is being released today by Warner Home Video and is a Must Have for ComicMix readers.

For those unaware, the show features four geeks, all respected professionals in the field of physics who also embrace every geek interest under the sun, from Renaissance Faires to World of Warcraft to the Wednesday ritual of New Comics Day. Two, Sheldon and Leonard (hopefully a nod to the great sitcom producer Sheldon Leonard), share an apartment where the others – Howard Wolowitz and Rejesh Koothrappali – congregate with regularity. Living across the hall is aspiring actress Penny, who works as a waitress. Having a hot chick next door was a launching pad for much of the first season humor, especially as Leonard fell for her despite having nothing in common with her.

The second season’s 23 episodes allow the characters to grow and evolve with wonderfully humorous results. Good humor should stem from the characters and situations while working on multiple levels. You don’t have to know the science fiction shows referenced to understand how outlandish some of their rituals and comments are. Penny acts as the audience’s Point of View, showing her befuddlement. On the other hand, those of us in the know, get extra giggles from the attire, decorations or one-liners.

The first episode shows how comfortable they have grown with one another as Penny actually calls Sheldon a friend, putting them on a path towards the wonderful Christmas episode when he tries to over-prepare for a gift exchange and she gives him something beyond his expectations. The gentle ending is a highlight. Sheldon is actually coming to grips with having someone like Penny in his world and while he accepts her, doesn’t always approve of her “common” ways.

Penny has also grown, evidenced by “[[[The Dead Hooker Juxtaposition]]]” which shows how far she has come when another hot, more successful blonde moves into the building. On the other hand, the additional depth we see when she deeply wounds Howard in “[[[The Killer Robot Instability]]]” shows how some of these guys need to mature.

The show is helped by solid guest stars and recurring players such as Leslie (Sara Gilbert) who has dated Leonard and this year dates Howard and Christine Baranski as Leonard’s cutting, clueless mother. A geek highlight is when the four encounter Summer Glau on a train and its Raj, fueled with liquid courage, who actually connects with her.

All comics fans must see “[[[The Hofstadter Isotope]]]” for Penny’s first visit to a comic shop. And of course, here’s the introduction of the hand game “Rock, Paper, Scissors, Lizard, Spock”.

The season ended with the four guys off to the arctic for a three month research assignment with Penny coming to realize how much affection she actually has for Leonard, setting things up for the new season, debuting next Monday.

The box set comes with three nice features: a look at the contributions made by UCLA’s Prof. David Saltzberger to keep the science accurate; a look at how the characters have changed and grown with comments from the cast and crew; and a wonderful Gag Reel.

I deeply wish the show continued success and hope it reminds others how good, solid comedy can be structured, written, and performed. These shows stand up to repeated viewings thanks to the sharp writing and wonderful performances (kudos to Jim Parsons for his Emmy nod).