With the holidays fast approaching, the question becomes: what do you get for the comic-loving gamer in your household?  Well, here are some of the best releases from this year to satiate their comic-gaming lust and keep you looking like the know-it-all Santa.  From purely comic-related titles to one of the year’s best surprises for film-fans, this is the collection to make your gamer happy. 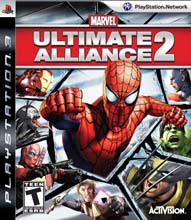 Playing the previous title in this series isn’t necessary, as the events that unfold herein are actually the video game adaptation of Marvel’s ‘Civil War” event from a few years ago.  As players traverse the games environments, you’re tasked with choosing Pro- or Anti-Registration stance as you recruit new team members for your cause.  Gameplay is multiplayer-centric, as 4 players can team up together to take on all foes in this combat rich title.  As players pair up different members of their teams, stat bonuses reward the player for pre-existing groups (like having all the members of the Fantastic Four as a team, for example).  The control is refined from the previous title, so those who ARE familiar with the series will notice tighter control of their teams, as well ease in combining powers, one of the games newer features.  Here, timed special attacks can be joined with a selected partner for a larger attack, and bigger damage results.  While the ending won’t match the comic’s storyline, players will certainly enjoy all the Marvel references and characters throughout the title, and Xbox 360 and PS3 owners actually can download MORE characters to increase their player rosters. 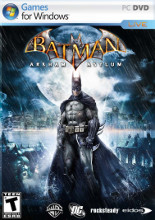 For a guy who’s not been very sucessful with having his own video games (or, at least having any GOOD ones), ol’ Bruce’s new title is AMAZING.  Take the best voice actors from the 90’s animated series (inlcuding Kevin Conroy as Bats and Mark Hamill reprising the Joker), mix in some next gen technology in graphics and gameplay, and throw in one of the best stoires that even the best comic writers could have cobbled together and you have not only one of the best Batman games, but one of the best SUPERHERO games in a long while.  Combat is free-flow, as you chain combos together between the various thugs that surround the Dark Knight.  Joker traps you in the asylum (after he allows you to capture him), then sets all the nuts free.  Thankfully, as the World’s Greatest Detective, you’ve got a full arsenal of tech and gagets, as well as the shadows to silently take down all comers.  With a giant Rogues gallery of baddies to put back in their pens, hidden homages to even MORE characters, and some of the best looking character models (and unique re-designs of classic favorites) this isn’t just a great comic game to own, it’s just a great GAME to own. 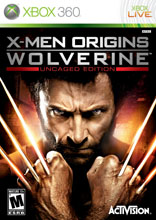 Ok…so somehow, the video game adaptation of this year’s first cinematic mistake (I say first because, honestly, there were SO MANY) ended up being BETTER than the spource material it was based on.  How’d that happen?  Solid gameplay mechanics, a more compelling story told through the events of the film as well as flashbacks to Logan’s past, and tapping into what Wolverine REALLY is…a feral, brutal killing machine.  The “Uncaged Edition” refers to the next gen version of this title, which rightfully so deserves it’s M for Mature rating.  Logan dismembers, mauls, and guts anything and everything standing in his way, and tears through baddies like paper mache.  Have you ever seen Wolevrine tear off someone’s arm and beat them with it in the movies?  Not likely.  If your gamer is younger, this version may be a tad too violent, but the versions on Wii & PS2 are toned down to a T for Teen rating.  Thankfully, most of the gameplay still remains, but the definitive versions are for the next gen consoles. 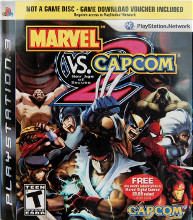 Alright, so this is a much older title, but this year it was re-released as a download for the Xbox 360 and PS3 online stores.  Taking the fast, frenetic gameplay of the Street Fighter series, and adding a slew of Marvel characters in a three-on-three tag-team fighting game is just pure win.  Pitting them against (or pairing them with) characters from Capcom’s roster of game characters is just the icing on the cake.  DC and Midway tried to do the same with last year’s Mortal Kombat VS DC Universe, but it was done better ten years earlier here, and now you don’t have to spend $90 on eBay looking for a copy for an old, out-dated system.  Just a $15 download and you’re pitting Iron Man vs Mega Man, Spider-man & Venom teaming up against Ryu & Ken…or just button mashing your way through ANY attackers.  Straight-up fighting was never so much fun. 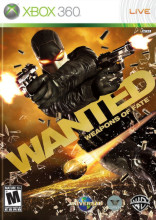 Picking up directly after the events of the film, Wesley continues on with his mission to take down the Fraternity.  After exposing what they had done to his mother years ago as he was to be born, he’s even more pissed.  Here, the gameplay mimics the film very well, with curving bullets a plenty, and tons of slow motion and stylized combat.  Not many of the actors from the film return to voice their characters, butthere are some VERY impressive sound-alikes used when the original couldn’t be.  The player switches control between Wesley in current day and his father, Cross in flashbacks, and the cinematic style of the missions is very slickly produced and (if you’ll pardon the pun) executed.  Plus, if you’re more a fan of the comic, there’s more touches and homages to the source material, as Wesley can fight in his original duds from the funny-books.  The only drawback with this title is it’s short length.  An average gamer can take down an army of assassins in just over three hours, but the multiple difficulties, as well as some cool powerups and hidden unlockables will keep the dedicated fans playing. 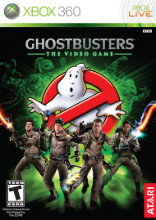 Not only having the distinction of being the only non-comic book game on this list, Ghostbusters also bears the honor of being one of my favorite games from this year.  Picking up two years after the last film, it basically serves as the third film in the series (and honestly, based on the direction of the proposed cinemetic sequel, should be the ONLY sequel).  Written by series writer’s Dan Ackroyd and Harold Ramis, and starring both them as well as Bill Murray, Ernie Hudson and Annie Potts (all reprising their roles from the films) the game takes players as the new recruit on the team as past ghouls seem to be returning to the city.  The next gen versions (PS3 & Xbox 360) all have a realistic look, while the last gen and handheld versions look a bit more cartoony.  However, all feature the snappy dialogue, hysterical situations, and jumpy ghost-scares the series is known for.  Let’s hope they drop the idea of making more films and just keep making games of this calibur.  It keeps the actor’s looking how we remember them (and thus, the series in the character’s prime), and the action fresh and inovative (such as the four blaster-types for your proton pack, as well as various trap methods found in this title).plus, the online options have teams of ‘busters taking on the most wanted ghosts from Tobin Spirit Guide.  It’s cliche to say, but busting DOES make me feel good, and the game’s charm, wit and control all shine through to fans and new-comers alike.