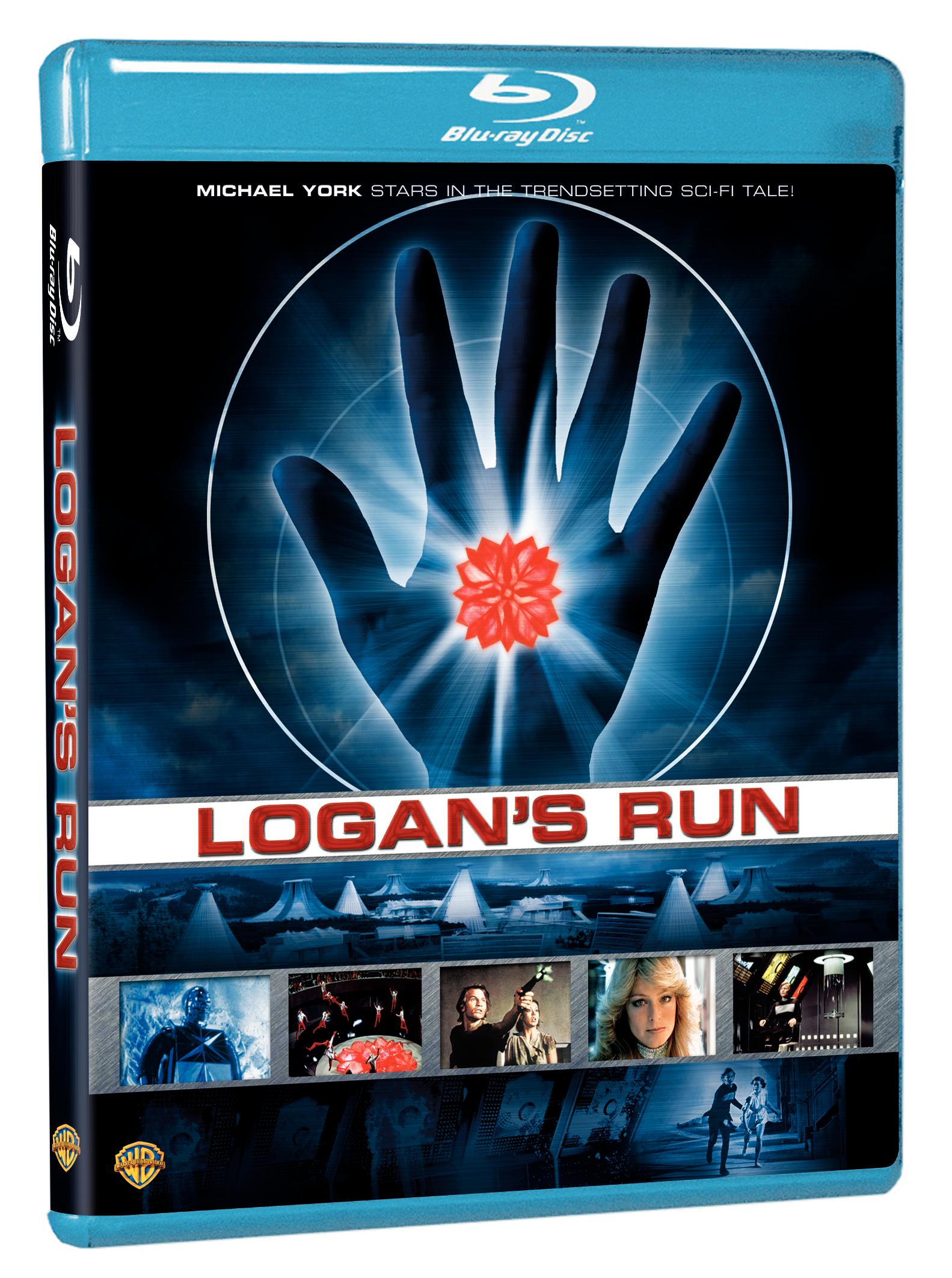 What a difference a year makes. In 1976, MGM released a film based on William F. Nolan and George Clayton Johnson’s 1967 novel [[[Logan’s Run]]]. Generally lambasted by the press, it may have been a nadir in science fiction films putting studios off the genre until the following May, when 20th Century Fox looked forward with [[[Star Wars]]].

on Blu-ray and it finally gave me a chance to see the movie, something that somehow eluded me back in High School. It has most certainly not aged well and I can see why Roger Ebert called it a “vast, silly extravaganza”, which changed the novel in some ways for the better but failed to visually interest us in the society.

In the film, directed by Michael Anderson, the biggest change was in the location of society: domed and hermetically sealed as compared with the book’s newly formed surface cities. The book also has people voluntarily ending their lives at age 21 which probably meant the culture could not be sustained because no sooner did people learn a trade, they had to die. Instead, the film changed the age to 30 at a time when people still spouted “Never trust anyone over 30” (while forgetting the second half: “Or under, either”).

The hedonistic society is said to be devoted to pleasure until the glowing crystal in palm denoted your time to enter an arena and become the night’s entertainment. Everyone else gathers in a stadium to watch you and others born on that date, float upwards towards an energy field that kills them. There’s a rumor that selected people can be “renewed” so people come back night after night to see if someone will be lucky enough.

Those who eschew this lifestyle, those who question the unseen authority that governs the domed world, are known as runners who flee in search of a place known only as Sanctuary. Law enforcement officers, known as Sandmen, are charged with stopping the runners, usually by killing them. And the film follows one such Sandman, Logan 5 (Michael York), as the Artificial Intelligence in charge asks him to go undercover as a runner and find Sanctuary.

Fortunately, he’s found a potential runner to follow in Jessica 6 (Jenny Agutter), whom he met only a night or two earlier. Her very questioning society got Logan to thinking so when the opportunity presented itself; he joined her in the escape. What complicates the assignment and spoils the film is Logan not confiding in his best friend, fellow Sandman Francis 7 (Richard Jordan), so Francis chases them, thinking he’s doing the right thing.

Along the way, our heroes are told by a recording to keep following the trail down but at one point they wind up on a platform taking them up. As a result, the movie starts going off the rails when no one ever questions what was “down there”. When they reach the surface, they find an ice cave (prompting them to strip down and wrap themselves in convenient bearskins) and a berserk robot, Box, who has decided freezing runners for eventual consumption made sense.

Escaping Box leads Logan and Jessica to a surface world they never knew existed and there they find the Old Man (Peter Ustinov), who shows them that aging isn’t all that bad. Unfortunately, setting this sequence in a vine-covered Washington, D.C. adds an unnecessary layer of subtext at a time when the country was already question the Federal Government.

Anderson, who did a far better job with George Orwell’s 1984, and screenwriter David Zelag Goodman completely failed to present a comprehensible society or characterization beyond two-dimensional surface traits for the three stars. York and Agutter are easy to watch but have little emotional range in this whereas Jordan’s pop-eyed style seems to come from some other film. Ustinov’s character is about the only one you care about.

A year later, the nature of science fiction film was turned on its head George Lucas’ Star Wars arrived, washing out the distaste left by this mess. Interestingly, Anderson’s earlier film, [[[The Dam Busters]]], has been credited as inspiration for the Death Star battle at the end of Lucas’ film.

The Blu-ray edition looks like a basic transfer without digital enhancements or attempt to clean it up. The extras contain commentary from the DVD edition and a featurette produced back in the 1970s. There’s little to recommend adding this your growing Blu-ray library.