Review: ‘Castle’ Season One on DVD 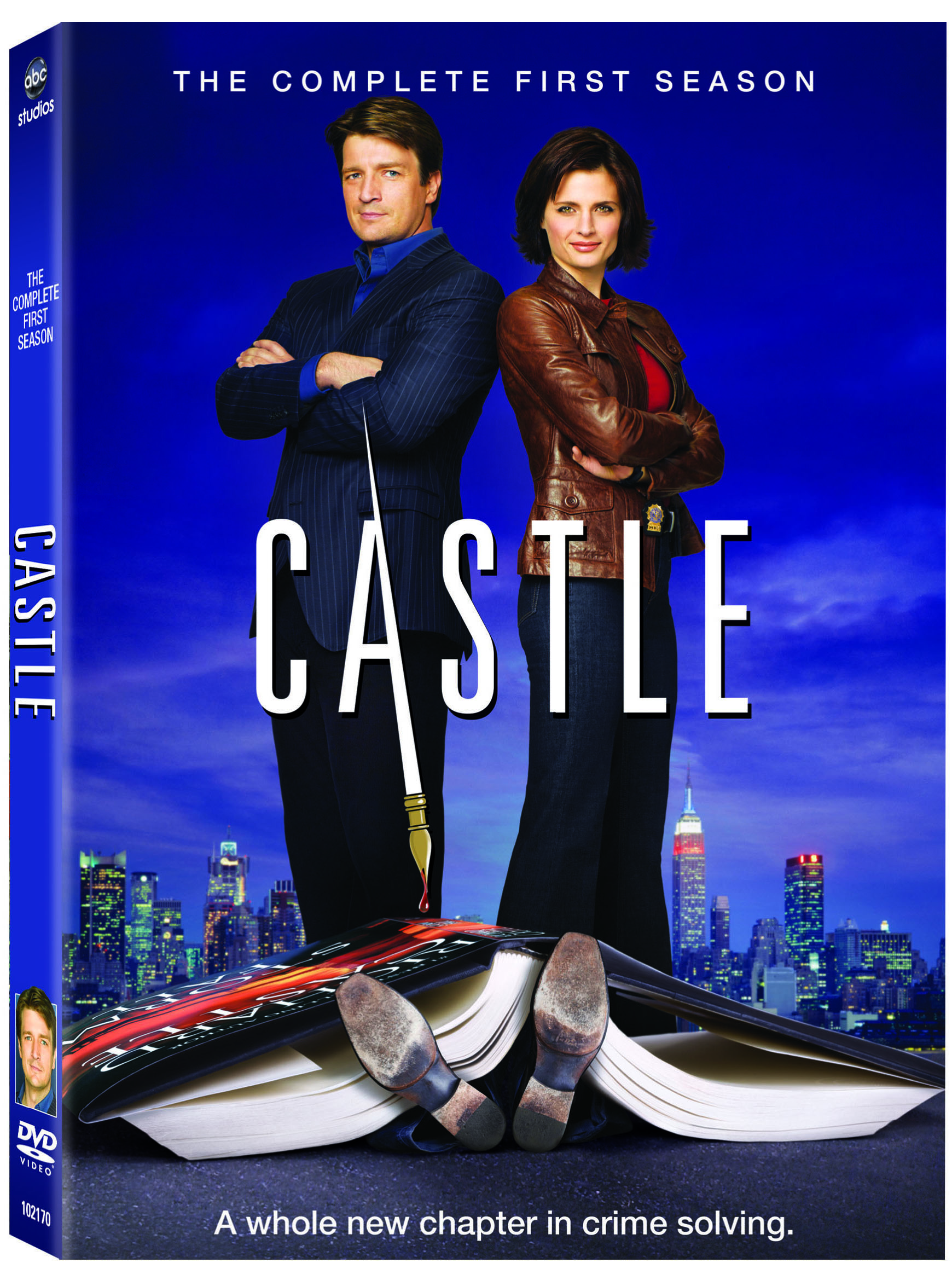 When the three-disc DVD set of [[[Castle]]] season one arrived, I was thinking about the series. I was immediately thought that this series would have been a perfect fit for NBC’s old [[[Sunday Mystery Movie]]], the rotating series that gave us memorable characters from Columbo to McMillan and Wife. The mysteries were usually background to the more interesting characters and the 90 minute timeslot left plenty of room for witty banter amidst the lightweight procedural process. When I heard series creator Andrew Marlowe identify McMillan and Wife as one of the inspirations during [[[Whodunit: The Genesis of Castle]]], I knew he got it right.

The series debuted in the winter and was warmly received with so-so ratings, keeping it on the renewal bubble right up until the May announcements. I was pleased to see ABC keep the series, which debuted its second season in style last night. And on sale today is the DVD set from Buena Vista Home Video. All ten episodes are here along with four featurettes and some episodic commentary.

A series about a best-selling mystery novelist and the NYPD detective he’s allowed to shadow is engaging and entertaining. Nathan Fillion makes every role he plays look easy and he has a gentle way about him, finding the humor in everything. When necessary, though, he knows when to drop the act and take things seriously. Grounded the show in the horrors of the crimes being investigated in Stana Katic, a lovely Canadian actress we’ve seen in countless genre guest spots ([[[Heroes]]],[[[Alias]]]) but this is her first series role and she’s making a terrific impression.

While their evolving relationship has the usual Will They or Won’t They element we’ve come to expect, they each have nice support systems that rounds out the cast and brings the show its unique feel. For Kate Beckett, there are her fellow detectives (Jon Huertas and Seamus Dever) at the precinct and the sole female pal, ME Lanie Parish (Tamala Jones). For Castle, who had been spiraling down to a dark place at the outset of the series, there’s his mother, a former theatrical star (Susan Sullivan) hoping for a comeback and his fifteen year old daughter Alexis (Molly Quinn) who is delighted she can stop mothering her father and go back to being a teenager. The scenes between Castle and Alexis are, to me, the best parts of the show because they depict a caring father/daughter relationship built on respect and trust.

As with all modern day series, there’s a larger mystery in the background and this show is no different. Beckett became a cop after her mother was murdered and the case grew cold. It’s a sore spot for her and she refuses to let Castle reopen the case, which of course he does. This will play itself out this season and one hopes it’s resolved and they move on.

The featurettes are as light, breezy and entertaining as the series itself. [[[Whodunit]]] is a nice look at the show’s origins and the building of the cast. Better is Castle’s Godfather, which is a look at the influence Stephen J. Cannell, the TV producer turned best-selling author had one Marlowe. Cannell and Fillion next star in Write-Along with Nathan Fillion, which is a satire on the actor learning to be a writer from a pro. While played with tongue-firmly-in-cheek, you do learn a few things about how Cannell works and works out. The Misdemeanors are a short collection of outtakes that are mildly amusing.

The show is highly recommended and if you missed out, now you can catch up in rapid fashion thanks to this nicely packaged collection.