Mark Millar To Rescue Superman After All? 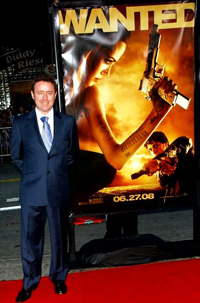 It’s no secret that top comics writer Mark Millar wants to write the next Superman movie. He’s given lots of interviews, and ComicMix has run a whole bunch of news items about this going back over two years. The story stalled when it appeared such a move was not going to happen.

It turns out Mark was misunderstood when it was reported Warner Bros. could not afford him. That seems logical for two reasons: 1) Warner Bros. can afford damn near anything, and 2) with the clock ticking loudly on their Superman movie rights and their miserable track record with this movie franchise, meeting the Wanted co-creator’s financial demands just might inure to everybody’s benefit.

Might. It’s Hollywood. No guarantees. According to Mark’s
board: “I don’t think I said they couldn’t afford me now. If I did I was joking
because writing Superman would be a massive payday so if I said that I was
obviously laughing at the time. It’s possible though as I like being glib.”

Mark had also stated “a very well-known American action director heard about my love of Superman, approached me and asked me to team-up with he (sic) and his producer to make a pitch.” Hmmm… I’m sure Warner Bros. appreciates the consideration.

Of course, there’s no word either way as to Warners’ feeling about the matter. We should know soon. In the Siegel estate fight, the courts mandated Warner Bros. produce a new Superman movie by 2011 or lose their rights to one of their brightest corporate jewels.