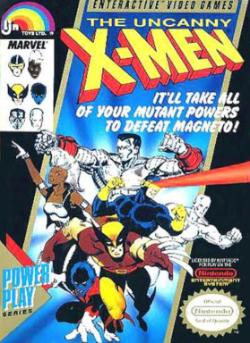 Comic books, admittedly, don’t have a great history when itcomes to video game adaptations.  Hell,most games based on licensed properties have a certain stigma about them.  It probably stems from the fact that theyfeel like a cheap cash-in…a way to make a quick buck on a popular fad such asmovies, TV shows, and yes, comics.  Now,that’s not to say ALL comic book games are bad, no; but the genre does have itsshare of stinkers.  Out of all thepossible crap-fests out there, these are the top six games that should never beallowed near your console of choice…EVER.

Back in the heyday of the Nintendo Entertainment System,they were making games for EVERYTHING. At the time, publisher LJN held the rights to the Marvel license, andsadly, churned out turd after turd.  Oneof their biggest steaming piles was this mess, based on Marvel’s MightyMutants.  What made this game sobad?  Well, sadly, the technology of theday seems to be the biggest culprit.  Thegame took a top-down view of the action, and since there was only so much youcould show in 8-bit, character details were pretty much non-existent.  That, combined with the muddy, dirty colorsof the backgrounds and you were lucky you could see anything at all, let alonewhich character you had selected. Nothing was recognizable, despite the fact that it had a decent sized rosterselected from the books.  Thankfully, it’sone of the few bad marks on an otherwise mostly successful game franchise.

Ugh.  When you talkabout ugly games, two system generations ago, we had some DOGS.  3D graphics were all the rage, and polygoncounts were climbing higher and higher. Sadly, they still couldn’t figure out that muddy background thing, andso stuff tended to blend together – badly. At least this time you could see what was happening…but it wasn’tpretty.  Take a tried and true gameplaystyle, affectionately known as the “beat ‘em up”, and add comic’s firstfamily.  What could go wrong?  Well, how about poor control, terrible plotand just plain shoddy gameplay?  First,the game is about the Fantastic FOUR…so you have Mr. Fantastic, InvisibleWoman, Human Torch, The Thing and…She-Hulk? Wouldn’t that be FIVE?  Then, you have repetitive, lazy combat (anormal pitfall for the “beat ‘em up”) of miscellaneous enemies that are largein number and small in variety.  Add to thatthe poor hit detection, lousy control response and just a general sense of “whybother?” and you 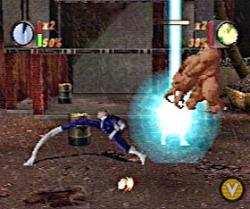 have this mighty gem.  Fantastic,indeed. 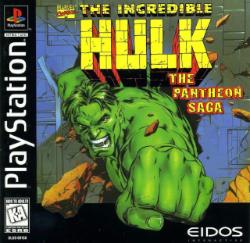 I’ll go into more detail when I review the Hulk’s games inan upcoming feature, but suffice to say, this entry is the worst of thebunch.  Blocky characters, another caseof poor control (just how are you supposed to get through certain areas whenthe Hulk jumps only two feet into the air?) and a bad translation of thecharacter (Hulk didn’t smash very much here) gave gamers a terrible way tospend an afternoon.

When it comes to Batman games, finding a good one is REALLYtough.  Honestly, at this point inhistory, there have been few and far between. Throw a rock in a game store, however, and you have a 98% chance ofhitting a BAD one.  Nothing tops thisone, however (not even some seriously horrid NES & Genesis travesties).  This game is so broken, control wise, I’venever actually been ABLE to play it.  Youstart on a building ledge after hearing a woman scream.  Move one way, you fall to your doom off theroof.  Move another, and you go nowhere.  It took me an hour to get to the next screen,where I walked into a corner…and promptly died. I don’t even know why, but I did it repeatedly for about 20 more minutesbefore I finally threw my controller in frustration.  The graphics didn’t look bad on the box, buton my TV it appeared as though someone dipped Bats in a pile of tar.  And then dumped the rest of the bucket onGotham. 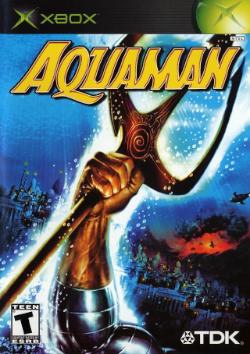 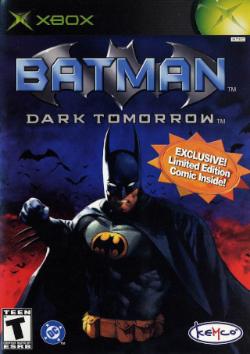 Wow.  Just typing thatbrings up nightmares.  The game wasdestined for failure from the start.  Takea character that’s so lame from the beginning not even Peter David could makehim cool, throw him into a title that appears as though even the DEVELOPERS hadit in for him, and you ALMOST have this game. The “story” in this title is told through comic panel cut scenes…with NOvoice-over dialogue.  None.  And it was made in this decade.  And there’s a LOT of text (for some reason).  Like, there would be something worth readingin an Aquaman game.  Guy has hook hand,can talk to fish, and fights badly and slowly underwater.  And there’s vehicle underwater for somereason that you can pilot.  And Black Mantais mad.  The end.

He only hero to have a worse history with video games thanBatman, would be Superman.  Our favoriteboy scout has had so many bad games that it must take something REALLY terribleto not only beat them all out, but also make it to the top of this list.  Let me assure you now, dear readers, thatthis game is the work of the devil.  Takea character with superhuman strength, speed and invulnerability, and…make himfly through hoops?  Wait, no, strike that…TRYto make him fly through hoops.  All thepowers in Supes’ arsenal, and you have him hefting cars (that he can chuck atCIVILAINS) and attempting to lift himself off the ground to soar throughCIRCLES IN THE SKY????  Seriously, thecontrol in this game will have you begging for a kryptonite enema.  What else can I say? 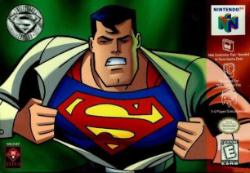 Ian Bonds is a writer,video game retailer and comedian from Baltimore who plays far too many comicbook based video games.  He doesn’t suggest that ANYONE get a kryptonite enema.