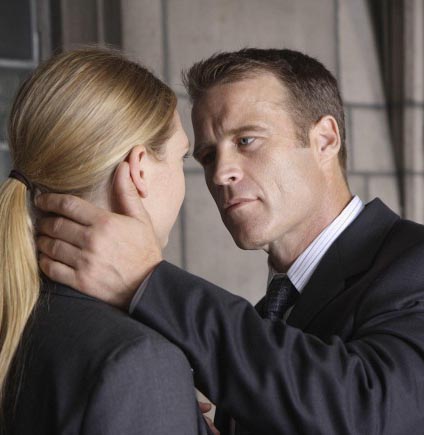 Autopsy Report: “Power Hungry”
From Fox: “When it’s discovered that a rather simple man has the ability to harness electricity, dangerous and deadly occurrences follow, and our unlikely trio investigates this super-charged oddity. Meanwhile, Olivia has a high-voltage encounter of a different kind when she is rocked by a blast from her past, and Dr. Bishop turns to his feathered friends and enlists homing pigeons to help him break the case.”

Doctor’s Notes
Hot off the heels of Fringe‘s best episode to date comes its worst. “Power Hungry” is a boring, by-the-numbers procedural that weakly nods its head to the previous installment. Just as [[[Fringe]]] proved its merit as innovating and captivating in “The Arrival,” this episode displays just how boring the high concept show can get.

In the episode, the Fringe crew pursues Joseph Meegar, a man who can discharge high amounts of electricity due to the experiments enacted on him by a scientist named Jacob Fischer. Meanwhile, Olivia deals with the ramifications of her strange visions of former lover John Scott, who is thought to be dead. By episode’s end, Walter reveals that part of John’s consciousness is actually stuck in Olivia’s brain as a result of their mind-melding in the series pilot. Mystery solved.

We’ll save you the trouble by answering the obvious question: Yes, that’s really all that happens this episode in terms of any plot movement. It’s true that John literally being inside of Liv’s head is fairly unique, but the whole figment-of-the-imagination thing has been beaten to death before. The fact that “The Arrival” concludes with John Scott showing up at Olivia’s home is resolved by him being a mental projection is very boring. Maybe it would’ve more exciting if the previous episode’s ending didn’t hinge on the reveal, but it did. As a result, the answer is wholly unsatisfying, as the mystery behind why Massive Dynamic has Scott’s body ends up being a completely separate entity. 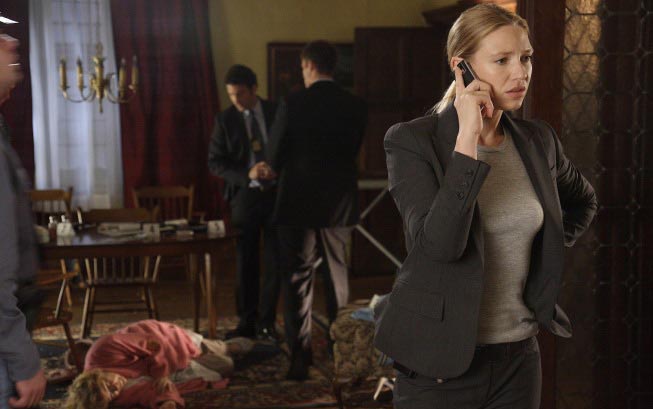 One of the most frustrating parts of Scott’s return is the way it unfolds on screen. After a two week hiatus, Fringe‘s first segment is void of any series regular, focusing instead on the victim of the week, Joseph Meegar. So much focus is placed on this character that the previous episode’s cliffhanger is entirely ignored for a solid six or seven minutes. Adding insult to injury, the case of the electrically-charged man is easily the most boring of the Pattern investigations thus far. Weak mysteries are bound to happen at some point on the show, but it’s very early in the series to present such a lackluster central plot. The writers should be coming out of the gates swinging, not holding anything back.

What’s worse is that when Olivia finally returns to the spotlight, we pick up on her recounting the story to Charlie the following day. The dramatic impact of the cliffhanger is completely eradicated here, if it hadn’t been already. Later, a scene that essentially mirrors the Scott’s initial reemergence occurs. This is the scene where Scott finally gets some dialogue, telling Olivia information vital to the case at hand. The question, though, is why waste the time and budget on this scene when the same information could have been conveyed by continuing of last episode’s cliffhanger? The whole scene felt totally arbitrary.

Then there’s Olivia herself. Other than her scene with Charlie and the later conversation with Walter, Olivia spends the entire episode keeping an amazing poker face about the John situation. In fact, Peter catches her alone in a hallway after she’s just kissed John’s apparition. When asked if everything okay, she gives him the proverbial thumb’s up. It’s hard to determine whether this is bad writing or bad acting, though likely a combination of both. Olivia is working with a team of fringe scientists and investigators, and while the electric man certainly takes precedence, she should have told Agent Broyles about Scott so he could assign someone else to the case while she’s examined. That’s a writing problem. But Anna Torv, who was truly excellent in “The Arrival,” emotes like a rock in between her Scott scenes. It doesn’t even come off as the character compartmentalizing, which would be forgivable. Instead, Torv plays the scenes as though the oddly traumatic experiences never took place. It’s just a mess.

Of course, we can’t forget the enormous impact that Astrid Farnesworth has on the plot this week. Just a bit over halfway into the episode, she has her first line of dialogue: “Yep.” Later, it’s unclear whether she’s asking Walter or the audience when she poses the question: “What’s my name?” Seriously, Jasika Nicole is paid to play this role? That’s gotta be one of the easiest paychecks on TV: walk onto the set for about four hours, mutter maybe eight sentences total while looking really cute, then go home. If anyone knows how to land a job like that, please write in — inquiring minds want to know. This character needs to go. 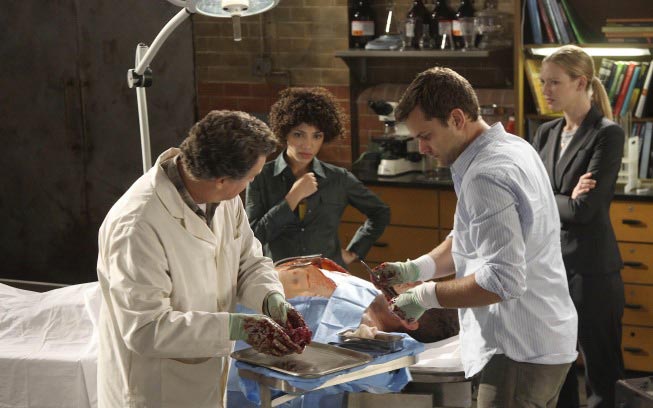 It’d be dishonest to say that this was a completely flawed episode. One of Meegar’s electric freak-outs results in his employer’s arm being torn to shreds in a machine. It’s entirely cringe-inducing and one of the grizzliest display of violence on network television in recent memory. And, of course, John Noble is a delight as always. It’s unfair to the other cast members that Walter Bishop gets the best dialogue every week. This time, his gleeful uttering of “wool socks” while merrily creating static electricity takes the prize.

At the end of the day, Fringe suffers from what will be labeled as “Mets Syndrome.” Like the New York baseball team, this show has an enormous amount of talent behind it. J.J. Abrams, John Noble and Joshua Jackson (*cough*) among others lead the pack of creative forces that should always deliver a superb package. Make no mistake, there are plenty of awesome moments that get you out of your seat and cheering for the big win. But unfortunately, as is sadly the case with the Mets, Fringe often falls short of its potential and winds up on the losing end. “Power Hungry” perfectly demonstrates the varying degrees of enjoyment (or lack thereof) that fans can expect from the show. With only five episodes under its belt, that’s not a good sign at all.

Fringe gets too “Power Hungry” for its own good in this formulaic, by-the-numbers episode, resulting in an awful follow-up to the terrific “The Arrival.” The poor response to a two week cliffhanger as well as a boring case of the week combine to create the weakest installment of the series thus far. And Astrid needs to be shot in the face. The end.

The Next Case: “The Cure”

From Fox: “After weeks of being reported missing, a woman with a rare disease resurfaces in suburban Massachusetts and inexplicably causes excruciating pain and subsequent death to those she encounters. As the gruesome scene is investigated, dangerous levels of radiation are detected, and unusual circumstances surrounding the case point to illegal human drug trials and possibly something even more sinister. Meanwhile, Walter obsesses about cotton candy, Peter strikes a bargain with Nina Sharp and a startling piece of Olivia’s past is revealed.”