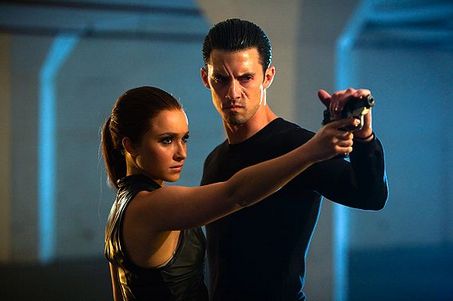 Those of you who left [[[Heroes]]] after the debauchery that was season two may want to make a return to the show for this season, because if the first two episodes were any indicator, this season is going to be exactly what comic book and TV fans alike have been waiting for.

Where we left off

The virus from the second season was contained by the heroes. Adam (the immortal man) was taken away by Hiro, while Nathan, Peter, and Matt decided that it’s time to tell the world exactly who they are. Right before Nathan’s big “outing”, he was shot by a mysterious man and presumed dead. Sylar escaped the clutches of Elle and the company, only to realize that his powers were coming back. Nikki went on a quest to save her cousin Monica from evil drug dealers when she was trapped in a building when it exploded. Finally reaching Suresh, Maya, the girl with the power to kill people when she cries, begs him to help her get rid of her powers. All this while Noah (HRG) is captured and put into custody by the Company, and Claire is safe in Texas, for now.

Between the backlash that the show received online from the fans, and the untimely writers’ strike, this show went through quite a few last minute changes, cutting the season in half with only 11 episodes. Originally, the plan was to have Sylar off the series for a while, while actor Zachary Quinto worked on J.J. Abrams’ [[[Star Trek]]], but due to the episode cut, they were able to work around his schedule, and have Sylar back in full swing for this season. Many other things were changed due to the negative response the show runners got from the fans.  One big change for this season was a lack of superfluous characters. The “Spanish wonder twins”  —   Maya and her dead brother — were a big problem for the online community, and Maya’s role will take a whole new — and far less whiney —  turn this season. Also, Nikki’s cousin Monica, who had the ability to mimic any action she saw on TV (much like any 11 year old boy) will be completely gone this year, and whether she’s even mentioned in dialogue or not is still unknown (ie. “Boy, things have been quiet here ever since Monica left to fight crime in Ireland”). Along with those changes came new character arcs, which may or may not fall in line with the consistency of the show. For instance; the “my two dads” storyline in which Suresh and Parkman took care of the child Molly, will be abolished. In fact, Suresh goes through a whole new metamorphosis this season, both physically and emotionally.

Finally, the biggest change in the show, and the best element of the two-part premiere; the pacing and revelation of the plot. A major problem with the series in the past was that it took six episodes for anything noteworthy to actually happen. In the first two hours, we get more questions answered and action-packed moments than you could ask for. Of course there will still be bigger questions to be revealed at a later episode, but you can thank the formula of modern hour-dramas for that. 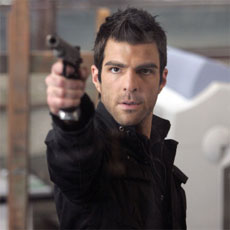 Where we are now 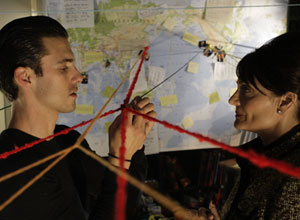 The first hour alone leaves jaws almost to the floor with the amount of twists and turns. Without giving away too much; Angela Petrelli assumes a new title, which will rock the heroes’ worlds, and reveals a biological secret that could change everything. Mohinder comes across a serum (out of nowhere) that will give anybody superpowers, and decides to become his very own lab rat.  Sylar, now with his newly restored powers, decides to go after Claire for hers. Parkman finds out who shot Nathan and gets banished to the middle of the Africa, where—believe it or not—he finds some more Tim Sale paintings.All of this, and much more time travel play.

The overall theme for this season’s 13-episode fidrst volume is “Villains”. We get a look at a handful of supervillains as they get released from “not-Arkham” in the very first episode. This season will be all about the good vs evil contrast, as former alliances are shattered and crazy new one’s are formed. And there is even a formation of a “legion of doom.” Does this mean we’ll get an official superhero team-up?

More to look forward to this year; some great cameos as Malcolm McDowell and George Tekai reprise their roles, while William Katt ([[[Greatest American Hero]]]) and Francis Capra ([[[Kazaam]]]) show up . Plus, we even get an appearance from Nathan and Peter’s father, played by Robert Forster ([[[Jackie Brown]]]).

Overall, the season opener kept the ball rolling, and helped rid any lingering doubt that was brought on by season two. There may be some storyline spillover from the mistakes that were made in the past (Maya still seems to be whining), but for the most part this could mean that NBC may just have a decent sci-fi series on their hands, which is very rare. Definitely worth a watch, and if you’re not caught up you may just want to read up on what happened in season two, instead of sitting through it.