A Day In The Life Of A ComicMix Guy 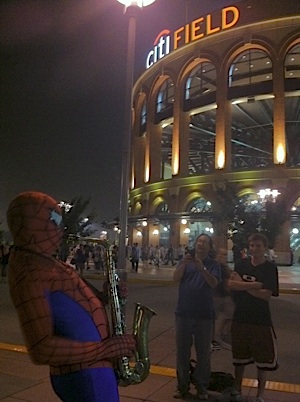 People occasionally ask me: so how do you fill your days working for ComicMix? Here’s what I did yesterday…

After getting up around 10 AM (because I’d been working overnight on various programming changes for the web site) I went into New York City to have lunch with authors [[[Dave Smeds]]] (X-Men: Law Of The Jungle), [[[Aaron Rosenberg]]] (World Of Warcraft, Eureka), [[[David Alan Mack]]] (Farscape: Scorpius for Boom!, Star Trek: Vanguard) and ComicMix contributors Alexandra Honigsberg and Kim Kindya, among others.

Headed off to a post-lunch survey of comic book stores, where I discussed with the owners about DC’s digital plans, and the meeting that DC will be having on Friday between their executives and various comic book store owners. We expect there to be fireworks a bit early this summer.

At one of the comics stores, also caught up with [[[Michael Uslan]]] (executive producer of the Batman films and author of [[[Archie Marries…]]]) who revealed that he’s in town to speak at the United Nations on Friday with Jerry Robinson (Batman artist and creator of Robin and the Joker) to address political cartoonists from all over the world.

Then after a brief meeting with a possible investor, I hopped a subway to Citifield, where I sat in Joe Quesada-provided seats with Peter David and his family to watch the Mets battle the Oakland A’s. Joe was a gracious host, and Peter and I spent a lot of time discussing an upcoming project of his we’ll tell you more about later this week.

It was a looooong game– started an hour late due to rain, and went to 13 innings. (The Mets won on a bases-loaded hit-by-pitch with two outs.) Between innings, I also played chess with Marvel Senior VP of Publishing, Tom Brevoort. I think it’s mate in seven moves, but I’m not sure for which of us yet. 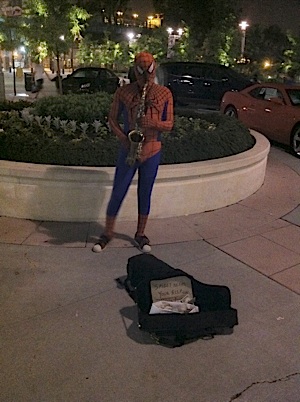 But after the Mets victory, as I headed towards the number 7 subway station, I saw one more comics tie-in– our Friendly Neighborhood Spider-Man was there, alternately serenading us with Take Me Out To The Ball Game and his own theme song.

Then back here, setting up a few more things for the site before I had to drive a friend to a 5 AM flight. And after I get back from the airport, the morning press releases will be coming in.

So how was your day?