There have been some sad attempts at live-action super-hero shows over the years. On the other hand, Smallville has done pretty well for itself, going strong for eight seasons now. Heroes on NBC has made many TV fans question what may have been a dismissive attitude towards super-hero stories. And shows such as Buffy, Angel and The Dead Zone have shown that many folks out there enjoy stories about people who have unique abilities and fight evil.

So we at ComicMix pondered “what other super-heroes could work if brought to life on the small screen?” Personally, I think there are tons that could be great. But because none of us have that kind of time, we stuck by our habit of keeping the list down to six. 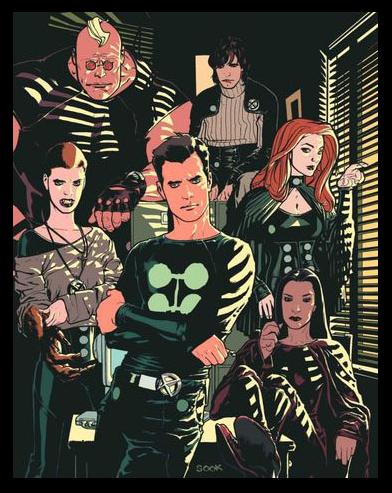 There have been shows before about mutants, people born with special abilities. But what about a show featuring people who have such powers and choose to become private investigators instead of super-heroes?

In the newest X-Factor series, that’s exactly what happens to several. Led by Jamie Madrox (formerly the hero known as “Multiple Man” for his ability to create duplicates of himself), X-Factor Investigations is a team of mutant investigators who are there to help people (particularly, fellow mutants) who aren’t being helped by the police. Likewise, they investigate strange happenings that affect the mutant community, things that the government may be trying to cover up. The members of X-Factor Investigations believe in what they’re doing and they’re good at their job. If only they could stop arguing with each other and get past all their relationship drama.

A show like this would break a lot of expectations, putting a detective spin on stories rather than falling on traditional costumes and secret identities. There would be murder, intrigue, conspiracies, romance, and lots of sarcastic banter to keep you interested. 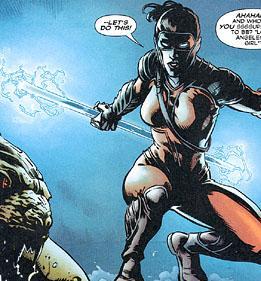 Audiences love shows about crusading lawyers. So here’s Kate Spencer, a prosecutor who gets fed up with how many criminals and super-villains are released back into society. Deciding she’d had enough, Kate steals several recovered super-hero weapons from police evidence lock-up. Calling herself the Manhunter, she hunts criminals who beat the legal system.

Along with the action scenes, this show would entertain folks with how layered the character is. Not only does she have to occasionally look at herself and wonder if she’s being the biggest hypocrite in the world (lawyer AND vigilante), but she’s also trying to balance her career and super-hero activities with her responsibilities as a single, divorced mom. That’s some good drama right there, people!

You think the rich teens of 90210 have it hard? These kids got ’em beat. Imagine, your parents have an annual social gathering with their friends. So each year, you’re forced to hang out with a bunch of other kids with whom you have nothing in common other than the fact that your parents all somehow know each other. We’ve all been there and it’s lame. But then one night, you and the other kids discover a horrible secret. Your parents aren’t just friends … they’re a secret cabal of super-villains who want to take over the world. And you’ve inherited their powers.

Being a teenager is bad enough when you’re trying to deal with having a crush on your friend or you’re figuring out how you fit in with a group you really don’t know. Now add to that the fact that you’ve got super-powers you can’t control and are on the run not just from your parents but from child protective services and the cops. With a healthy mix of teenage comedy, angsty drama and special effects, you’ve got yourself a hit. 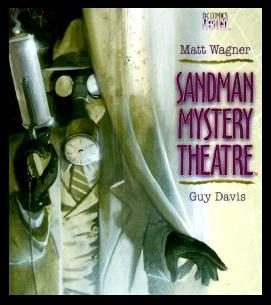 Mad Men has shown us that period pieces can work if you get them right. So imagine, if you will, a noir series taking place in the late 1930s, starring a man who is driven to hunt down serial killers and terrorists by nightmares that show him crimes before they happen. A man who whispers eerily through his gas mask as he later hunts down these same criminals in the dead of night, armed with martial arts skills and a gas-gun of his own creation.

People are drawn to stories with elements of the unexplained and the occult. Look at The Dead Zone, Ghost Whisperer and Supernatural. So why not give audiences a super-hero more steeped in mysticism than science fiction? With his horrible nightmares and creepy disguise, Wesley Dodds AKA The Sandman mixes genres of suspense, crime drama and horror genres.

Sometimes you just want a show to be fun. This recent Wildstorm series has been a huge hit for its originailty and silliness, taking place in a California town called Tranquility where super-villains and super-heroes go to live out their golden years. And talk about a cast of enjoyable characters. You’ve got the hot-tempered Sheriff Lindo who tries to keep peace in a town where at any moment a retired super-villain might see their old arch-rival sitting across from them at a diner. You’ve got Mayor Fury, an elected official who strangely still sees the need to wear a mask. You’ve got Col. Cragg who seems to embody the anti-thesis of modern day political correctness, speaking very biased opinions without any clue of how ludicrous or ignorant they might seem. And you’ve got the occasional young whipper-snappers and newbie super-villains who want to make a name for themselves by stirring up trouble with the old timers.

All in all, this could be a feel-good show that makes you both ponder and laugh. I mean, don’t you think that Picket Fences would’ve been far more interesting if Tom Skerritt had occasionally let loose with heat-vision? I think my point is clear. 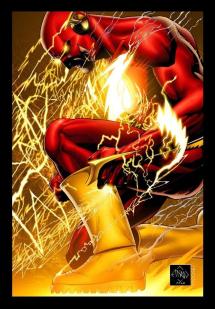 Yes, I know it was done before. But that was nearly twenty years ago and I think we could give it a better shot now. Barry Allen AKA the Flash (the second hero to use that name) is a forensic scientist and a super-hero. So imagine CSI if Grissom had possessed super-powers. How cool is that?!

Since the Flash is part of a legacy of super-heroes, you could really take your time to adapt the comic book history and turn it into a nicely paced TV saga. In the first season, Barry gets his powers and is inspired to become a super-hero, inspired by stories about a heroic speedster who operated during World War II and was called the Flash. By the end of the first season, Barry’s just gotten used to his powers when super-villains suddenly start appearing.

In the second season, Barry’s new villains team-up and form the group The Rogues, making life more difficult. But then Jay Garrick, the original Flash from WW II, comes out of retirement to help Barry and teach him things he never realized about his powers.

The third season could show Barry thinking he now is experienced enough to handle any super-villain, when suddenly he meets his deadliest enemy Eobard Thawne, the psychotic “Reverse-Flash” who has all his powers and knows all his secrets. But to balance out this darkness, the third season also has Barry finally asking his girlfriend Iris to marry him and then meeting her family, including her hot-headed nephew Wally West. In the season finale, Wally would suffer an accident that gives him powers identical to Barry’s.

Finally, the fourth season would have Barry training Wally in his new powers, making him his sidekick “Kid Flash.” Together, Wally and Barry could begin investigating just what is the mysterious connection and secret behind so many people being blessed with superhuman speed.

See that? I just came up with four seasons worth of stories already! And if the actors started deciding it was time to leave, you could just have Barry die and let Wally replace him as the new Flash, just like what happened in the comics. It wouldn’t be a TV series about a single super-hero so much as the saga of the legacy of lightning. It would be ground breaking! Someone call up Warner Bros. already!

Anyway, I think it’s time we wrapped this up. We hope you enjoyed this list. Other honorable mentions were Fallen Angel, Birds of Prey (if they did it right), Planetary, Avengers Initiative, GL Corps and the Legion of Super-Heroes (yeah, we know they’re sort of coming to Smallville this season).

And if you have ideas of your own, feel free to leave us a comment with what you’re thinking!

Alan Kistler actually wrote a Flash movie script when he was in college. That’s how much of a geek he is. He has been recognized by mainstream media outlets as a comic book historian and can be seen in the “Special Features” sections of the Adventures of Aquaman and Justice League: New Frontier DVDs. His personal website can be found at: http://KistlerUniverse.com. One of these days he’d love to write for DC, Marvel or Doctor Who.