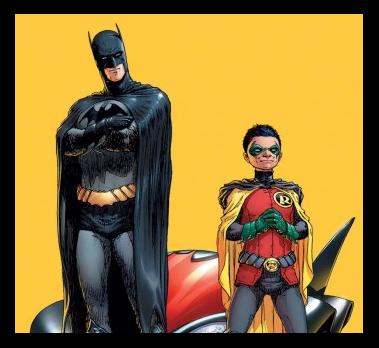 This week Grant Morrison and Frank Quitely have brought us the new Batman and Robin #1, featuring the brand new partnership of Dick Grayson as Batman and Damian Wayne as Robin.

But did you know this isn’t the first time someone has stepped in as the Dark Knight or attempted to replace Bruce Wayne? Here is a list of six other blokes who have donned the famous cape and cowl.

SUPERMAN – Ever since the 1950s, there have been times where Superman and Batman have had to impersonate each other in order to protect their secret identities or to fool criminals. This also happened in the Batman/Superman animated series from the 90s in the episode “Knight Time”. With Batman missing, Superman donned the cowl and surprised several Gotham criminals who concluded that the Dark Knight must have somehow gained supernatural powers. 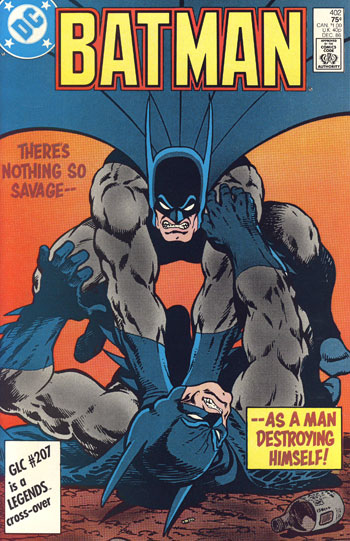 TOMMY CARMA – A cop who tragically lost his family, Tommy Capra decided that Gotham needed a Batman who employed more lethal methods. In Batman #402
and #403, he did his best to accomplish this himself before being
caught and imprisoned, only to then begin attacking innocent orderlies
who he became convinced were actually Two-Face and the Joker.

Years later, three police officers were recruited by the villainous Dr. Hurt and were also trained to be lethal versions of the Batman.

ROY KANE – In a three-part story-arc by Batman screenwriter Sam Hamm (Detective Comics # 598-600), the athletic Roy Kane met Bruce soon before our hero recieved some serious injuries. Bruce was in the middle of a serious case and was also being accused of espionage and couldn’t accept that now he would be bed-ridden and unable to do anything about it. But recently discovered mind-control technology provided an answer.

Roy Kane donned the Batman costume and then Bruce took over his mind, animating the athlete’s body so that the Batman could still pursue justice. Roy was happy to help out but, unfortunately, was later killed when he attempted to battle several criminals alone. 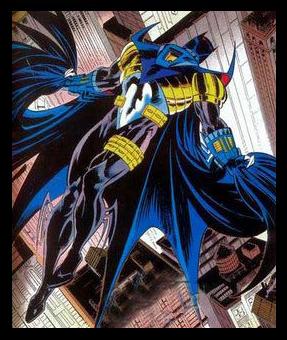 AZRAEL – Introduced in the mini-series “Sword of Azrael”, Jean-Paul Valley was literally born and bred to be an Azrael, latest in a long line of fighters mentally programmed to be assassins. After they fought, Bruce realized that Jean-Paul was not a bad person and needed guidance. Bruce and Robin took in Jean-Paul and began training him.

Months later, in the story “Knightfall”, Bruce recieved serious injuries that looked like they might’ve ended his career. Not wishing Gotham to realize the Batman was out of action and figuring that Dick Grayson had gone off to pursue his own career as the hero Nightwing, Bruce asked Jean-Paul to become the new Batman. But after a few weeks, Jean-Paul’s training as Azrael began to take over, making him more bloodthirsty and brutal until he finally had to be taken down by a now-healed and re-trained Bruce Wayne (which happened in the story “Knight’s End”).

Jean-Paul Valley later assumed the Azrael guise again, this time attempting to be a super-hero in his own right. Years later, he was killed in action. In the wake of Bruce Wayne’s apparent death, a new Azrael has recently appeared, clad in a suit of armor Bruce had been given by Talia al Ghul, daughter of his arch-enemy Ra’s al Ghul.

DICK GRAYSON – You know, of course, that Dick has begun a new career
as the Batman in Morrison’s new series. But this is actually the second time he’s donned Bruce’s
outfit. Years back, following the events of the story “Knight’s End”,
Bruce decided to lay low for a couple of weeks in order to re-evaluate
his mission and also to set up satellite Batcaves throughout the city
in case he’d ever need them in the future.

During these two weeks (depicted in the story-arc “Prodigal Son”), Dick stepped in as Gotham’s Dark Knight.
Though he did a good job and fought a variety of villains, Dick stated
several times that he did not feel comfortable in the role and did not
truly wish to become Bruce’s successor. Recently, Dick has admitted
that these feelings were becuase becoming Batman would mean that Bruce
was truly gone. 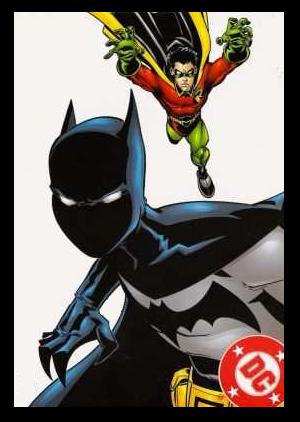 TIM DRAKE – The third Robin, Tim is still a teenager. However, in the crossover story “Sins of Youth” he was artificially aged into adulthood while Batman was de-aged into being an adolescent. Not wishing Gotham to believe that Batman was gone, Bruce switched costumes with Tim, allowing the young hero to be Batman for a night.

Tim found the role very daunting, as he was forced to adjust his behavior and attitude so that people would not recognize him as an impostor. What’s more, seeing that the costume did not quite fit him was a disappointing indicator that he would not grow up to be as tall or muscled as his mentor. The experience was also the final proof he needed of something he’d known for some time, that he never wanted to be Batman when he grew up and would be fine simply retiring as an older Robin one day.

That about wraps it up, folks. We hoped you enjoyed this little history lesson. Until next time, cheers!

Alan “Sizzler” Kistler dressed as Batman once in Junior High. The beating that ensued lasted 17 minutes. He has been recognized by Warner Bros. Pictures and mainstream media outlets as a comic book historian, and can be seen in the “Special Features” sections of the Adventures of Aquaman and Justice League: New Frontier DVDs. His personal website can be found at: http://KistlerUniverse.com. One of these days he’d love to write for DC, Marvel or Doctor Who.