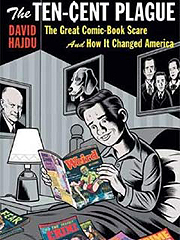 Over the past few years, I’ve come to believe that not everyone gets the same education, even if schools and transcripts are identical. Some folk mentally compartmentalize: church goes here, family here, school stuff here, life in general there. So when they pass tests on what they’ve heard in classrooms, and at the end of a span of time, usually16 years and some august personage hands them a rectangle full of fancy lettering, they’re done with it. No more schooling, and no learning above what’s needed to live comfortably. Schooling in its compartment yonder, not touching this compartment, which is where we live.

That seems particularly true for liberal arts types, and vastly less true for engineers, doctors, dentists – students who go to the universities to acquire skills.

Although it’s been encouraged and enabled by the current “No Child Left Behind” calamity, which seems to be all about passing prefabricated tests and not at all about learning, this just pass the test attitude is not new. My favorite college professor, from whom I took at least six courses, told us that we’d better join the Book of the Month Club; if we didn’t, we’d probably never read another book after graduation. He was admitting that he wasn’t in the business of encouraging curiosity and a love of books and what’s in them. Rather, his task was just to help us grind through the requirements, pick up the sheepskin and…what? Remember to pay taxes. Don’t raise a fuss. Hang the sheepskin in the foyer, where visitors will see it.

The problem, I think, is this: There might be information over in the school compartment that is relevant to the contents of the living compartment. It might supply answers, or at least stimulate thinking.

Left in the ghetto of the school compartment, denied access to other compartments, and it is useless, and it will die. Worse, its lack might cause you to blunder.

This excellent book tells how the comic book business was horrendously crippled, and hundreds of people thrown into unemployment, because the public believed authorities. Some, if not all, of these authorities, had self-serving agendas and very few of them even went through the motions of trying to validate their assertions. But then, nobody, from fretful PTA members to editorial writers, was demanding any proofs. They were just organizing book burnings.

Let’s recapitulate: citizens believed, and acted on, the claims of those whose positions in society were their only credentials. Very little doubt, very little questioning, just a rush to judgment.

We’re in the sixth year of a war that was initiated because of invalidated claims made by individuals who had much to gain by making them, whose expertise was, at best, dubious.

Am I conflating the 1950s collapse of comics publishing with Iraq? Well, the parallels do exist. But bad as the comics’ debacle was, the Middle East situation is far worse. So forget comics. But remember what you learned about…oh, say, the Spanish American War or the Vietnam War. The data is there somewhere, moldering in a compartment.

Dennis O’Neil is an award-winning editor and writer of Batman, The Question, Iron Man, Green Lantern, Green Arrow, and The Shadow – among others – as well as many novels, stories and articles. The Question: Poisoned Ground, reprinting the second six issues of his classic series with artists Denys Cowan and Rick Magyar, is on sale right now, and his novelization of The Dark Knight movie.