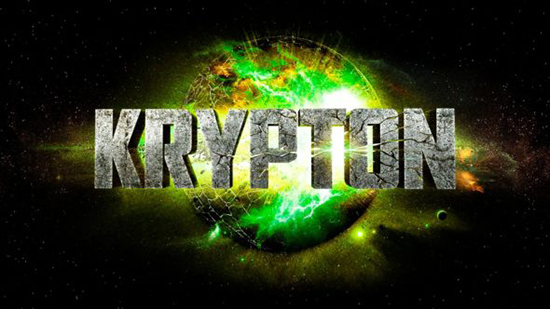 I’ve been a fan of Superman since I was a wee lass – ever since watching that first Christopher Reeve Superman movie on TV. While the X-Men are relatable and Batman is cool and Deadpool is dark yet hilarious, Superman remains the ideal – the symbol of hope and the hero we should all strive to be.

I haven’t watched or read every shred of Superman that’s ever been produced, but I have consumed quite a lot of it; and even when I consider a particular portrayal to be an utter failure to embody Superman (hello, Man of Steel!!), I’m always willing to give the next iteration a chance. I mean, hey – how can you call yourself a Superman fan if you don’t have hope? 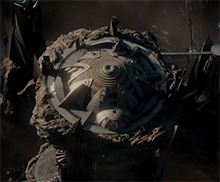 But with all the Superman that’s out there, there’s one part of the lore we hear about but still don’t generally see much of – a place that’s almost as much of a mystery to Clark Kent as it is to us. It’s the place of his birth – Krypton. Since a foundation point of the Superman mythos is that it was destroyed as he flew away from Krypton as the last survivor, it makes sense that we don’t often get to experience it in depth. Sure, we’ve seen flashbacks, and alternate universe versions, and the bottle city of Kandor; but we haven’t really lived and breathed Krypton.

The planet and culture have always fascinated me – when creators do approach or reference it, its laws and customs are often portrayed as stern and unyielding, despite its supposed advances in being civilized (and in the sciences particularly). As a lawyer and political theorist, I’m always interested in how societies are structured – and the success or failure of said structures. Not to mention it’s just plain cool to see a fully envisioned alien culture. I do sometimes feel that no one has quite done it justice yet; which isn’t surprising, since Clark Kent and Superman, not Krypton, are by default the focus of Superman stories.

For all the faults I found with Man of Steel (and I mean alllllll the faults. So many faults. Let me count the faults.) one thing I did like in that movie was the glimpse we got of that movie’s vision of Krypton. So I’m definitely interested in another modern take on the planet. 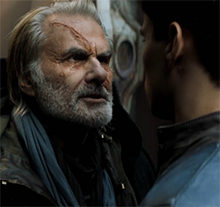 The upcoming Krypton show, which is coming to SyFy in 2018, aims to give us just that. It does have a serious challenge to overcome – giving us a version of Krypton and its inhabitants that both fits with why fans like Superman and also invests us in the fate of the pre-Superman alien culture and family. Given all the times Clark Kent’s human upbringing have been contrasted with the Kryptonian way of doing things, that may be a difficult bridge to cross – but I am more than willing to start that journey with the cast and crew and see where it goes. 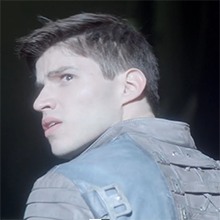 Although SDCC saw the very first reveals about the show and thus there were some things we couldn’t yet discuss, I had a great chat with series star Cameron Cuffe (Seyg-El) and Executive Producers Damian Kindler and Cameron Welsh.

They shared what their vision for this (old) new world is like, what characters we’ll be seeing, and how they approach the House of El.

And happily, I can share that with you too.

Check out the interviews below for more Krypton details. And as always, until next time, Servo Lectio!