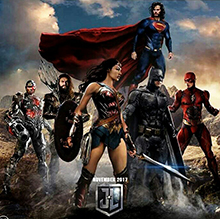 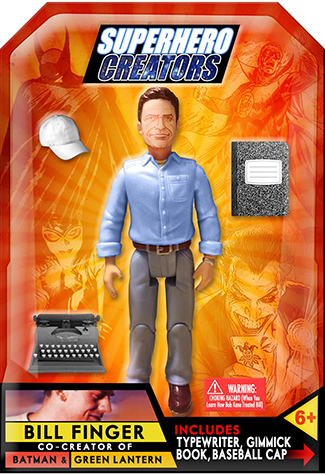 Somewhere in the curly-edged annals of ComicMix – surely such annals must exist! – there must exist a piece I wrote…well, ya know, I’m not really sure when, exactly, I wrote it. A while ago, okay? My subject, or what I’ll assume was a crisp fall day, was how Labor Day has, gradually, over time, assumed the weight and character of what I think of as a real holiday – one that exists because it fulfills a need.

Christmas is a good example: light and fire and feasting combine to celebrate the return of the light after winter’s long gloom. Similarly, Easter: the return of planting season. Thanksgiving and the various fall harvest festivals: cutting and storing enough foodstuff to see the community through the forthcoming cold. All of these occasions and more are tied to nature’s rhythms and marked by change.

So how does Labor Day fit into all this? Well. A U.S. President named Grover Cleveland decided that we as a nation ought to take notice of the contributions of the American working men the blue-collar Joes who created “the new world.” First Monday in September. From now on – Labor Day!” Thus declareth the Prez!

The Prez’s timing was good. Early September: the kids who worked on farms where pretty much done with the summer’s chores. Any family that could afford vacations had probably taken them by the time the leaves began to change. And there were the Big Holidays to brace for. (Where the hell did we store those tree lights?)

Those of us who got graduation documents – that’d be most of us – has busy Septembers. New classes and, ergo, new schoolmates, some of whom just might be cute. New teachers. New clothes. New sports. Streets spangled with decorations. Maybe some sliding and skating and all that other stuff.

And oh, let me not forget the television and the movies – the really honkin’ big films that seem to materialize in the hottest of summer and coldest of winter. Last year, the one we anticipated was Batman vs Superman and when I saw the name “Bill Finger” early in the credits, I thought this won’t be a complete waste of time. I’ll get some satisfaction from seeing Bill finally, after decades, get some of the credit due him. Then I watched the film.

This fall, I guess the Big Flick is Justice League. The story would seem to have some of the same narrative problems that beset Batman vs Superman. We’ll see.

Meanwhile, there’s some superhero stuff debuting/returning to the nation’s flat screened living room pals and that should suffice to keep us geeks from having withdrawal woes.