Ed Catto: On Target with Green Arrow and Richard Gray 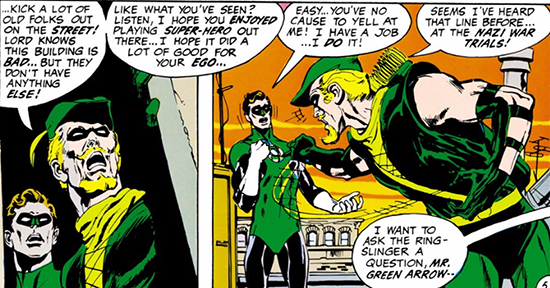 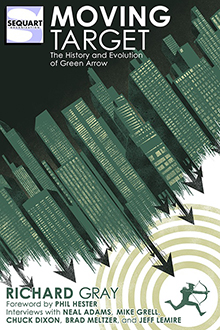 Way back when, Green Arrow was sort of the “always a bridesmaid, never a bride” of the superhero set. For a long time, fans could enjoy a new Green Arrow adventure just about every month, but he didn’t enjoy the headliner popularity of his hero pals like Batman or even Wonder Woman.

That’s all almost forgotten now. Today, so many fans enjoy this modern-day Robin Hood in comics, on TV and with licensed merchandise.

For some, Green Arrow became “a thing” when he debuted on TV, first as one of Superboy’s pals in Smallville and then in his own series. (He was briefly on Saturday morning cartoons before that too.) 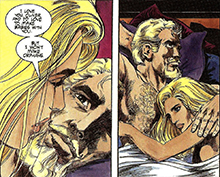 Comics fan, and local dad, Greg Parker started with the TV series and now reads the comics. “In today’s world of income imbalance and overall division, Oliver Queen represents someone willing to do the right thing, whatever that may be,” said Parker.  “Green Arrow has no superpowers. He simply wants to help defend his city from criminals and corruption. This is why we read about superheroes, someone doing the right thing regardless of the consequences to his fortune or popularity.”

For some fans, certain points of Green Arrow’s long comics career was their jumping on point. Many readers started to embrace this character during the groundbreaking Green Lantern/Green Arrow series by Dennis O’Neil and Neal Adams. Or it might have been when he finally headlined his own comic in a four-part mini-series by Mike W. Barr and Trevor Von Eeden. Other fans sat up and took notice during the 90s with The Longbow Hunters comic prestige series and the subsequent ongoing comic series by Mike Grell, Mike Gold, Ed Hannigan, Dick Giordano, Dan Jurgens and so many other talented folks. I should note that this iteration was shepherded by ComicMix’s own Mike Gold. 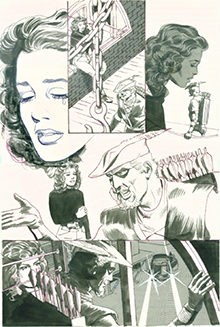 For me, Green Arrow was a “barbershop hero.” As a young boy, I distinguished the tattered comics I’d read in the barber shop from the new comics my dad would buy for me. For whatever reason, the local barber had a lot of old DC Comics with Green Arrow backup adventures. I never gave Green Arrow a lot of thought outside of getting my hair cut.

But one day I finally gained respect for Green Arrow. There was an adventure when a small child was confronted by a wild moose and Green Arrow saved the day with his “Antler Arrow.” I realized it takes a special kind of superhero to anticipate moose-related dangers, I realized.

I always liked the character after that. In my mind, it was years later, during the 90s Urban Hunter phase shepherded by Gold, Grell, Hannigan and others, when Green Arrow really grew up.

And It was during this Urban Hunter era that Green Arrow became a favorite of Australian writer Richard Gray. Those 90s comics were his starting point. Now he’s made himself something of a Green Arrow expert – searching out all the old stories and keeping up with the new comics, TV appearances and merchandise.

Gray wrote Moving Target: The History and Evolution of Green Arrow, which just debuted and is published by Sequart. 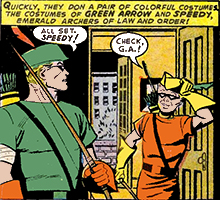 He revealed that as part of his podcast, he had wanted to create one article on Green Arrow. But then he found there was too much to fit into one post. One blog became seven blogs, and that eventually became a book.

As I started my interview with Gray, I first wanted to understand if his Australian POV was similar to that of standard US comic fan. I was familiar with Australian titles like Tip Top (reprinting DC titles in the 60s and 70s), but more recently I had heard about how wonderful the Australian Comic Shops are. And that always seemed to be during the Eisner Awards Spirit of Retailer discussions. Gray explained to me that Australians now get their comics about the same time as stateside fans do. So it’s easy to keep up with Geek Culture and characters like Green Arrow. The direct market made it happen, although he remembers when he started reading comics and every corner had a “card store” that sold comics. 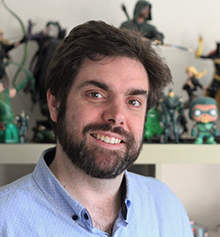 It was really right about the time when Oliver Queen died, and Conner Hawke took over, that Gray became a big Green Arrow fan. His passion for the character was ratcheted up when Kevin Smith started writing the adventures of a “returned from the dead” Oliver Queen.

He’s less enamored with the recent changes to character in the New 52 and Rebirth, although he noted that the GA we know has seemed to return with the legacy elements.

But as the guy who wrote the book on Green Arrow, Gray asserts that for this character, all roads lead back to O’Neil and Adams era.

“It was during that period where they established he was a liberal and wasn’t afraid of standing up to the gods of the Justice League,” said Gray. “In the very first issue of that run – he’s holding up them up to task. But also proving, in the process, that he can be wrong too. Green Arrow’s single-mindedness can be a weakness for him.” 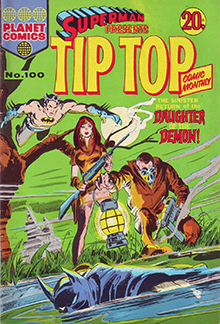 Gray talks about how enjoyed seeing the character struggle as a regular guy. And he mentioned how a favorite Green Arrow story was from that Mike Barr and Trevor von Eeden series. I learned, in my recent research on the cult hit comic Thriller, a bit about this Green Arrow mini-series. Artist Von Eeden was assigned to his mini-series in order to slow him down and keep him from starting work on Thriller.  In retrospect, the Green Arrow series certainly holds up and Von Eeden’s art is spectacular.

There’s so much to Gray’s Moving Target, including:

Moving Target covers a lot of ground with care and detailed analysis. There’s something here for every Green Arrow fan.