John Ostrander: The Family of Sociopaths

Commercials are the point of commercial TV. I realize that, for those of you who do only streaming services, this concept may seem a bit foreign, but your monthly fees take the place of paid commercials, assuming the streaming service isn’t double-dipping.

Advertisers buy time to pitch products and/or services and/or whatever and the amount that the channel can charge is based on how many people are watching and which demographic groups those people represent. That’s why an ad during the Superbowl costs so much. 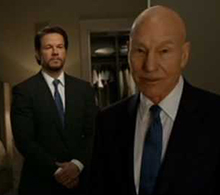 You probably knew all that.

I tend to mentally surf commercials; they’re on but I’m tuned out. Some I wake up for because either there’s some element I like or it really annoys me and I want to throw something at the TV. An example of the former is a commercial with Mark Wahlberg as the spokesman at the end of which his mirror image turns into Sir Patrick Stewart who is, as he says, “more handsome, more talented… and more British.” All of which he is. JK Simmons had been doing a series of commercials for Farmer’s Insurance; it’s always a pleasure to watch JK Simmons. And their theme is memorably goofy: “We are Farmers, bum-da-bumbum bum bum bum.” I also love watching Sam Jackson in just about anything but I won’t get into his credit card commercials until he says “What have you got in your motherfucking wallet?”

I do wonder at the use of CGI English spokesowls. Several companies have them. Why? Why all at the same time? There’s also the use of pieces of classical music in the background of more than a few commercials. I often don’t understand why the use of a particular piece of music in a given commercial but maybe I’m not supposed to understand.

I’m also not a fan of the commercials that try to guilt you, whether it’s to adopt a pet or help a child in Africa or somewhere else. I appreciate that there is a great need but they really hammer on it. It’s gotten so that the moment I hear Sarah McLachlan start singing, I switch the channel. And I like Sarah McLachlan! 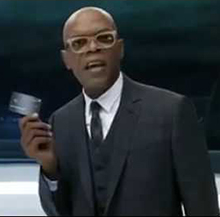 And then there are the commercials that I hate so much, I remember them only so I will never use the company, product, or service being promoted. One is a car parts company that uses animation so cheap and primitive it hurts my eyes. Another is for a travel booking website that has a kindergarten teacher who is totally inept at her job. The kids have completely taken over the classroom and are running riot and all this forlorn cow can do is moan about how she is looking forward to her vacation. Put her on a permanent vacation. She doesn’t belong within five miles of a classroom. Children will die under her watch. She’s the Betsy DeVos of the kindergarten set. I’d change the channel if it wasn’t so much effort to find the TV remote.

The worst commercial is the one for another insurance company. It’s a family – mother, father, ten-year-old boy. We’re in a suburban front yard, Mom has just gotten back from who knows where (I suspect a covert affair) and Dad is holding a cloth to his face. Son reports that Dad got hit in the face with a swing (I suspect the son was on it at the time). Mom groans: there goes our Hawaii vacation. Dad says he really needs to go to the hospital. “There goes the air conditioner,” Mom sighs. Kid votes for going to Hawaii; Mom laughs and agrees, “Hawaii!” Dad appears to reluctantly cave in to the pressure.

This is a family of sociopaths. I’m supposed to identify with them? Please. That’s the problem with a lot of commercials for me – the person using/touting the product is a moron, an asshole, or a creep. Why should I want to buy what they want me to buy?

I understand that, in many cases, I am not the target audience. I can’t help wondering who is. Does the target audience find this funny? Will it entice them to buy the product or use the service? Please tell me it’s not so. I don’t want to totally despair on America.