Mindy Newell: A Madman With A Box 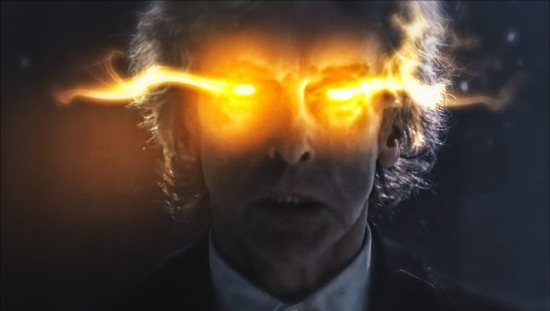 I was going to get political again this week, but it’s too goddamn depressing. Here are some headlines just from yesterday, courtesy of that #FakeNews Enemy of the People publication, that “old Grey Lady,” the New York Times:

And then there are the tweets. After Il Tweetci the Mad – formerly known as “Il Trumpci the Mad” – went on a rampage against Mika Brzezinski and Joe Scarborough this past Thursday – what the fuck is with his obsession over women and blood? How the hell did Ivanka, Marla, and Melania ever get pregnant, much less get near enough to a “man” who is so phobic over natural functions to allow it to happen? It wouldn’t surprise me if he’s one of those guys who has to obsessively shower the minute the act is over – he again went after what is apparently his favorite news media target yesterday morning with this from the Washington Post, another #FakeNews Enemy of the People” publication:

president, President Trump appeared to promote violence against CNN in a tweet.

“Trump, who is on vacation at his Bedminster golf resort, posted on Twitter an old video clip of him performing in a WWE professional wrestling match, but with a CNN logo superimposed on the head of his opponent. In the clip, Trump is shown slamming the CNN avatar to the ground and pounding him with simulated punches and elbows to the head. Trump added the hashtags #FraudNewsCNN and #FNN, for ‘fraud news network.’”

What the hell is with that “man” and CNN? Did Jane Fonda once laugh in his face, and then went on to marry CNN’s founder, Ted Turner? Is it a secret beef with Ted Turner himself, some kind of schoolboy rivalry?

And then there’s this, again from the Washington Post:

“This year, top White House staff members warned that the National Enquirer was planning to publish a negative article about us unless we begged the president to have the story spiked,” Brzezinski and Scarborough wrote in The Washington Post. “We ignored their desperate pleas.”

On their MSNBC show, Brzezinski and Scarborough elaborated.

Scarborough: They said if you call the president up and you apologize for your coverage, then he will pick up the phone and basically spike the story. I had, I will just say, three people at the very top of the administration calling me. And the response was like, ‘Are you kidding me?’ I don’t know what they have. Run a story. I’m not going to do it.

“The calls kept coming and kept coming, and they were like, “Call. You need to call. Please call. Come on, Joe, just pick up the phone and call him.” 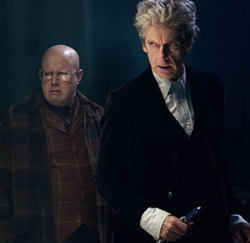 Brzezinski: “And they were pinning the story on my ex-husband, who would absolutely never do that, so I knew immediately it was a lie and that they had nothing. And these calls persisted for some time, and then Joe had the conversations he had with the White House, where they said, “Oh, this could go away.”

Do you understand what is going on here? Do I need to spell it out for you? Okay then. E-X-T-O-R-T-I-O-N.

But I’m not going to get political this week, because it’s too goddamn depressing. So let’s talk about fun stuff.

Fun stuff like “The Doctor Falls,” the finale of the 10th series of Doctor Who, which aired on Saturday night. Continuing my spoiler-free zone from last week:

It was thrilling. It was hilarious. It was heartbreaking. There were easter eggs and callbacks galore. It was regenerating rejuvenating. (Hint! Hint!)

And the second spoiler belongs to both Steven Moffat, as he heads towards the exit with a giant fuck you!!! to that “man,” and to the magnificent Peter Capaldi (he just nudged Tennant out of my “Number One Favorite Doctor” spot), who upped the ante once again…

The Doctor is preparing to make his final stand against the Cybermen, and is trying, pleading, with Missy and The Master to stand with him:

“Winning? Is that what you think it’s about? I’m not trying to win. I’m not doing this because I want to beat someone … or because I hate someone or because I want to blame someone. It’s not because it’s fun. God knows it’s not because it’s easy. It’s not even because it works because it hardly ever does. I do what I do because it’s right! Because it’s decent. And above all, it’s kind. It’s just that. Just kind. If I run away today, good people will die. If I stand and fight, some of them might live… maybe not many, maybe not for long. Hey, maybe there’s no point in any of this at all, but it’s the best I can do, and I will stand here doing it until it kills me. You’re going to die, too, someday. When will that be? Have you thought about it? What would you die for? Who I am is where I stand. Where I stand is where I fall.”