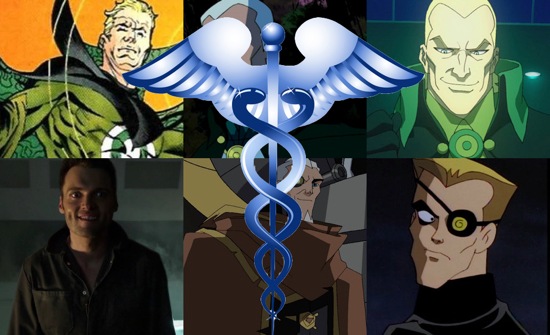 Since the last time we were together discussing things of great (or minor) import to the universe, I’ve been to the E.R. twice. Yep, no half way measures for this kid – you gonna screw things up, screw things up big time!

Well, actually, I didn’t do it. It was done to me.

It started a week ago last Saturday. I got up to go to the bathroom at 6:30 AM (normal) and things were fine. I got up again to go at 8:30 AM and I couldn’t get out of bed. My balance was completely shot. My equilibrium was gone. Vertigo is not just a name of a DC imprint. I had written Count Vertigo in Suicide Squad many years ago and it seemed he had caught up with me and was exacting revenge for any and all trials I had put him through.

For me, the sense of vertigo was less of the room spinning and more of the floor dropping out from under, not unlike an elevator plunging down a shaft or a roller coaster just as it reached the top of the first hill and starts crashing downwards. For the record, I’m not a fan of rollercoasters because of that sense of vertigo you get at the start.

An ambulance came and whisked me away to the E.R. where I was examined, tested, and otherwise checked out. My brain underwent a CAT scan and no cats were revealed. I’m not sure if anything else of substance was revealed to be in my head; the doctor didn’t go into that. At least it appeared that I had neither a stroke nor a heart attack.

You spend a lot of time at an ER in between tests just lying there. I dozed a bit. I thought I heard the paging system asking for “Dr. Howard, Dr. Fine, Dr. Howard.” I am nothing if not a child of my culture – pop culture.

It was decided that I had a bladder infection which may have affected my balance. I was sent home with antibiotics, a pill to combat dizziness, another to combat nausea, but nothing to deal with general goofiness. This is a good thing as that’s how I make my living. As a friend once commented to me “John, you’ve proven there is no money to be made in growing up.”

I was also instructed to follow up with a visit to my GP. Since one was already set up for that Thursday, we all decided I could see the doctor then. So I did, feeling a little woozy that day, a bit fuzzy, and not right in my head (well, in the inner ear where my balance is supposed to be found).

Mary and I got there early (for a change) and eventually found me in an exam room. Little did I know I was going to fail that exam. Vitals were recorded, info was taken from the visit to the E.R, and they checked my blood pressure. After seeing the numbers, the nurse double checked on the other arm and then went to get the doctor to come in immediately.

I had dangerously low blood pressure. Doc Z the GP reviewed it all and then told me, “John, I don’t think you’re going to like hearing this but I’m sending you back to the hospital.” He was right, I didn’t like it but saw the wisdom of it. There was a chance that the bladder infection was backing up into a kidney. That could result in sepsis and I’ve been there before, thank you very much.

Doc Z said it wasn’t urgent but I needed to go now so Mary drove me back to the same E.R. I had visited the previous Saturday. And again I had an EKG and another CAT scan, this time of my bladder and kidney. Once again, no cats were found there but neither were any kidney stones. My bladder was appropriately empty and the infection was declining.

So again I was sent home. Medical science seemed to be unsure what was causing vertigo but it has been declining. I asked if Dr. House was available for a consultation but his show was canceled and he was not around. Maybe just as well.

So I’m home. Mary has been filling me with her excellent chicken soup and all around taking good care of me. Despite a relapse this morning, I’m stumbling less. I’m adapting. To help me get to the bathroom in the middle of the night, Mary has arranged some of the dining room chairs so the back is to me which allows me to lurch from one to another. I pretend I’m Spider-Man, swinging on his web from building to building. Thwip! Thwip!

By the way, having a full bladder in need of venting in the dark with cats demanding your attention by trying to trip you while at the same time feeling vertigo as you race to the toilet should qualify as an Olympic event. Or at least a good training exercise.